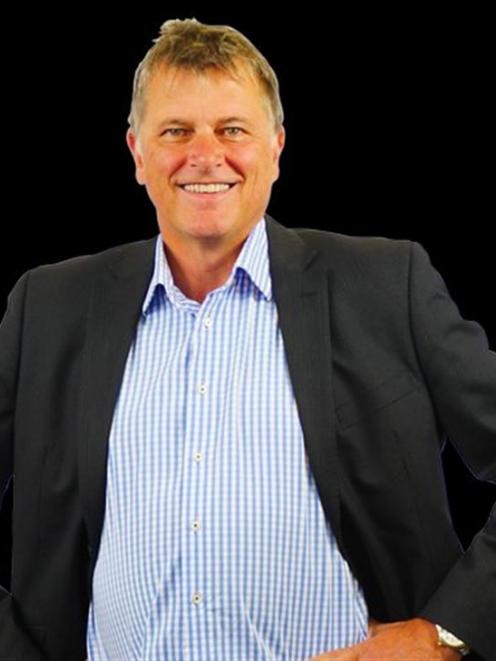 The Hawke's Bay consultant charged with overseeing the $300 million rebuild of Dunedin Hospital says he will listen to the community, and he cites the controversial food services decision to back his claim.

Southern Partnership Group chairman Andrew Blair (59) is also a Hawke's Bay District Health Board member, and that board voted unanimously to turf out the proposal to award its food service to the Compass Group.

In the South, the multinational takes over hospital kitchens in a couple of weeks.

''The Hawke's Bay [DHB] didn't [accept it] - that might give you some comfort about my attitude to the voice of the community.''

Mr Blair says he understands the role of health boards in regional economies, and that people care about local jobs.

''That was one of the reasons that the Hawke's Bay DHB didn't go into the national scheme on food, because of, among other things, concerns around the impact on the local economy.''

Mr Blair, who started in the role last week, acknowledged the delays in the project, but said he was new and needed time to learn about it.

''People need to have a little bit of patience. I understand there's a lot of frustration about past delays.''

Originally, the proposal was supposed to go to Cabinet this year.

Dr Coleman's office confirmed to the Otago Daily Times on Friday the Cabinet would not consider the project until the ''latter part of next year''.

His appointment is for three years, and may be extended.

On the governance group, there are three other men, none of whom have met. One item on the agenda is a visit to Dunedin.

He has not been involved in a big public hospital rebuild, but oversaw building in the private health sector.

''I'm at the stage of my career where I'm only taking roles where I feel I can make a positive contribution and make some sort of legacy impact,'' Mr Blair said.

''At the moment in the health sector in New Zealand, what better opportunity is [there than] the development of the much-needed facility in the Dunedin region?''

He said no-one has raised the possibility of the build being a public-private funding partnership.

He hoped the rebuild would not become ''politicised'' but ''sector groups'' might stir up controversy.

The group would oversee a review of services to decide what went into the new clinical services building.

He was keeping an open mind, and could not comment on the long-term future of neurosurgery.

A relationship he wants to look at is between Dunedin Hospital and Otago Medical School, but it was too soon to talk about issues.

Association of Salaried Medical Specialists executive director Ian Powell said he was surprised Mr Blair was selected to lead the group, but said he did not know much about his expertise.

He was pleased the group includes Andrew Connolly, an Auckland surgeon who is chairman of the Medical Council.

Local doctors had a part to play too, and Mr Powell feared problems in senior management ranks would hinder their involvement in the project. Without the involvement of those who work in the hospital, the plans could go awry, he said.

Mr Powell said ''partnership groups'' had been used in the past couple of big rebuilds in other parts of the country.

He feared it signalled the likelihood of some kind of public-private funding partnership, which would be in keeping with the Government's philosophy.

He suggested the public must be ''amazed'' by the ''layers of bureaucracy'' being introduced to plan the hospital.

As a doctor, he had been keen to ensure his workplace was designed properly.

But it made sense for ''neutral'' outsiders to be involved to ensure hospitals were not over-built or did not duplicate what was in other centres.

''I was in one small part [of Dunedin Hospital] last year and it obviously was tired ... I have talked to colleagues who work down there, and I'm aware from media reports in particular there's concerns re operating rooms, issues with leaking, water getting into the roof.''

''When the current building was done, lots of assumptions were presumably made that now make it really inefficient, but may have been sensible at the time.

''That means thinking through how all the services need to fit together, and a thorough assessment of how those needs may change over time.''

Clinicians were an important part of the process.

''We will be asking our clinical staff ... to look at how they would do things differently to get the maximum out of the new building.

''We will be looking at how other hospitals nationally and internationally do things that might have implications for us.''

Mr Thomson, who is also a board deputy commissioner, expects controversy.

''We will inevitably have to face the fact that problems cannot simply be solved by financing every possible permutation.

''So I am sure that there will be a range of views as to what should be built and that may at times be controversial.''

Dunedin North MP David Clark said he was concerned the rebuild team would not have a mandate to consider Dunedin's capacity as a medical training and research centre. He fears the hospital could be downgraded.

''The opportunity is there to make Dunedin a centre of excellence that ultimately makes a global contribution.''

He wants the group's terms of reference to be released to see the restrictions it was working under.

• Comprises Andrew Blair, of Hawke's Bay, Richard Thomson, of Dunedin, Tony Lanigan, of Auckland, and Andrew Connolly, of Auckland. One member yet to be appointed.

• Set up by Government to ensure central control over plans.

• Will guide what services go into the building and how they are configured.