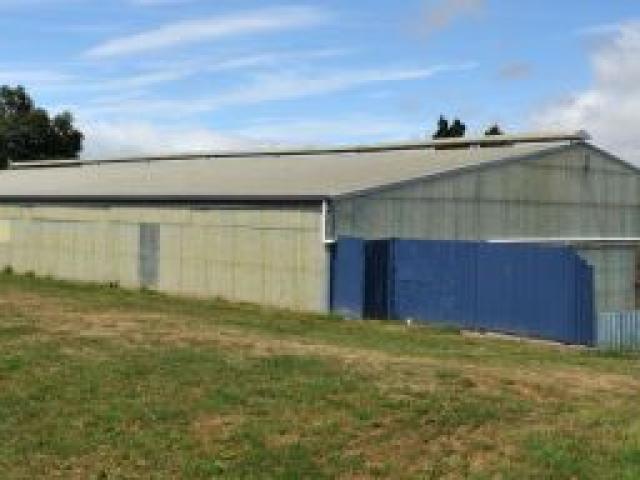 The existing pool at Mosgiel. Photo by Gregor Richardson.
City councillors might favour a different option to that proposed by the Taieri Community Facilities Trust for a new pool at Mosgiel.

It could be crunch time for the project this week, as councillors weigh up the charitable trust's proposal for a four-pool complex against Dunedin City Council staff's analysis of the proposal and four other, less elaborate, options.

The elected members are to debate if and when in the next decade they might start setting money aside for a new pool in Mosgiel, and, crucially, what that new pool might look like.

The Taieri Community Facilities Trust has proposed a new $15 million four-pool complex at Memorial Park, but council staff disagree with the trust's projected use and revenue figures, and are suggesting councillors consider a range of options, most with fewer pools, and including the status quo, or simply upgrading what exists.

The discussions are expected to take place later this week, during the council's pre-draft long-term plan deliberations, beginning today.

The debate will potentially be lengthy given the contrasting advice from the trust and council staff on the trust's preferred option.

The council tasked the trust last year with identifying and working through a preferred pool design and location.

After wide consultation with the Mosgiel community it selected the four-pool complex to cost out.

It estimated 245,000 people would come through the door of a four-pool complex each year, and it would cost $1.1 million to run.

But council staff say their review of the figures suggests 135,000 people would use it and it would cost $2.2 million a year to run.

They also estimated the complex would make about $400,000 less a year than the trust estimated, and that the cost to build it would be slightly higher.

The trust has asked the DCC for half the cost, $7.5 million, saying the community was willing to raise the rest.

Trust chairman Michael Stedman suggested the trust's feasibility study, worked on by a range of consultants, was more robust than information the council had previously based decisions on, such as that for the Forsyth Barr Stadium.

He suggested staff used wrong assumptions to reach their figures, and has sent more information to staff and councillors to consider.

In a report to assist councillors, staff said it would be up to them to decide what sort of complex they wanted to support.

''Rather than the council's decision being one of a choice between maintaining the existing pool at Mosgiel and the new four-pool option proposed by the trust, there is a ... [range] that council should consider, each offering different levels of service increases and consequential capital and operating cost increases that will require funding.''