Council has 'duty' to provide housing 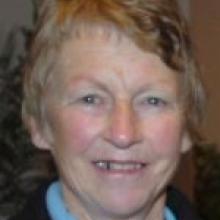 They came to meet a Dunedin City Council that is planning for an almost 36% rates rise in the next four years and intends to remove $1 million a year from new social housing.

Age Concern executive officer Susan Davidson told the council it had both a "moral and strategic duty" to provide housing for a growing number of older people on limited incomes.

"We believe our city does need to prepare for a future when we have an increasing number of people on limited incomes."

The organisation said in its submission a proposal to withdraw money from new social housing, as it has proposed in the draft annual plan, "effectively raids money from those paying rents".

The proposal was in conflict with the council's commitment to improve housing stock and provide new units, Ms Davidson said.

Age Concern also asked for continued support for Age on the Go, and for the $12,000 civic contestable grant funding to remain.

Presbyterian Support Otago chief executive Gillian Bremner also objected to the removal of the $1 million each year, saying it gave a "clear signal" to tenants that upgrading their homes was no longer a priority.

The council's investment in housing was needed to meet the demands of an ageing population in Dunedin, her submission said.

"Withdrawing this money . . . seriously impedes both the replacement of existing ageing stock and the planning required for even marginal increases in new housing. It's inappropriate to put that money somewhere else until you have made a specific decision to run down the housing stock," she told councillors.

Dunedin co-ordinator and Supergrans national chairwoman Marie Sutherland told the committee she was working with families that were struggling, and could not afford a rise to "dare I say it, cover the stadium".

Members of the volunteer group work with families who may need help with basic living skills and parenting.

"There have been almost 1000 job losses recently and more to follow. How are these families going to cope with proposed rates increases?" she asked the hearings committee.

She said insulated, appropriate housing for low-income families was needed in Dunedin.

Ms Sutherland asked what was available for rates relief and help with electricity bills, and was told by Cr Richard Walls about the Government's rates relief fund, and the council's electricity fund, though the latter had run out of money and funding would not be renewed until July 1.

Ms Sutherland also asked the council for $4000 for the work of the North and South Dunedin community patrols.

Also yesterday, Grey Power Otago president Jo Millar said her organisation had "grave concerns" about the plans to remove $1 million annually from social housing, and urged councillors to reconsider. The money was needed to maintain and improve the homes, and, if removed, "we are not going to get it back", she said.

Geraldine Tait, from the Senior Link organisation, agreed, saying the council's housing was a "social good" that needed to be preserved, and the council should have an ongoing plan to invest in new homes to meet the growing needs of the city's ageing population.