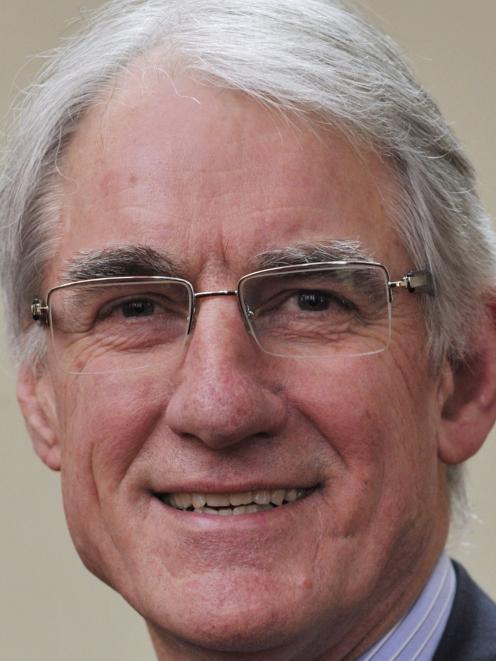 Athol Stephens
Dunedin City Council senior finance manager Athol Stephens has quit and will clear his desk today after the shock announcement yesterday of his departure.

It is unclear what triggered the general manager of finance and resources' abrupt withdrawal, although it comes amid an ongoing drive within the council to find operational savings.

Mr Stephens announced his departure in a joint statement with council chief executive Paul Orders released at 5pm yesterday, which said Mr Stephens had ''notified the council of his wish to leave the role''.

Today will be his last day in the job after 17 years with the council.

In the strangely worded statement, Mr Stephens and Mr Orders said they agreed that, with the council's focus turning to financial maintenance and consolidation, it was ''timely for [the council] to review the need for a role operating in the way that [Mr Stephens'] had done''.

Mr Stephens said he was proud of what he had achieved, but he now wanted ''to progress a long-held plan of pursuing governance and other roles outside [the council's] employment''.

He had been a part of a period - not without its financial planning challenges - of great progress in the city, that had left the city with a ''magnificent collection of modern community assets'', he said.

He also wished his team well and said it had been a privilege and pleasure to work alongside such talented people, with such high standards of professionalism and personal integrity.

He could not be contacted last night and Mr Orders declined to elaborate on the statement, saying only that he was now looking into temporary arrangements for leadership of the council's finance team.

He acknowledged the significant contribution Mr Stephens had made to the council over the years and his role in the council's financial management.

Asked about a payout for Mr Stephens, he said any agreement would be ''in line with his contractual terms and conditions''.

Mr Stephens has twice acted as council chief executive, the last time for the nine months before the appointment of Mr Orders, who swept a broom through the council's senior management soon after his arrival in 2011.

That review resulted in the departure of council customer services general manager Grant Strang and community life general manager Graeme Hall, who both took voluntary redundancy. The council has since shed more staff and conducted major reviews of other expenditure, as an efficiency drive, led by Mr Orders, aimed at finding millions of dollars of savings each year, continues.

Councillors contacted yesterday declined to be drawn on what most said was an operational matter.

Mayor Dave Cull declined to comment, other than to say Mr Stephens had performed loyally for successive councils and mayors for a long time.

However, the chairman of the council's finance, strategy and development committee, Cr Syd Brown, who worked closely in his committee role with Mr Stephens, said he would leave a massive hole, both in terms of his financial knowledge and contacts, and his institutional knowledge.

''He has been a tremendous stalwart with immense knowledge in finance that has served the city and guided the council well.''

He was well respected by council staff as a firm but fair head, who would leave a ''huge gap'' to fill.

''You just don't replace someone of that calibre overnight.''

Cr Brown declined to comment on what may have led to Mr Stephens' sudden departure, but he expected some sort of financial leadership role would have to be retained, because the council's governance structure as was would not be able to absorb it.

Mr Orders denied that a ''review of how the role operates'' was doublespeak for disestablishing it, and said he would look next week at a ''temporary solution'', while a closer look at council operations would result in a permanent solution further down the line.