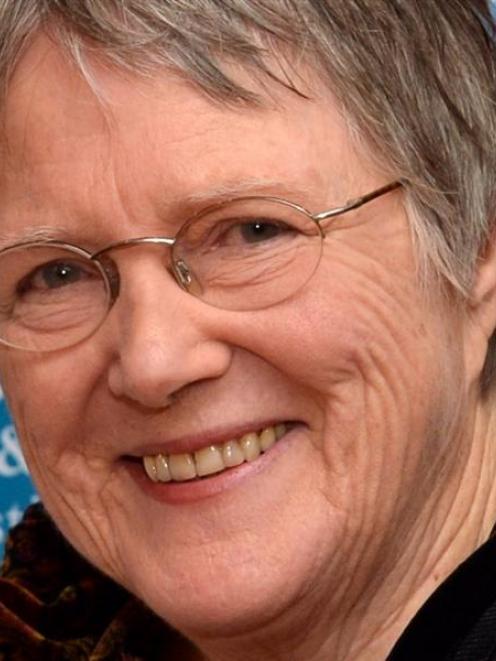 Lynley Hood.
Paths that cross land linking parts of the Dunedin suburb of Corstorphine will be restored after the Dunedin City Council bought the land for $495,000.

The paths are on the former Corstorphine School site, but some have been cut off since Land Information New Zealand built a fence - dubbed the Great Wall of Corstorphine - around part of the site at Easter to separate land bought by developer LA Milton Ltd.

The fence cut off several paths between Milburn and Lockerbie Sts, used for years by walkers to access neighbourhood facilities, including a kindergarten, a child-care centre and a community hub, and by bus patrons, recreational walkers and runners.

The fence sparked a community outcry and a public meeting was due to be held this week.

''I think it's wonderful news. Everyone will be thrilled,'' one of the objectors to the fence, resident Dr Lynley Hood, said yesterday.

''It's good, because it means there is pedestrian access for people, again.

"There was a woman in Concord with four children in the Whanau Play Group who had an increased time of 25 minutes to get there. So, it's great from a practical point of view,'' Dr Hood said.

''It's also good from a morale point of view, because that access is very, very important to Corstorphine and this shows that the council is listening to us.''

She said neighbourhood concern had prompted the council to enter into discussions with LA Milton Ltd, which had agreed to sell a portion of the site for $495,000.

The council would create a reserve on part of the land, subdivide part, and reopen paths on the remainder.

The council was still discussing the future of the fence, but if it was decided not to pull it down, or a gate could not be installed, a gravel path would be built along its length, reconnecting with Lockerbie St at the northern end of the land.

The council would consider putting in a gravel path to bypass the fence as an interim measure.

Some of the $495,000 cost of the site would be covered by the sale of the new sections, with the remainder met through the disposal of surplus council properties.

The location of the sections would partly determine the final situation with the wall, Dr Bidrose said.

It was hoped the site of the sections would be worked out ''as soon as possible'', Dr Bidrose said.

The purchase met the council's desire to reinstate the walkways as well as have a ''much needed'' reserve in Corstorphine.

''This is a great outcome which will save some residents in nearby cul-de-sacs having to walk 2 or 3km to get to the Corstorphine Community Hub or the Middleton Rd bus stop, 200m away.''

That sort of arrangement was the ''curse of the cul-de-sacs'', and was a common connectivity issue many councils had to grapple with, as was finding land to use as reserve, she said.

Councillors were comfortable with the purchase, she said.