Dunedin Police Senior Sergeant Craig Dinnissen says red light cameras might be one way to help tackle the problem of red light running.PHOTO: SIMON HENDERSON
The Star’s Stop Running the Red campaign has highlighted the seriousness of the issue in Dunedin.  A Dunedin City  councillor is now calling for a report on the possibility of installing red light cameras at intersections. Simon Henderson reports.

The Dunedin City Council is being asked to investigate installing red light cameras to try to reduce the number of incidents in the city. 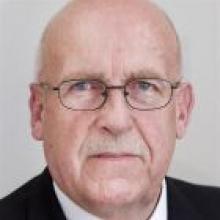 David Benson Pope
Dunedin City councillor David Benson-Pope said The Star’s "excellent work" highlighting the issue of red light running has prompted him to ask for a report on the potential for the council to install red light cameras at some of the most troublesome intersections.

"If we identify intersections that are dangerous, or where driver behaviour is dangerous, what is to stop us putting in red light cameras?" the city councillor suggested.

Cr Benson-Pope said he also asked at the latest infrastructure services meeting about getting better information from Scats, the city’s traffic signal system.

"Our system does tell us which intersections are problematic in terms of red light running."

But it was a complicated and labour-intensive process to extract the information, so he has asked transport group manager Jeanine Benson to investigate hardware and software options that could make the process easier.

"My view is if we have a tool that tells us where people are behaving worst, that is where the focus should be and that is what we should be telling the police."

Dunedin Police Senior Sergeant Craig Dinnissen said during the past few weeks police had been investigating intersections further afield than the inner city and had seen more examples of red light runners.

Red light running was a cause of a crash at the corner of Cumberland and Hanover Sts on June 8.

A 59-year-old male failed to stop for a red light, driving into the path of a 67-year-old male travelling along Cumberland St, causing a collision.

Snr Sgt Dinnissen said while there were many good drivers, some were not showing good judgement.

The Star’s observations of intersections noted a large number of people "squeezing the orange" - driving through or turning a corner on an orange light.

Snr Sgt Dinnissen said people were deciding to chance it and drive through an orange light.

"You need to stop if you can safely do so."

Instead of making a conscious effort to slow down people were still trying to "rip on through" an orange light.

"The law says you need to stop on orange, if you can do so safely."

It was hugely frustrating to see the number of people who were chancing driving through intersections.

"Just the sheer arrogance of it - you are putting other people’s lives at risk."

DCC transport strategy manager Nick Sargent said decisions about the installation of safety cameras, including red light cameras, were currently made by the police, working collaboratively with councils and other road-controlling authorities.

"However, ownership and management of safety cameras is due to transfer to Waka Kotahi NZ Transport Agency in the future.

"The DCC will continue to work collaboratively with both parties on road safety," he said.

Cameras at red lights are essential - but DCC will cry the poor tale; they need the money for essentials like silly goalposts in the Octagon.

Well past time - as long as the cameras are accurate and the system isn't run by the DCC, red light runners and orange squeezers can be greatly reduced. Right now it's a mess that extends to most of the city, including those who rush the roundabouts preventing smooth flows of traffic. Driver education has clearly failed, so I see no other choice than to penalise offenders. Look to Australia: red light cameras have been there for nearly 20 years.

And let's not forget the boys in blue, maybe increase the fine for red light running, even impose a few demerit points for the offense. Even being able to use dash cam footage from motorists to issue fines.

What's happened over recent years, that has reduced driver compliance with traffic lights?
Why has this now 'become' an issue?
For work and social reasons I frequently drive Dunedin's roads at all hours of the day and night and what is obvious to me and others, is that our roads are becoming more difficult and frustrating to utilise.
You don't need data analyzes, just drive the streets.
While the city grows the DCC reduces parking, congests our main arterial route, creates more obstacles and encourages a diversity of users to have attitude. The traffic lights are not synchronized to enhances traffic flow. I regularly stop for lights on the one-way system when there is NO OTHER TRAFFIC ABOUT, MULTIPLE TIMES in one journey.
Cars backing into parks on the one-way system stop the flow for blocks at a time, even on a Sunday afternoon. Other vehicles, obviously driving around the block looking for a park add to the congestion, as do vehicles stopped to allow cyclist right of way, before entering a motel or drive thru.
Created a mess, blame others, then increase the authoritarianism, that's how Greens and our DCC operates.

Any old way to make a quid I suppose... Looking at the big picture on crime/law breakers I find this a rather pathetic and knee jerk reaction...

Gotta love all the self-righteous, virtue signaling commenters, that are likely the worst offenders.