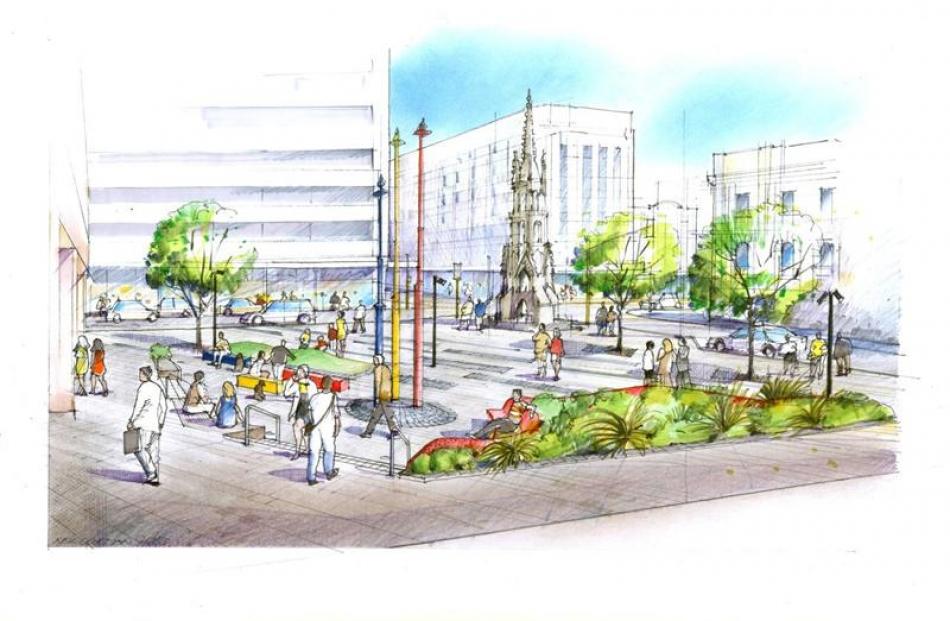 The Dunedin City Council is considering accelerating work on a $602,000 redevelopment of the Exchange Square. Image supplied. 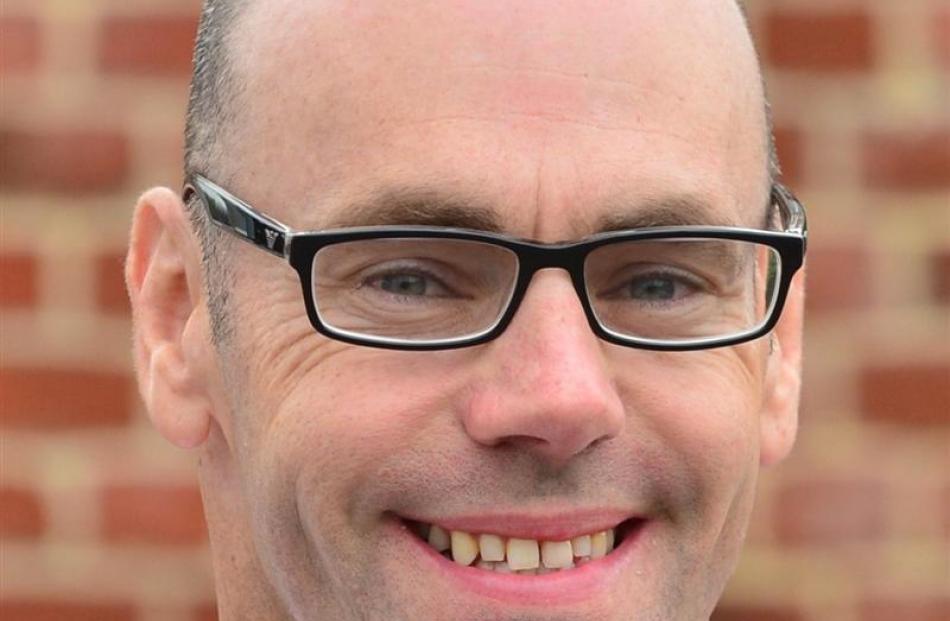 Council staff are recommending a $602,000 revamp of the square, including a new layout, new grey blue concrete pavings, furniture, plantings and LED lighting, be endorsed for public consultation later this year.

Redeveloping the square, to lift the area and link it to surrounding zones, including the Warehouse precinct, was considered a key project within the decade long central city plan approved last week.

Construction of the projects identified as part of the central city plan was not expected to begin until 2018, after three years of planning and consultation.

However, councillors at today's full council meeting will consider a staff report recommending work planned for the Exchange be brought forward.

Localised subsidence was exacerbating their deterioration.

As a result, council staff believed it was timely to progress wider redevelopment of the square simultaneously with work to address the area's subsidence and maintenance issues, Dr Hazelton said.

If accepted by councillors, a four week public consultation would be followed by a final recommendation to the council.

Work would begin later in the year.

Dr Hazelton, in his report, said the preferred option for the upgrade would aim to make the square more welcoming and attractive.

That would hopefully encourage more use of ground floor spaces in surrounding buildings, adding to the area's vibrancy and encouraging further regeneration in the area, he said.

Among the changes proposed was the replacement of existing clay paving with new grey blue concrete paving.

It would match that already used in the nearby Warehouse precinct, linking the two areas together, Dr Hazelton said.

Additional ''detailing'' was also planned within the square to ''reference the historic alignment of High St through the square'', he said.

New LED lighting and ''creative'' lighting would also be added, including additional lighting for Cargill's monument, he said.

The square's furniture would also be updated, with the area's existing ornate replica heritage lights and furniture now considered ''out of context'' in the Exchange, he said.

New trees and other plantings would be spread around the square, to ''green'' the space and provide more shelter, while large trees obscuring the entrance to John Wickliffe House would be removed.

So, too, would three existing telephone boxes in the square, while the area's penguin sculptures would also be rearranged within the square ''to create more of a feature'', he said.

Accelerating the work would realise ''efficiencies'', and funding was available within the council's transportation budget, he said.

Whether the budget covered the total cost of the work, or whether components of the project would have to be delayed to reduce costs, would not be known until after the tender process was concluded, he added.