Council may net $10m in sales 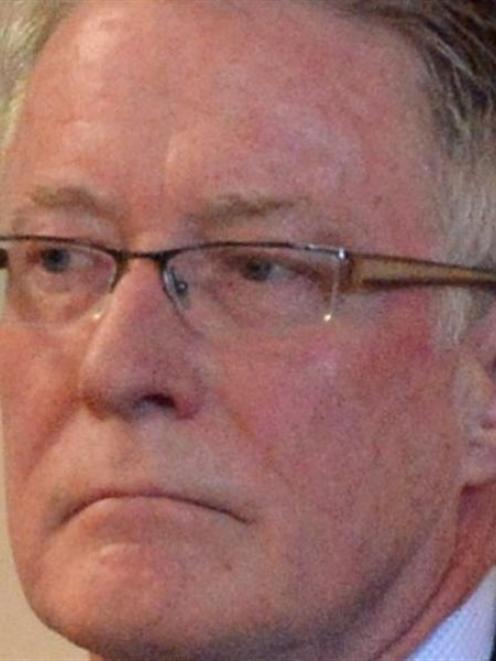 Robert Clark.
The Dunedin City Council plans to sell surplus land and property over the next two to three years in a move expected to raise about $10 million.

About 150 surplus parcels of land and property to be offered are expected to bring at least $5 million.

Several bigger pieces of property, including surplus land at Logan Park and the Caledonian Bowling Club in Andersons Bay Rd, are also scheduled for sale in the same period and are expected to bring in about another $5 million.

Council economic development and property group manager Robert Clark discussed the plan with councillors this week during annual plan discussions, putting his case for employing a staff member to run the sale process.

Mr Clark said a survey of property used by all council departments was done about a year ago and surplus property identified.

It was mainly land and included leftover areas of property bought to widen roads or unneeded land at the edge of reservoirs.

Some property was difficult to value because of its size or location, and the biggest piece might be worth several hundred thousand dollars.

A list of the properties would not be made public because of commercial sensitivities, but any potentially contentious sales would be brought to the council first.

One or two properties had already been sold, but selling properties in earnest would start within the next few months, once a person was employed to look after the process.

Councillors wanted to know why a salesperson was needed when the council already worked with real estate agents.

Mr Clark told them real estate agents were not necessarily interested in the best deal for the council - more in securing their commission.

There were also legislative issues around some of the property better dealt with by a person with specialist skills.

Asked by Cr Richard Thomson why no revenue from sales was included in draft budgets presented to councillors, Mr Clark said it was not wise to include revenue from sales in budgets when there was no guarantee when sales would be completed.

The sale to Ngai Tahu of a piece of surplus land at Logan Park, for example, required public consultation and various consents to be in place first.

While he was ''very positive'' the sale was going to happen, it would be wrong to budget to get $2 million, because it might or might not happen in a certain year.

He confirmed to deputy mayor Chris Staynes any revenue from the sale of surplus land and property would go towards debt reduction.

Cr David Benson-Pope asked if council-controlled companies were going through the same process, and was told by chief executive Dr Sue Bidrose it was one of the matters the council's new group chief financial officer, Grant McKenzie, would raise.

To a question from Cr Lee Vandervis, Mr Clark said he would still like to build up the council's property portfolio because of the potentially significant financial gains it offered, but that was ''on the back-burner'' because the council was ''not allowed'' to raise debt, only repay it.

Cr John Bezett told Mr Clark if he believed it would benefit the council, he should bring a report to councillors.

Mr Clark said a plan had been written in conjunction with PricewaterhouseCoopers, which prompted Cr Thomson to ask Mr Clark if he saw the council as a property investment company.

Mr Clark said his job was to invest in property on the council's behalf.

Dr Bidrose then intervened to make it clear more property investment was not an option for the council at this stage.

''There is clarity that borrowing money for property investment, until we reach the financial strategy top target of $200 million debt, is highly unlikely to be something we put to [the council] as a priority.''

Cr Thomson replied: ''My personal view is it should never be put to us as a priority, because we are not a property investment company.''