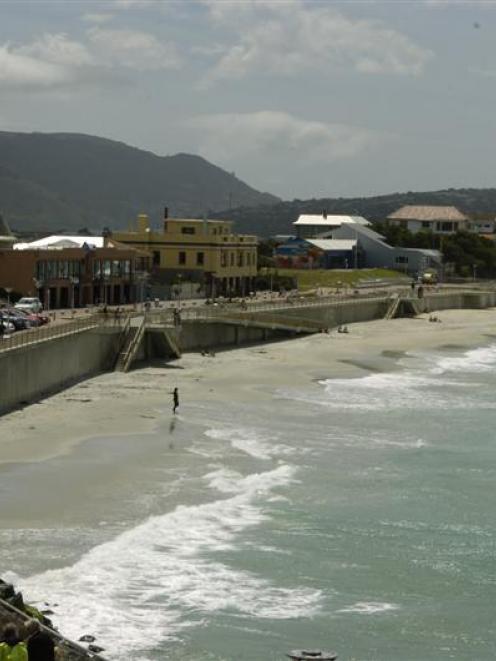 Parts of the Esplanade upgrade, which has so far cost more than $6 million, have had repeated structural problems since being largely completed in 2004.

Last week, council community and recreation services manager Mick Reece said work still pending - including a planned and budgeted-for upgrade of a council reserve being used as a car park - had been deferred until the problems were resolved.

Concerns remained that staircases and a ramp providing public access from the Esplanade to the beach could become unsafe in another big storm like that of 2007, meaning they would need to be closed, Mr Reece said.

Council staff, together with design consultant Duffill, Watts and King and contractor Naylor Love, were preparing a report detailing options for how best to fix the stairs and ramp.

The report, being compiled by council community life general manager Graeme Hall, was expected to be completed in the next month and would then be presented to councillors.

Mr Hall was not available for comment, but Mr Reece said options being considered included repositioning or strengthening the stairs and ramp, or replacing them completely.

"There are a whole series [of options] . . . and each one has a whole lot of question marks," he said.

Problems with the Esplanade have emerged several times since 2004.

Most recently, in May 2007, a 10mm crack appeared at the top of a set of stairs leading to the beach.

The set of stairs was itself a replacement for previous stairs.

The cracking prompted concerns the stairs could break off in heavy seas, leading to their closure until repairs, including bracing, were made.

A ramp leading to the beach, which provided wheelchair access, also needed repairs after two lower precast concrete panels broke off in stormy surf in December 2004, just months after being installed.

The damage was repaired, but the ramp was again rendered unusable when piles collapsed in March 2006, and was not able to be repaired until October.

A subsequent report, commissioned by the council, blamed the failures on a combination of construction and design faults, and wave damage, prompting contractors to agree to repairs at no cost to the council.

Mr Reece said the continuing problems meant the Esplanade upgrade had never been signed as completed, and the focus was now on maintaining access to the beach and ensuring public safety until a permanent solution could be agreed.

About $260,000 from the council's original budget for the project remained unspent, but Mr Reece would not say exactly how much repairs could cost, or who would pay.

Negotiations with contractors would address those issues only after a solution was first agreed, he said.

"It's likely there will be some cost to council, but that will have to be negotiated once we have got a plan to negotiate around," he said.

"There are issues to do with why did that happen when it's not supposed to. People have said some pretty unkind things . . . but there were so many unknowns."

The stairs and ramp were being inspected "pretty much constantly", but were considered safe in the meantime.

They would be closed if safety concerns arose, Mr Reece said.