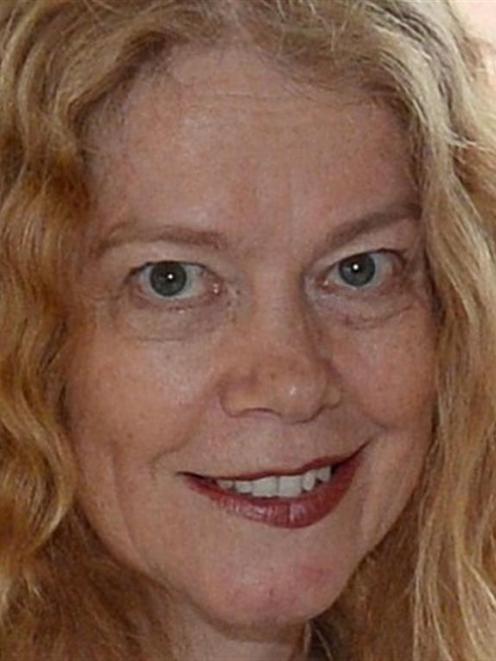 Hilary Calvert.
Councillors have divided into camps over the prospect of more party politics inside the Dunedin City Council.

Some city councillors welcomed the prospect when contacted by the Otago Daily Times yesterday, saying any initiative that helped quality candidates to step forward should be encouraged.

But others warned any councillor elected under a national political party's banner risked being beholden to Wellington, ahead of the city's electors and ratepayers.

The divergent views came after it was confirmed the Labour Party was considering a "Local Labour'' ticket to promote candidates for DCC council seats, and possibly the mayoralty, in October's local body elections.

Critics included Cr Hilary Calvert, who said she would welcome any new candidates prepared to step forward, but was not convinced voters wanted them to be aligned to political parties.

The Local Labour initiative, if confirmed and successful, could see a bloc of Dunedin city councillors "owing their allegiance to the Labour Party'', she said.

"Generally, being beholden to a party involved in national politics I don't think is a fabulous idea.''

Andrew Whiley agreed, saying the initiative could be "extremely dangerous'' if it disrupted the independent relationship councillors needed to have with political parties of all stripes.

Councillors should be working "in the best interests of the city'', not political parties, and Labour's ticket could be an "extremely dangerous'' step.

Cr Neville Peat said the city council had been largely free of party politics in recent years, which appeared to work well, and he would be surprised if there was a public appetite for change.

"Generally, people are happy without the major parties being involved in local government.''

Cr Mike Lord said candidates had the right to do "whatever they want'', but the move was not for him.

"I don't personally know if there's a place for party politics [in Dunedin],'' he said.

Cr Kate Wilson said any initiative that supported candidates to stand for election was "a great thing'', but she would be "really disappointed if it's considered to be a voice-piece for the Labour Party''.

Cr Andrew Noone said he would not object to the initiative if constituents were calling for it, but "I feel it's being driven not by the local community''.

Mayor Dave Cull said people were free to seek election under a variety of platforms, but "the problem comes if their decision-making is guided on the basis of someone else's values, or someone else's policies, from afar''.

The test would be whether Labour-aligned councillors made decisions based on evidence and advice from council staff, "or whether they do it on the basis of Labour Party policy''.

Other councillors welcomed the initiative, including Cr David Benson-Pope - a former Labour-aligned councillor and Cabinet minister - who said he was considering joining the ticket after running as an independent in 2013.

Cr Benson-Pope ran for council on Labour's ticket in the 1980s, and believed it had been "very successful'' for the candidates it supported and the city.

Those elected had "sometimes, but not always'' agreed their positions in advance, and he had "absolutely'' no problem with that happening again.

The council had previously been dominated by the Citizens Association, who were "all Tories in drag ... But everyone knew who they were and their politics were, so what's the difference?''

Cr Aaron Hawkins, who was elected as a Green Party candidate in 2013, believed declaring political affiliations was a more transparent approach and "should be encouraged''.

He did not take "directives from Wellington'' about what to say, or how to vote, and "in fact, the opposite is probably true''.

"The louder our voice in Wellington, surely the better off we all are?''

But Cr John Bezett said it was already too late, as the city had "quite a Green council'' and some councillors who already advocated Labour Party policies.

"If Labour are advocating for a Labour Party ticket, it won't be any different to what it is right now.''

Other councillors could not be contacted yesterday.