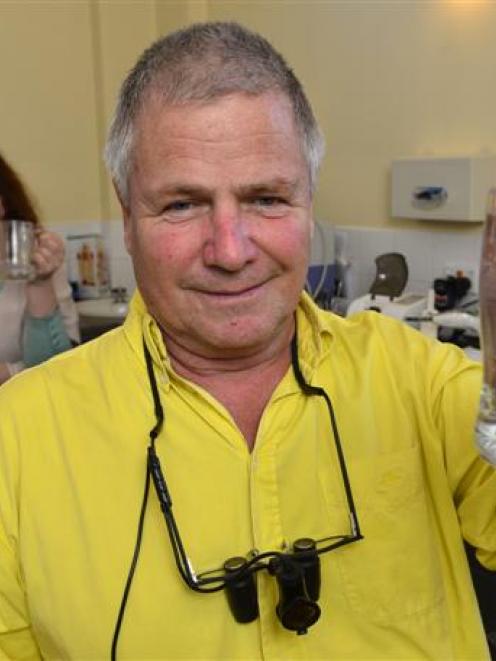 Anti-fluoridation campaigner Green Island dentist Russel McLean, with assistant Linda Howard and patient Fiona Clark, raises a glass of non-fluoridated water from the Speight's Brewery tap to celebrate the council's decision to lower fluoride levels. Photo by Peter McIntosh.
A decision to reduce the amount of fluoride added to Dunedin's drinking water is a case of councillors ''running scared'' in the face of immense pressure from anti-fluoride campaigners, Prof Murray Thomson says.

The comments come after the Dunedin City Council on Tuesday decided to drop the amount of fluoride being added to the city's main supply from 0.85mg per litre to 0.75mg per litre, with anti-fluoridation campaigner Russel McLean, a Green Island dentist, saying yesterday it was a step in the right direction.

The chemical was added to 85% of Dunedin's drinking water, and was credited by health authorities with improving dental health in the city, but opponents argued it was toxic and a form of ''mass medication''.

Prof Thomson, the head of dental public health at the University of Otago, said the decision would not ''make much of a difference'' to oral health in the city, as the drop was so small.

However, anti-fluoride campaigners would see it as the ''thin end of the wedge'' and he urged councillors to think carefully and consult experts before moving further in that direction. The decision was a case of a ''couple of councillors running a bit scared'', and he questioned whether councils were equipped to make decisions on the issue. 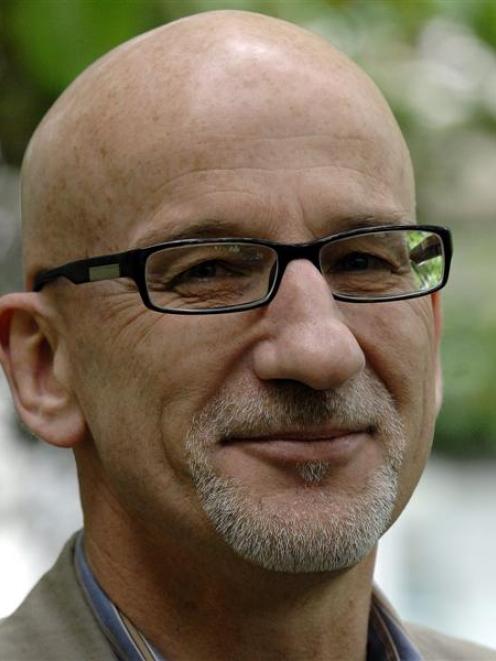 Murray Thomson
''They are local area politicians and they are vulnerable ... to the immense pressure ... that these groups can use.''

The council had a responsibility to protect the health of its citizens and fluoride played a large role in preventing tooth decay, he said.

''Tooth decay is the most common chronic disease affecting adults. It's so common, it isn't funny. It is responsible for a hell of a lot of suffering out there and these people, on the basis of some emotive arguments, want to see it taken out of the water,'' he said.

Mr McLean said he was ''thrilled'' with the drop in fluoride levels, which meant fewer toxins were going into the water.

The drop was a ''move in the right direction'', but he and other campaigners would continue to raise the issue until no fluoride was added to the water, Mr McLean said.

While small, the drop would result in a reduction in fluorosis, otherwise known as mottling of tooth enamel.

He said arguments from Prof Thomson and other academics in favour of fluoride were based on outdated science, with new research showing that adding fluoride to the water made little difference to oral health.

''It's a poor way of medicating people because you can't control the dosage,'' he said.

This was because people drank different amounts of water.

Cr Kate Wilson, who pushed for the decision, said it was not a case of councillors ''running scared'' and was about the council taking a ''precautionary approach''.

The new level would still fall within Ministry of Health guidelines, which recommended a dose of between 0.7mg per litre and 1mg per litre, she said.

However, council water production manager Gerard McCombie said at Tuesday's meeting the actual dose administered was not 100% accurate, and could fluctuate to levels slightly below the ministry guidelines.