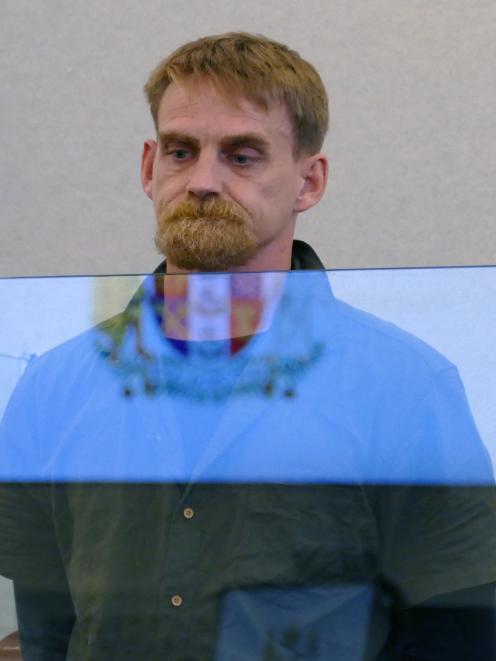 Quintin Corkery provided most of the equipment and know-how for a huge cannabis grow. PHOTO: ROB KIDD
The mastermind behind a $500,000 Dunedin cannabis ring has been locked up for three and a-half years.

Quintin Frances Corkery (36) appeared in the Dunedin District Court yesterday after pleading guilty to two counts of cannabis cultivation and one of selling the class C drug.

Judge Michael Turner said it could only be described as "large-scale, sophisticated cultivation of cannabis for commercial ends".

The syndicate received its first setback when police executed a search warrant in Sidey St in Calton Hill on July 1 last year.

Officers found two indoor grow tents in the bedroom of the house, complete with air ventilation and a carbon filter.

Hours of lighting for the crop were controlled by time switches and the smaller tent had a reservoir-fed watering system.

Cory George King (33) was renting the property solely for the cultivation and visited every couple of days to complete his "duties", the court heard.

Police intercepted communications from the most important person in the operation Corkery, who told an associate "they got one of my houses".

He did not want to lose "all three", he said.

The plan was collapsing.

Listening in to Corkery’s conversations led police to another house, a flat in Union St East in the heart of the student sector.

The defendant would take seedlings he had grown at home to the address, which was being looked after by 26-year-old Dylan Pattison.

The house had been rented out to him by Michael Kinraid (34), through his father’s Scarfie Flats business at which he worked.

Kinraid was in on it and was paid an ounce of cannabis a week in rent, the court heard.

When police raided the property on July 13 they quickly realised the scale of the enterprise.

Every room of the home had been used for cultivation, including the roof cavity, the court heard.

Corkery regularly discussed the cloning of mother plants and bragged of having 13 different breeds at the flat.

He also talked about storing the drugs in a mobile food caravan he owned and sold more than $10,000 of the illicit substance in the seven months leading up to his arrest.

Judge Turner said it was a sign the cultivation was designed to be long-running.

"Common sense indicates this was not a one-off operation," he said.

Counsel Anne Stevens QC said her client was a heavy cannabis user and was known to be a grower.

She said he was approached by Pattison and the Union St plan was hatched.

Corkery had been clean of drugs for months and preferred sobriety.

"His talents for horticulture could be put to far more positive use," she said, adding there were plans in place to do that.

The court heard Corkery had previous cannabis convictions scattered throughout his criminal history and went to prison for it in 2008.

He told Probation the most recent offending was not committed for financial gain, rather it happened because of his "addictive personality".

However, a psychological report found he did not have obsessive compulsive disorder as he had suggested.