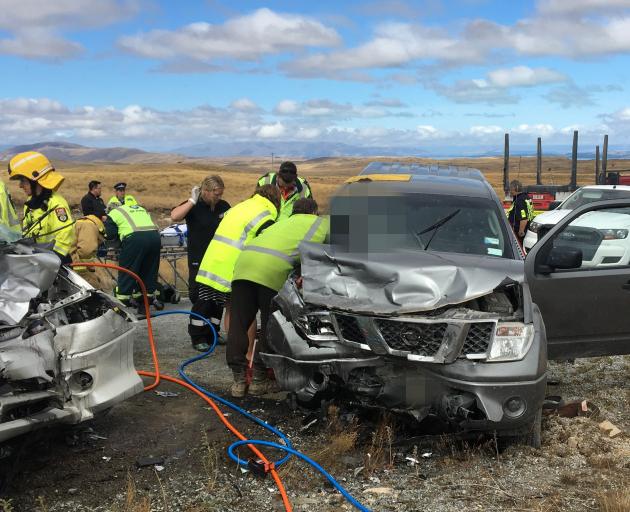 Teams worked feverishly to free the injured from a crash in Tekapo earlier this month in which three people died. PHOTO: SUPPLIED
A Chinese man has been charged after the death of three fellow tourists in a horrific head-on crash near Tekapo.

Three rescue helicopters attended the scene after the head-on collision between two cars on Braemar Rd, near the State Highway 8 intersection, just outside Tekapo.

Xu, described on court documents as a resident of Sichuan, walked slowly into the dock yesterday, assisted by crutches.

A Mandarin interpreter was also present.

Xu entered no plea and was remanded on bail for him to arrange legal representation.

He was ordered to surrender his passport.

The defendant will be back before the court in two weeks.