Cricket bat death: accused 'acted in heat of the moment'

A man who beat his friend to death with a cricket bat did so in the face of a legitimate threat and “in the heat of the moment”, his lawyer says.

John Kenneth Collins (39) is on trial before the High Court at Dunedin accused of the murder of 45-year-old Brent Andrew Bacon.

The victim was allegedly killed on February 4 in 2019 at a state-housing unit in Lock St in the Dunedin suburb of St Clair. But the bloody crime scene was only discovered two weeks later, shortly before the corpse was found hidden under a tree in a rural location 35km north of the city.

Collins said Mr Bacon had become increasingly paranoid on the night in question, worried about a $500 drug debt, compounded by excessive cannabis use. It led to a verbal spat, which quickly turned physical, the defendant said.

Giving evidence last week, Collins told the jury of six men and six women that Mr Bacon came at him brandishing a pair of scissors and he grabbed a cricket bat in response.

His intended warning blow connected with the victim's head and – allegedly fearful for his life – the defendant said he followed it up with at least two more blows, leaving the man on the floor, bleeding heavily.

Collins and his partner, 32-year-old Aleisha Dawson, concealed the body in a sleeping bag, loaded it into Mr Bacon's own Toyota van and drove off to dump it before they fled to Rotorua, the court was told.

Defence counsel Len Andersen, QC, said this afternoon that the jury could not ignore the victim's drug use, as the Crown had urged.

The trio, Collins said from the witness box last week, had all used methamphetamine on his birthday, two days earlier.

Mr Bacon had been described by his family as “a nightmare” while using illicit substances, Mr Andersen said.

There was evidence of him acting out at a wedding and police being called when he later threatened his mother with a steering-wheel lock.

“You've got two personalities and we can't pretend it was normal Brent who was there that night when the evidence is it was druggie Brent,” said Mr Andersen.

He told jurors his client acted in self-defence over a matter of seconds, then panicked.

There was a difference, Mr Andersen said, between knowing a blow could kill someone and considering it “in the heat of the moment”.

After the first blow, Mr Bacon had explicitly threatened to kill the defendant, which had resulted in the second, and fatal, blow, he said.

When Collins was interviewed by police on February 20, 2019 – more than two weeks after the incident – he gave a story that differed significantly from the account he gave at trial last week.

Mr Andersen called the first version a “drug-addled rant” which had come after a lengthy meth binge as his client travelled up the country while on the run.

“The reality was, he wasn't thinking clearly because of the drugs,” he said.

Though Collins had not mentioned Mr Bacon wielding scissors when he initially spoke to police, he had always maintained he was being attacked, Mr Andersen stressed.

A pair of nail scissors on the mantelpiece at Lock St were never forensically tested for the presence of blood, he highlighted.

Mr Andersen was disparaging of the possible motives behind the alleged murder raised by the Crown.

There was no evidence it was motivated by jealousy, he said, and it made no sense that Collins would intentionally kill Mr Bacon for the $100 he had withdrawn from an ATM earlier that night.

The victim was valuable because he was the only one of the three of them who owned a vehicle, therefore the couple were reliant on him for transport around Dunedin.

It was the Crown's responsibility to disprove the issue of self-defence and Mr Andersen said it had not done so.

In its closing submission earlier today, the Crown said Collins had made “quite extraordinary” changes to his story to fit the evidence.

Prosecutor Richard Smith said there was a very clear reason behind concealing the victim's body - not panic.

“The blood, the dislodged pieces of skull, and flesh, and pieces of hair... around the room.”

The cricket bat used to kill Mr Bacon was found in a rubbish bag in the kitchen of the Lock St flat, covered in his blood.

Under cross-examination, the defendant admitted he had forgotten it when they left the address.

“He was going to hide that too – remember that,” Mr Smith told the jury.

While Collins said he delivered three or four blows with the bat before it snapped in two, the prosecutor highlighted the evidence of pathologist Dr Charles Glenn.

The witness spoke about a large void in the left side of Mr Bacon's skull, the result of “tremendous force”, comparable to victims of gunshot wounds or plane crashes.

It was consistent with “many many blows”, possibly dozens, Dr Glenn said.

Mr Smith said the evidence suggested Mt Bacon had been lying on his left side, incapacitated, with his head against the floor while Collins was “standing above him raining blows down on his head like he's chopping wood”.

He was critical of Collins' claims of self-defence.

“The force used must be reasonable in the circumstances,” Mr Smith said. “The law doesn't provide a blank cheque. There has to be some proportion to what you do.”

Collins gave a police interview on February 20 in 2019 which departed significantly from the account given in court.

He put the changes down to being on a methamphetamine binge at the time and forgetting details.

Collins, in court, said Mr Bacon was wielding scissors when he confronted him – a version raised for the first time during the trial.

Once he hit the victim, he said the man made a verbal threat to kill him; another new detail.

Mr Smith said the changes to the defendant's story were “quite extraordinary”.

“It's simply not plausible or believable that being questioned for murder, a really serious situation to find oneself in, that he would forget important details of the incident . . . forgot the very reason he claims he had to act in self-defence,” he said.

“The Crown says Mr Collins has told so many lies and been so inconsistent you can totally reject his evidence . . . He's trying to change his case to fit the law and the evidence.”

Mr Smith also pointed to the significance of the forensic evidence, blood spatter on a wall, which suggested Mr Bacon was attacked while sitting on a couch rather than standing as Collins had described.

Other staining, he said, were consistent with the defendant pursuing the victim around the lounge and “finishing him off”.

While Mr Smith said the Crown did not have to prove a motive, he aired some possible reasons behind the fatal beating.

Collins had money to buy meth that night but had no way of getting to Balclutha to get it. Maybe that had caused him frustration.

Mr Smith said it may have been a “stand-over gone wrong”; an intimidatory bid to steal money from Mr Bacon that went too far.

Or, the prosecutor considered, jealousy may have been the cause.

The victim had been smoking cannabis with Dawson that night and the defendant claimed the man had made “inappropriate” comments about his wife in the past.

On the cricket bat was a bloody thumbprint from Mr Bacon. The victim had broken bones in his hand.

The conclusion should be obvious, said Mr Smith.

“It wasn't Mr Collins trying to defend himself, it was Mr Bacon,” he told the jury of six men and six women. 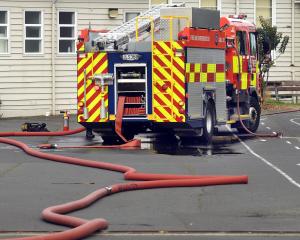 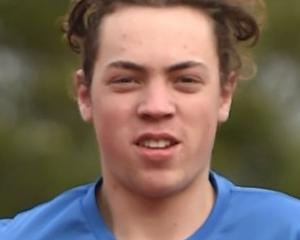 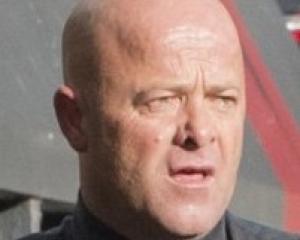 Rapist of host has appeal rejected 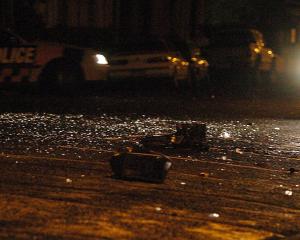