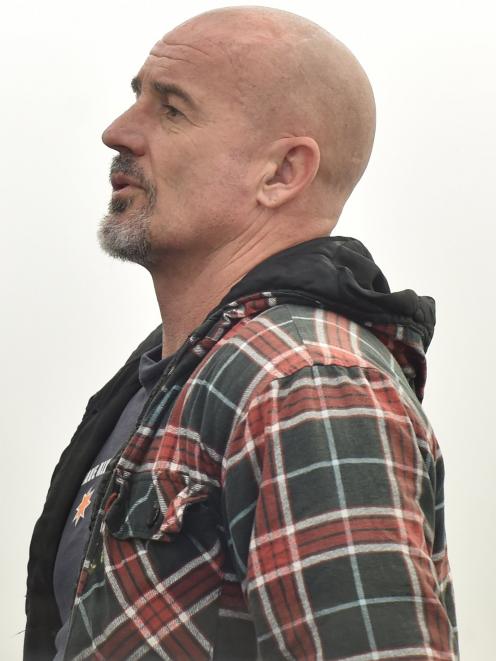 Kelvin Wisely’s drug crimes began when he lost his licence for drink-driving, the court heard. PHOTO: ODT FILES
A large-scale drug dealer made a last-ditch attempt to save his rural home from forfeiture by claiming it was his connection to his late father, a court has heard.

Kelvin Bruce Wisely (51) was jailed for seven years and 10 months for commercial cannabis growing and methamphetamine selling in March 2018 and his troubles have continued since.

First he was forced to forfeit $25,110 found at his Clutha home when police raided it.

Then last month, Justice Gerald Nation dealt another blow when he ruled the property should be handed over to the Crown on the basis it was intrinsically linked to the illegal activity.

Wisely said the house was bought with the proceeds of a sale from a "pretty crummy house in town", wages from "years of hard work truck-driving" and an inheritance from his father.

It was precious for his sanity to preserve that link to his dad, he argued before the High Court at Dunedin.

Wisely claimed he would suffer severe anxiety without a home to return to following his release from prison, but Justice Nation was far from convinced.

"In embarking on commercial cannabis cultivation and involving himself in extensive methamphetamine dealing, he was willing to subject himself to what should have been the stress of engaging in serious significant criminal activity," he said.

The release of the judgement this week gave further insight into Wisely’s crimes, which the judge found extended well beyond what he had pleaded guilty to.

The court documents also revealed how his descent began: with a simple drink-driving conviction in June 2016.

It was Wisely’s sixth such conviction and he subsequently lost his licence for a year and with it his job as a truck driver.

He picked up some hours at the freezing works and a couple of days digger-driving at the Waitahuna goldmine but was "on the edge financially".

He said he was approached by a woman while working at the mine who asked him to "sell some stuff with an enticing profit margin".

Wisely was then put in contact with the Hamilton supplier who would supply him with several ounces of meth concealed in a Thermos, which would later be returned full of cash.

Justice Nation said it was likely the dealer was selling three ounces of methamphetamine fortnightly from at least December 2016 to July 2017.

It was not only that; he also had a sophisticated cannabis-growing set-up in his barn, the court heard.

In March 2016, Wisely made a $100 purchase from a hydroponics supplier and there were other bank transactions at garden-supply companies.

When police searched the property 16 months later they found a fully enclosed hidden room behind a false wall.

Shelving had been constructed for storing products and an old fridge had been converted into a chamber for growing cannabis plants from clones with fluorescent lighting and a heat pad.

Police called it a "sophisticated commercial operation" but the defendant painted himself as an amateur, who supposedly lost his first two crops to spider mite.

There was, however, evidence of a phone call Wisely made to a friend in which he marvelled about how fast the stacks of cash were building in his bedroom.

He claimed in court that he was exaggerating the sums involved but it did not wash with Justice Nation.

"He has not been either a reliable or honest witness as to his evidence on crucial matters," the judge said.

Along with the $25,000 cash already seized, he made a forfeiture order worth nearly $200,000 against the incarcerated man.