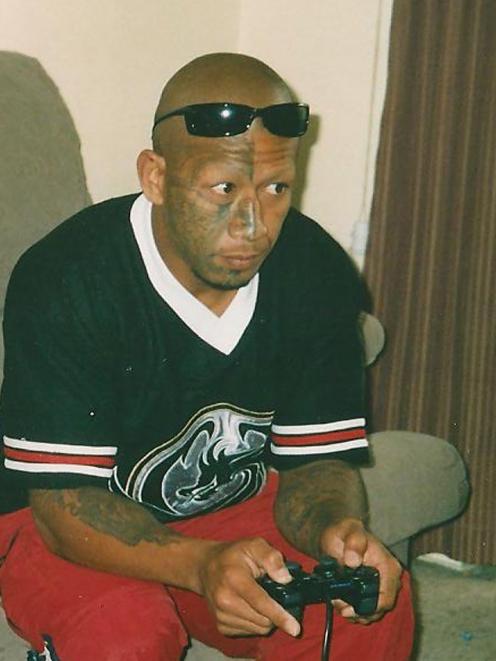 Corrections want sex offender Sam Duffy monitored by GPS once he is released from prison. Photo: Supplied
Authorities are scrambling to impose extra safeguards after concerns were raised about a remorseless sex offender's release from prison.

Sam Samson Duffy (45) has been denied early release seven times and is coming to the end of a nine-year jail term imposed for the sexual abuse of two young girls between 2003 and 2006.

Resigned to serving the full sentence - which finishes on August 10 - Duffy did not bother turning up to his final parole hearing.

Despite the years behind bars, he continued to deny his crimes and had completed ''no offence-related treatment'', the Parole Board said in a recent report.

At his final hearing the board, headed by panel convener Judge David Mather, imposed half a dozen special conditions to last six months.

They forced Duffy to live at an approved address, inform Probation when he changed employment or started an intimate relationship, and to attend a psychological assessment.

However, the Dunedin mother of one of the victims was stunned by the lack of oversight and immediately registered her concerns with Corrections and the police.

The woman - who cannot be named as it would identify her daughter - was worried Duffy continued to harbour a grudge and would come after her and her family.

Although the Parole Board noted the prisoner had no support in Dunedin, it did not place any restrictions on him entering or living in the city.

''As a mother it was heart-breaking,'' she said.

''I don't want my kids to be looking over their shoulders for the rest of their lives.''

A week after the Otago Daily Times reiterated the mother's distress, Corrections deputy national commissioner Andy Milne confirmed the department was making an urgent application to the Parole Board ''based on victim concerns''.

''This will include seeking a condition preventing him from entering Dunedin and the wider Otago area, as well as a condition to allow his whereabouts to be monitored through the use of GPS,'' Mr Milne said.

''If these conditions are granted, he will be fitted with a monitoring device prior to leaving the prison.''

Corrections was also considering making an application to have Duffy on an extended supervision order.

The orders, which can last up to 10 years, are reserved for only the most high-risk sexual and violent offenders who need to be managed and monitored while in the community.

She had been worried Duffy had 72 hours to comply with the conditions of his release but was relieved that compliance would now be immediate and that he would likely be housed ''up north''.

The woman said Corrections had apologised to her and explained the case had ''fallen through the cracks''.

Her daughter broke down in tears when she relayed the news about the new restrictions, she said.

Duffy was found guilty at a trial before the Invercargill District Court on three counts of indecently assaulting a 9-year-old and a representative charge of sexually violating a 5-year-old, and was sentenced in 2012.

Judge Stephen O'Driscoll noted Duffy was assessed as showing no empathy for the victims or any remorse.

Nor did he express any willingness to make amends or any wish to change.

The Parole Board confirmed another hearing on Duffy's release conditions would take place this week.