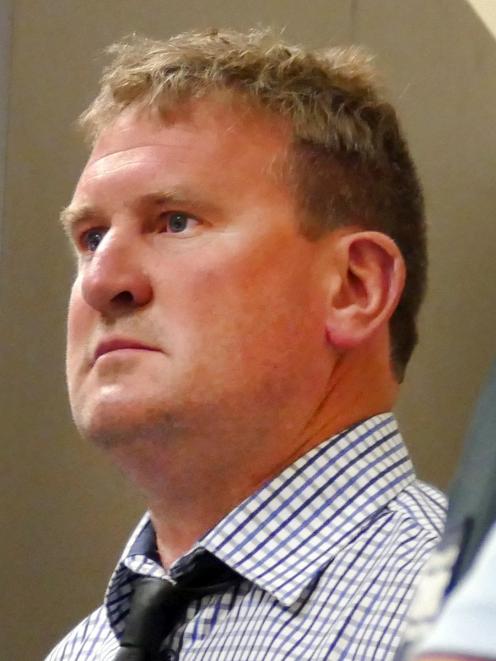 He was back in court yesterday where his counsel, Gordon Paine, made a fleeting application to have the sentence adjusted.

But before any details were aired, Judge Kevin Phillips made his position clear.

"The alternative is I send him to prison."

It resulted in a brief adjournment after which Mr Paine confirmed the application was abandoned.

At sentencing, the court heard the victim feared his rugby career was over.

On June 20, he was drinking with other players at a South Otago bar while Keach was also socialising with friends.

When a particular song was played that night, as tradition dictated, the players who were there drinking, pulled down their trousers and danced to the song’s duration.

They remained bare-buttocked immediately afterwards, standing at a table drinking.

Keach, the court heard, took a pool cue from a nearby rack and approached the victim who had his back to him.

"He held the pool cue with both hands and with a forceful upwards motion stabbed [it] into the victim’s buttocks area," court documents said.

The man felt a sharp pain and turned around to find Keach grinning at him.

He went to the toilet to assess the damage while the defendant returned the weapon to its rack and continued drinking with his friends.

The victim was bleeding heavily and visited the toilet a few times before physically taking his revenge on Keach.

A scuffle between the pair erupted and police, who happened to be at the pub, intervened.

The surgeon who later treated the victim said it would have required "significant force" to cause the injury.

Keach explained to police he had just been having "a bit of a laugh".

He was ordered to pay the victim $12,000 reparation as part of the sentence.

He was innocent, but the police would not listen