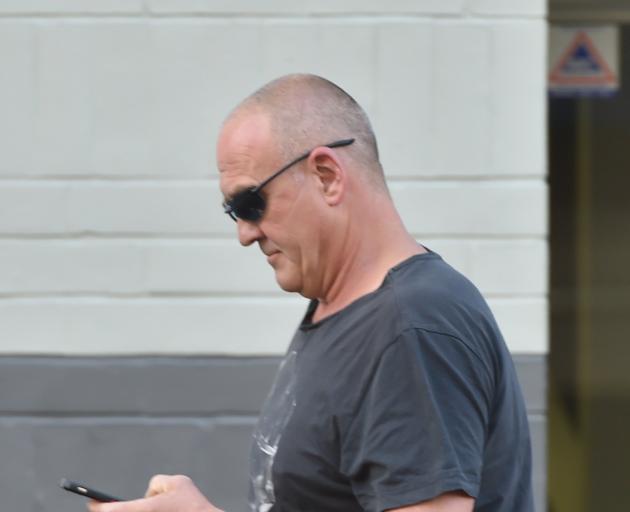 Graeme Lowery. Photo: ODT
A department of Conservation ranger, on his way to retrieve a dead sea lion's body, bumped into the man later accused of killing it, a court has heard.

Graeme Mark Lowery (54) is on trial at the Dunedin District Court charged with the ill-treatment of an animal and preventing the course of justice, after he allegedly threatened to tell an investigating police officer's wife that the man was having an affair.

For more than two years, the defendant's identity was suppressed but that suppression order lapsed yesterday when counsel Judith Ablett-Kerr QC chose not to pursue its continuation.

The Crown case is that the defendant's motive was formed when the animal began taking his salmon and ripping holes in his nets.

On November 5, 2016, Doc biodiversity ranger Jim Fyfe was informed of a dead sea lion and headed out with two associates to investigate.

A sea lion mother Joy relaxes with her pup Rua near the Warrington domain months before Rua was found shot dead in November 2016. Photo: Stephen Jaquiery
When they reached Portobello in the early evening, they found Lowery with friends drinking and preparing for a bonfire.

Unaware that the man he was speaking to would eventually be the prime suspect for the slaying, Mr Fyfe asked whether the defendant had come across the dead animal.

''They said they'd not seen anything,'' he said.

''It's not a place I'd expect to see a sea lion going naturally ... they love sandy beaches,'' he told the jury.

The witness said he noticed two injuries to the creature, from which blood seeped.

Rigor mortis had set in, too, Mr Fyfe said, so death must have been recent.

Aside from the puncture wounds, he said Rua appeared in sound health, weighing about 50kg.

''She certainly had a good blubber layer and was in good condition,'' he said.

The pair had been dating for only a few weeks, after meeting through the dating app Tinder.

She said the defendant heard a marine mammal interfering with his fishing nets while he was urinating from the deck of his Portobello home one night.

''It wasn't just one conversation. He went on about it, for like a week or 10 days or something,'' Ms Cormier said.

Ms Ablett-Kerr suggested the woman was exaggerating but she vehemently denied that.

The court heard the brief relationship between Lowery and Cormier ended the day before the alleged killing of Rua.

The woman said her then boyfriend had invited her to a pub but spent the night talking to his friends without buying her a drink.

The spat, Ms Cormier said, came to a head outside the premises.

Ms Cormier spent the night at a local resident's home and never saw the defendant again.

She called him a ''big, overbearing, awful, loud, angry man'', and two weeks later, after hearing about Rua's death, she contacted police.

She acknowledged she was aware of a reward being offered but said her actions were nothing to do with a financial incentive.

''I don't think I'd put myself through all this drama for it,'' she said.

Lowery's daughter Carmen, who gave evidence on Monday, also spoke out against the man.

She maintained the reward had no bearing on her decision nor any grudge she may have against her father.

The trial, before Judge Michael Crosbie and a jury of nine women and three men, continues.