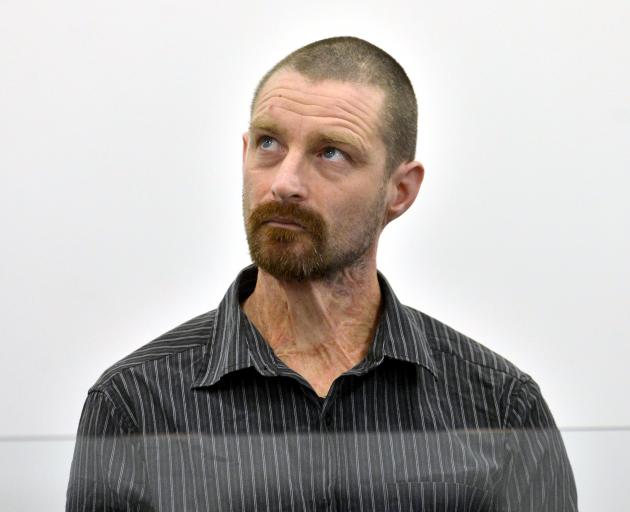 Dwayne Davis. Photo: ODT files
A Waihola sex offender who abused two boys and supplied them with drugs has been released on parole with 14 months of his sentence remaining.

Dwayne John Davis (also known as McLean) was this week allowed to return to the area where his offending occurred but the Parole Board was satisfied it would not prompt further indiscretions.

“From the information available to us . . . any contact with his victims is most unlikely to occur,” panel convenor Neville Trendle said.

His risk of re-offending would only increase if Davis returned to substance abuse, he said.

The man was sentenced to five years’ imprisonment in 2016 after being found guilty of sex and drug offences.

The imposition of the prison term sparked a foul-mouthed tirade at the Dunedin District Court hearing and Davis initially maintained his claims of innocence.

However, last year he admitted his involvement at a parole hearing.

In explanation for the drug supply, Davis said he had oxycodone prescribed to himself and he grew cannabis which he kept in boxes in his bedroom.

He did not stop anyone else having access to the substances.

At trial, the court heard Davis was at his home with one victim, who he had plied with alcohol and cannabis.

The boy woke with Davis lying behind him with his hand down his pants.

The judge described the sexual offending as predatory, self-gratifying and involving an element of grooming.

Davis had a criminal history stretching back to 1994, the Parole Board heard, but this had been his first time behind bars.

He was assessed by a psychologist as a low-to-medium risk of re-offending.

While serving his sentence, Davis had worked outside the wire and been on two guided release activities.

Mr Trendle said Davis did not need to be electronically monitored; his conditions included: