Crowds mellow at Wingatui and Forbury 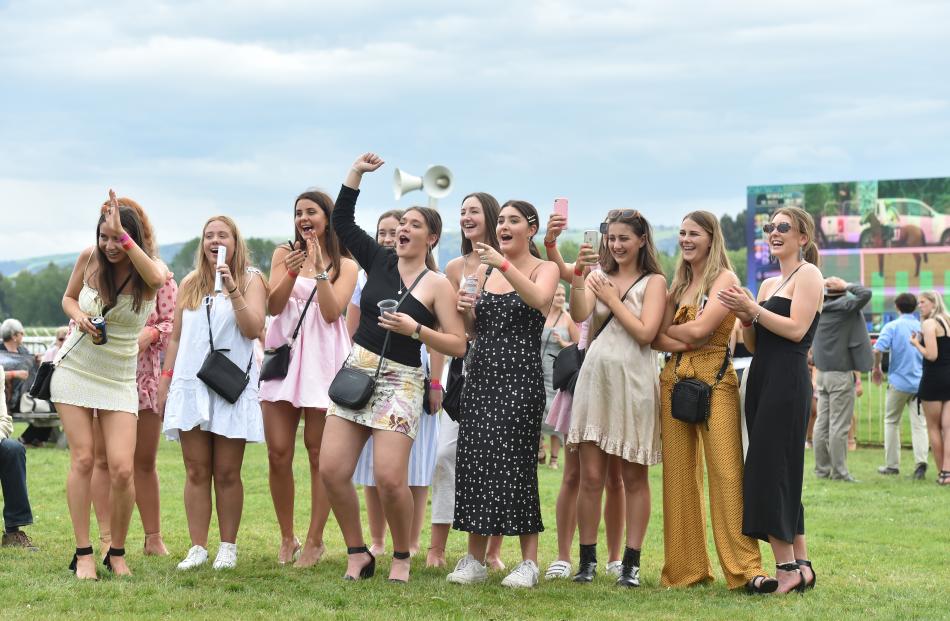 Supporters cheer on their favourites at the Fashions in the Field event at Wingatui. PHOTOS: PETER MCINTOSH/STEPHEN JAQUIERY/GETTY IMAGES 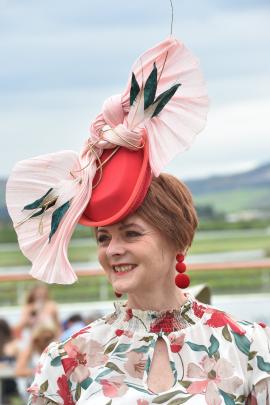 Fashions in the Field third place-getter Simone Montgomery at Wingatui. 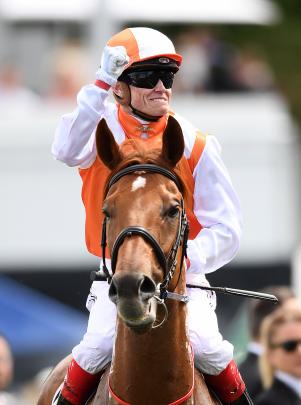 Craig Williams celebrates after riding Vow And Declare to win the Melbourne Cup. 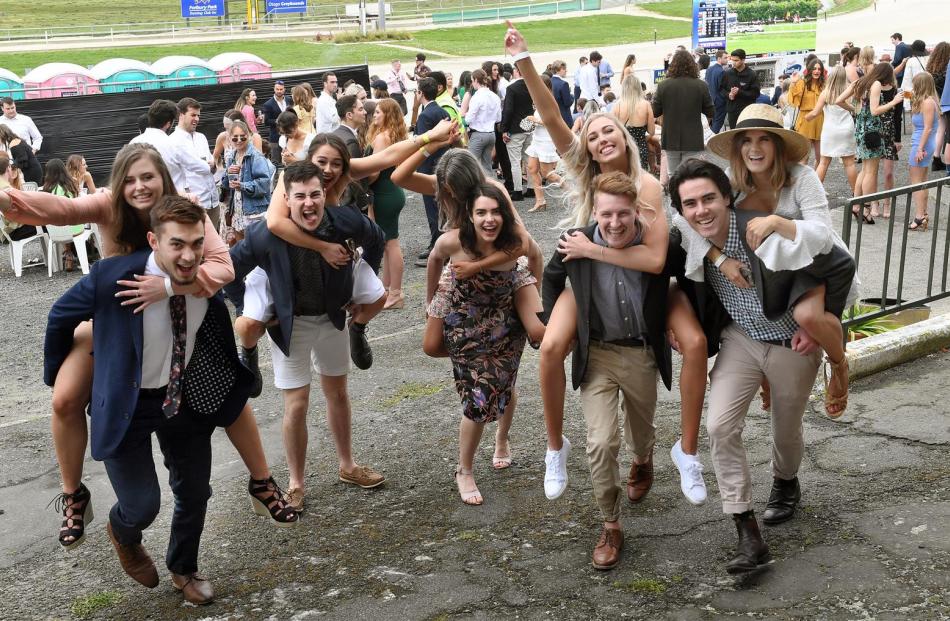 A taste of Melbourne came to Wingatui and South Dunedin yesterday, though horses only turned up at one event.

Wingatui Racecourse had its annual Melbourne Cup Day, while Forbury Park Raceway held an event it called Ball at the Races.

At Wingatui, fashion was a major feature in between the thunder of racehorses galloping by.

Desiree Bond, of Dunedin, won the H&J Smith-sponsored Fashions in the Field event with a minimum outlay on her ensemble.

Her coat was found in a suitcase bought by a friend from a deceased estate.

"I begged and borrowed the rest of it."

Her hat she made from fake flowers.

"I'm absolutely ecstatic," she said of her win, and was looking forward to the prize of representing Dunedin at the national Fashions in the Field event at Ellerslie Racecourse in Auckland in February.

Sergeant Boyd Smart, of Mosgiel, said behaviour had been good with just one arrest for disorder.

There were no long faces among the hundreds who attended yesterday's Ball at the Races at Forbury Park Raceway, as there was no horse racing at the event.

Instead, attendees were there to dance to popular Auckland DJs Lee Mvtthews (Graham Matthews and Tom Lee), as well as other local DJs and live acoustic bands.

The only sign of a horse race was on a large screen broadcasting the Melbourne Cup live, and a group of students racing each other.

University of Otago student Lucy King said it was a fantastic atmosphere.

"No horses? Who cares?

"The students that are here are here for the party."

Event co-ordinator Andre Shi said it was a calculated gamble the ball would be a success, but he was surprised by just how successful it was.

"We've done due diligence and spoken to a lot of students.

"About 95% of the punters have told us they don't care about the horse racing.

"It's just a good excuse to dress up, look glamorous for the day, and have fun.

"I think being the first time in a brand new location, this has proven to be very successful. I'm delighted."

Within two hours of the gates opening, event co-ordinator David Isaacs said more than 500 people had arrived. He estimated about 1000 people attended the seven-hour event.