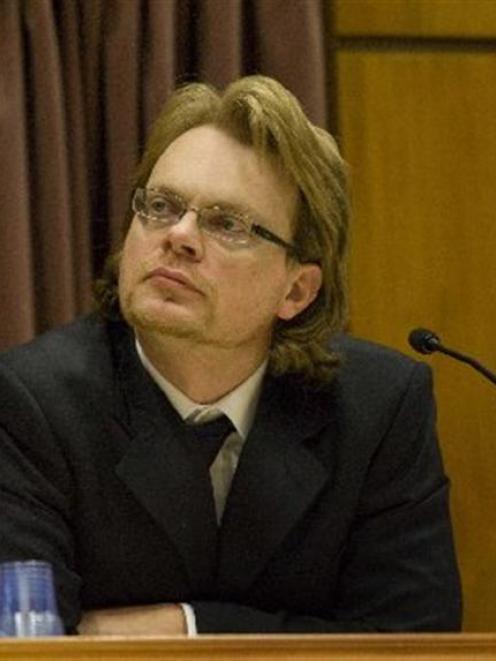 Dr David Chaplow, director of Mental Health for New Zealand, yesterday described Weatherston (33) as having an anxiety disorder and personality features of narcissism and obsessionality

And he said there were indications of considerable maladaptiveness and problems with social and inter-personal relationships.

But Dr Chaplow has agreed with Crown counsel Marie Grills he found no reference to narcissism when he looked at the notes of a psychotherapist Weatherston had been seeing for several years in Dunedin.

Mrs Grills suggested if the narcissism was all pervasive and long-lasting, there should have been some reference to it in the notes. But Dr Chaplow said he was unsure how much of Weatherston's history had been taken although the lack of detail in the notes could relate to privacy.

''But wouldn't you expect to see some reference to these traits - grandiosity, arrogance?'' Mrs Grills asked.

Dr Chaplow said he would not necessarily expect that and did not see it.

''I noted a degree of mild depression and also a degree of frustration he was experiencing not achieving his potential.

He told Justice Judith Potter one of the most significant features was Weatherston's inability to let go, which matched the traits if grandiosity and entitlement. His former girlfriend had noted that as a dominant trait as had an academic colleague.

And Miss Elliott had alluded to it in terms of ''breaking up or making up''.

''It appeared in spite of good advice from many quarters, Weatherston was unable to let go, wanting to have the last word, wanting to make his point by humiliation and so we have the final tragedy,'' Dr Chaplow said.

Dr Brinded said that during his interview with Weatherston, the accused demonstrated ''a significant lack of empathy and remorse'' over what he had done and seemed to show ''a degree of arrogance'' in the way he talked of how Miss Elliott had been portrayed since her death, and the fact a university trust had been established in her name.

Weatherston had no serious mental disorder, Dr Brinded said. He was largely dominated by narcissistic personality traits with some histrionic characteristics and borderline traits.

At the interview, he appeared to accept no responsibility for what had happened in the relationship and for what he had done. And he tried to control the interview by using a hand-written chronology of events.