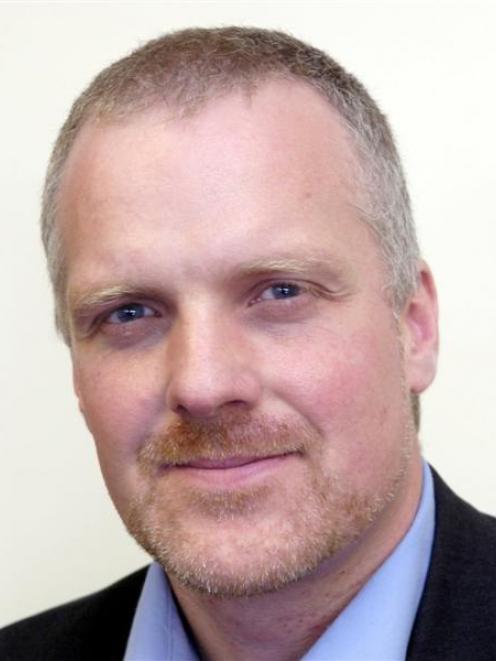 Ian Duncan.
The New Zealand Transport Agency is conducting a safety review of the one-way state highway systems through Dunedin, following a request from the Dunedin City Council.

But the national agency will not disclose details of its review or an estimated completion date.

State highway manager (Otago-Southland) Ian Duncan said the NZTA had responded to the council's request for information about options to improve cycle safety on the one-way systems, following the death of a cyclist outside Dunedin Hospital last month.

''We have initiated a review,'' he said.

Mr Duncan said it was too early to say which organisation would have to pay for any improvements, and it could depend on the scale of work.

Dunedin Mayor Dave Cull sought an urgent investigation into whether the one-way systems could be made safer for all road users, in particular cyclists.

He expected it would take the NZTA some time to respond, but hoped to have something to ''chew over'' as soon as possible.

''I understand the review will include sitting down and having discussions with us [DCC] and I would hope that we can move on the short-term solutions quite quickly. Long-term solutions may take some time but we should at least get into discussions soon,'' Mr Cull said yesterday.

DCC chief executive Paul Orders wrote to the NZTA two weeks ago, asking it to urgently address the issue.

It was hoped the agency, which had legal jurisdiction over state highways, would supply a list of temporary intervention options to improve the safety of cyclists, and develop a high-level plan for enhanced cyclist and pedestrian safety on Dunedin's one-way systems.

The council also hoped the NZTA would suggest alternative enhanced routes and assistance in funding for such work, to make Dunedin safer for cyclists.