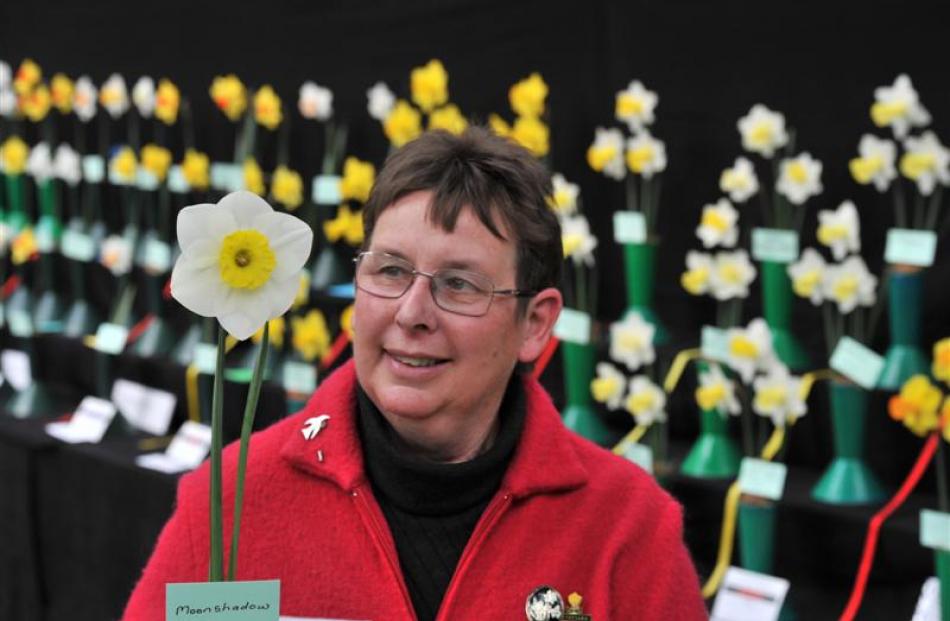 Denise McQuarrie with her winning bloom, Moonshadow, at the World Daffodil Convention 2012 in Dunedin yesterday. 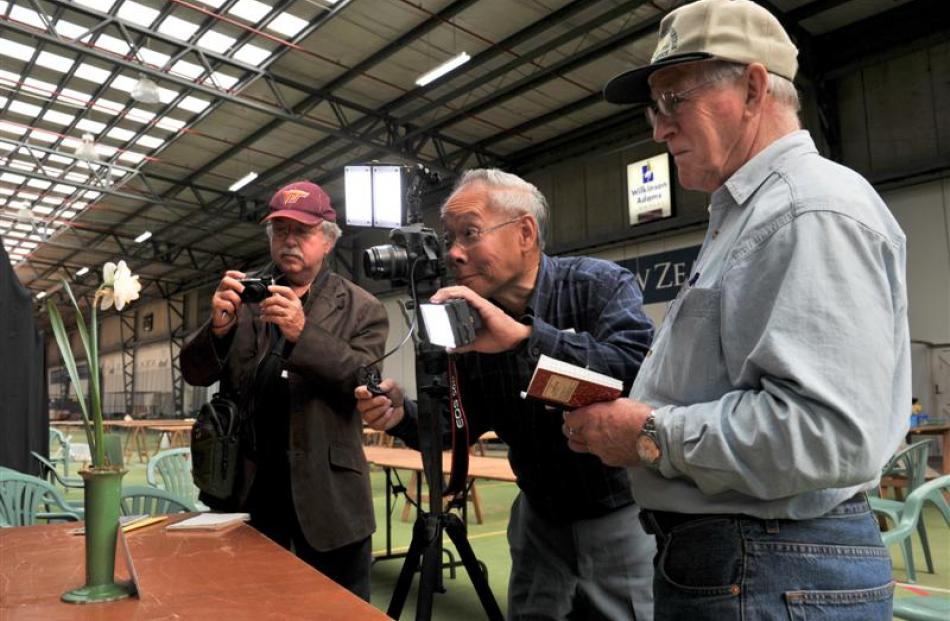 Kirby Fong (centre) photographs a premier bloom while Don Catons (left) from the United States and Welly Munro from Richmond look on. Photos by Jane Dawber.

Denise McQuarrie is on a colourful winning streak.

"It's been a good year for champion blooms - very unexpected," the Ngatimoti, Motueka Valley grower and judge said.

The World Daffodil Convention winning bloom, Moonshadow, was a British bloom, which attracted the judges' attention because of its large size and beautiful form, convention convener Trevor Rollinson said.

"It was the only one of all the Moonshadows I grow that was perfect enough to pick," Mrs McQuarrie said.

The wins were quite surprising given it had been a hard season for daffodil growers, there having been much rain, she said.

"Then the ground warmed up and brought out the daffodils early."

Daffodils are Mrs McQuarrie's hobby and as well as her "show patch" she has a "field of dreams", a 0.3ha patch of naturalised daffodils.

She and husband Neil planted 12,000 in the field, which they topped up each year.

"It's a wonderful sight."

The attraction of daffodils was watching them come through the ground at the end of winter, Mrs McQuarrie said.

"It gives you hope that spring is around the corner."

She also won the Best of British Raised daffodil prize and Best White in Show with a seedling she bred herself.

Mr Rollinson said about 80 exhibitors entered about 2500 flowers, which are on display at the Edgar Centre over the weekend.

Of the 179 people attending the convention, which also included seminars, garden visits and social occasions, 56 were from overseas, mostly from the United States.