DCC body cameras show their worth

By Tim Miller
0 Comments
Footage from body cameras worn by Dunedin City Council enforcement officers has been used as evidence by police on at least three occasions since April, including a physical assault on an officer.

In April, the Dunedin City Council bought 10 body cameras for enforcement staff to wear when they were on patrol.

Council compliance, animal and parking services team leader Peter Hanlin said since they had been added to parking officers’ protective equipment, there had been three instances where footage they recorded had been used by the police. 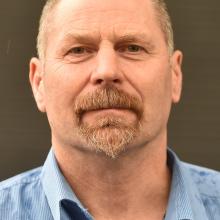 "The footage has been really valuable in proving the allegations of the officer against the assailant and also in the prosecution as well."

In the most serious case,  a parking officer was assaulted by a member of the public, who was later charged and prosecuted, Mr Hanlin said.

On the other occasions footage was used as evidence, a member of the public had damaged a parking officer’s property and an officer was verbally threatened and abused.

"They have proven to be an extremely useful tool, not only from a health and safety aspect but also the evidence they are able to capture."

The cameras also acted as a deterrent and potentially dangerous situations had de-escalated as a result of the officer turning on their camera, Mr Hanlin said.

Since the cameras were introduced, staff had reported feeling safer, he said.

"They have a bit more confidence now when dealing with some situations."

Members of the public could also ask for a camera to be turned on.

On average, the cameras were activated about two or three times a week, Mr Hanlin said.

Each camera cost about $2500 and allowed the person being filmed to see themselves on a screen, which also modified behaviour.

"Quite often the mere fact that the officer says this incident is being recorded defuses the situation," Mr Hanlin said.