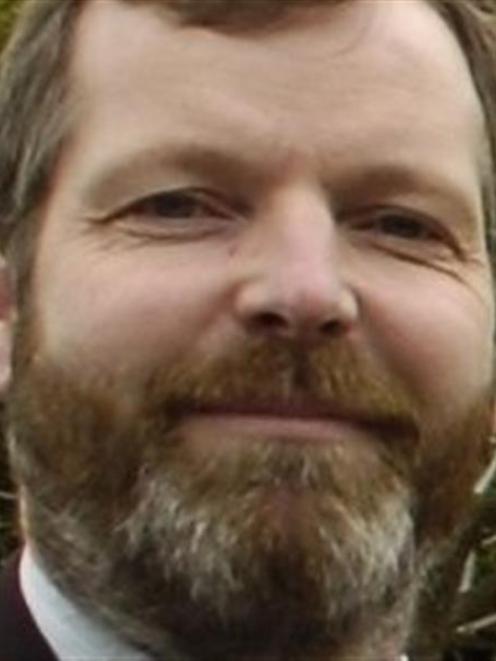 Paul Freeland.
The Dunedin City Council has taken the unusual step of agreeing to connect reticulated water and waste water services to a rural-zoned subdivision on the fringes of the city.

The council has recently taken a hard-line on such requests, even where existing infrastructure would allow it without much effort, wanting to stick with its policy to restrict urban sprawl.

City development staff are also generally opposed to rural and rural-residential zoned properties being connected to reticulated service, because it can lead to demand for additional infrastructure and ultimately a loss of rural amenity and land as it becomes more urbanised.

However, in this case they recommended the council approve the connection of properties in the proposed area.

''This is unusual. It is not often you will see someone from city development promoting something like this,'' planner Paul Freeland told councillors yesterday.

The councillors were considering an application from RPR Properties Ltd, for water and waste water connections on its rural-zoned subdivision at 33-49 Dalziel Rd.

The company received consent last year to create six rural lots, which are already for sale on the site, and three other lots which could be divided into 20 properties in the future.

The sites would have on-site effluent treatment and rain-fed water tanks, but the council's decision at the time noted the site was located close to the city's infrastructure and it was likely future connections of the reticulated network to the site would be required if the zoning were ever changed to residential.

The company was not seeking residential rezoning, but now considered connection would provide a better long-term solution than individual on-site connections, a report to councillors said.

Because of the area involved, the application was considered to be more appropriately treated as an addition of a new water supply area to the council's water bylaw.

Several neighbouring properties should be included to make the area contiguous.

Mr Freeland said despite its rural zoning, the area was considered by staff to be an orderly expansion of an urban area and an infill of land that could not reasonably be put to a rural use. Also, rezoning of the area to residential was being considered as part of the District Plan review.

The risk of not allowing water supply to the area now was that it would all be developed as rural lots and the opportunity for compact residential expansion as desired in the spatial plan would be lost, he said.

Also, there had been a long history with the site.

A private plan change to rezone the site residential was supported by staff in 2005, but had not gone ahead for various reasons.

The site had been through various consent processes since to end up as it was.

Cr Lee Vandervis said it was these iterations which were suspect.

The situation today was the result of ''a very clever developer'' getting what was desired by stealth, he said.

Cr Jinty MacTavish also did not like the position the council found itself in, but said she would support the move because it was the best option in a ''bad set of cards''.

This showed how desperately the city need the second generation district plan in place, she said.

Cr Vandervis was the only councillor of 13 present to vote against adding the area to the city water supply.