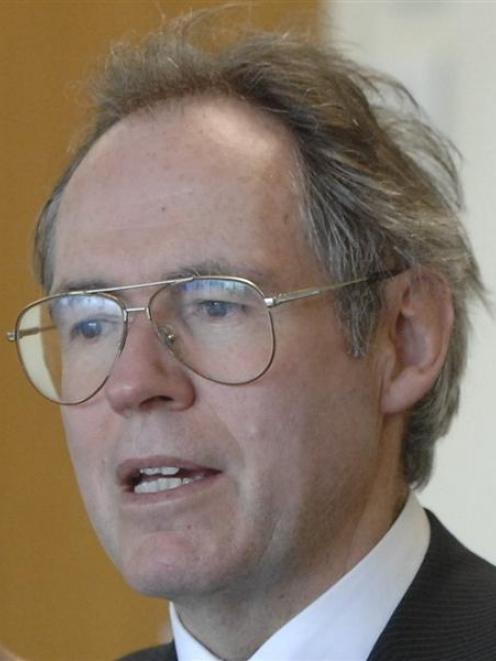 Jim Harland
The Dunedin City Council insists its severance payments are not a cause for concern, despite paying out more than $200,000 to four staff in the past financial year.

The payments in November or December last year were within information the council provided to the Otago Daily Times this week.

The DCC bill was higher than severance payments made in the same period by the Otago District Health Board, an organisation four times the council's size, and twice the total paid by the Auckland City Council, New Zealand's largest.

The health board, which employed 2393 full-time equivalent staff, spent $122,383 terminating the contracts of six employees.

The Auckland City Council, which employed more than 2350 full-time equivalent staff, made nine payments totalling $102,667 in the period, a spokesman said.

The DCC, by comparison, employed 679 full-time equivalent staff, but spent $204,382 shedding four surplus staff in the year to June.

Council chief executive Jim Harland said the $204,382 bill was the result of "significant" restructuring within the organisation late last year.

The payments were calculated using a set formula based on industry norms and reflected the cost of losing senior staff, he said.

"If someone has been with us for a while, we pay quite a lot of money," he said.

Asked if the increase in payments and the size of the total bill would worry him, Mr Harland said: "No, it wouldn't".

"It depends on individual circumstances . . . A number of those affected by our redundancies were long-term employees," he said.

"That was quite a difficult change, but that was the right thing to do for the organisation," he said.

The payments came from within the existing budgets of council departments, and compared to the council's overall annual wage bill of $39.6 million, he said.

He confirmed the number of payments made by the council in the financial year was unusual, saying the council had averaged "about two" payments each year over the past decade.

There had been no severance payments paid by the council since late last year, and he confirmed departing council strategy and development general manager Kate Styles would not receive a payment.

Mrs Styles announced in October she had resigned to take up a management role within Housing New Zealand in Wellington.

Invercargill City Council made no severance payments in the year to June.