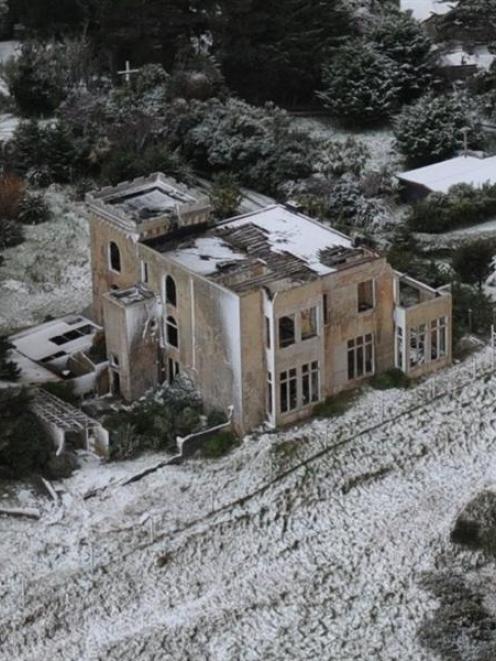 Cargill's Castle.
Long-delayed plans to make greater use of the scenic and recreational potential of Cargill's Castle have been revived after the Dunedin City Council bought land to provide eventual public access.

Much more work remained to be done, but the council support would allow plans to move forward, Mr De Graaf said.

The trust aims to raise funds to secure the castle ruins, which are continuing to deteriorate, and to develop a community recreation area nearby.

Mr De Graaf said the castle was now in a dangerous state and the trust did not want to encourage members of the public to visit it until the ruins had been secured.

Cr Paul Hudson, who chairs the council community development committee, said it had taken a long time for public access to be secured and "it's really great that it's actually happened".

Some other details, including the purchase price, were not immediately available yesterday.

Trust secretary Barry Clarke said although the trust had been able to continue planning, the castle project had previously been in limbo because of the lack of public access.

"It's a huge step. We've been treading water for years."

He believed the council land purchase was the "most significant event" involving the castle since the trust bought it.

An engineering report would be commissioned quickly and he believed the necessary funding would be raised and the ruins secured by the end of next year.

Cargill's Castle
- Designed by architect Francis Petre.
- Built on promontory near St Clair for Edward Cargill, the eighth child of city founder William Cargill.
- Completed in 1877.
- Gutted by fire in 1892.