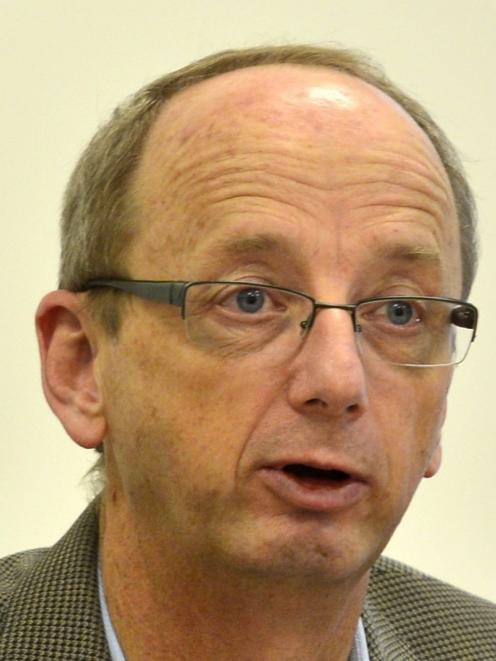 Tony Avery
A Dunedin City Council manager has walked away from his own contract to restock vending machines at Moana Pool, as an investigation into a possible conflict of interest continues, it has been confirmed.

That was weeks after it emerged Mr Prescott had been receiving up to $10,000 a year to restock the machines, despite previous denials by the council any of its staff were profiting from the machines.

The sudden cancellation of Mr Prescott's contract with Vending Direct took place last Friday, with immediate effect, but only came to light yesterday.

That prompted Vending Direct managing director Paul Faint to contact the Otago Daily Times yesterday to say that was not correct.

He would not elaborate, but Mr Avery confirmed when contacted the cancellation of the contract had been omitted from information released on Wednesday.

''What we should have done in the release [on Wednesday] is add that it has been terminated as of, I think, last Friday.''

The contract was due to expire in January, anyway, but Mr Prescott had decided to do so immediately, given recent media attention, Mr Avery said.

''He's just made a decision that it's just not worth it.''

Asked if Mr Prescott had been told to make the decision, Mr Avery said: ''We had a discussion about lots of aspects to do with the vending machines.

Mr Prescott could not be contacted yesterday, but it was understood he had been told not to talk to the media.

Mr Avery said the council, which was not a party to the contract, would not face any financial penalty from the early and immediate termination of the deal.

He could not say if that was also true for Mr Prescott or his company, Prescott Enterprises.

''I don't know the details of the contractual arrangements that Prescott Enterprises had with Vending Direct.''

The machines were still operational and Vending Direct was understood to have made alternative arrangements, Mr Avery said.

The latest development came after independent auditing firm Crowe Horwath, which has an office in Dunedin, was called in to scrutinise the contractual arrangements surrounding the machines.

The investigation was expected to be completed within two weeks, and would include looking at whether Mr Prescott had a conflict of interest, it was confirmed this week.

Mr Prescott was in charge of negotiating and renewing contracts to keep the machines at Moana Pool, while at the same time profiting from his own contract to restock them.

However, Mr Avery said the council did not yet have a view on whether Mr Prescott had a conflict of interest arising from the deal.