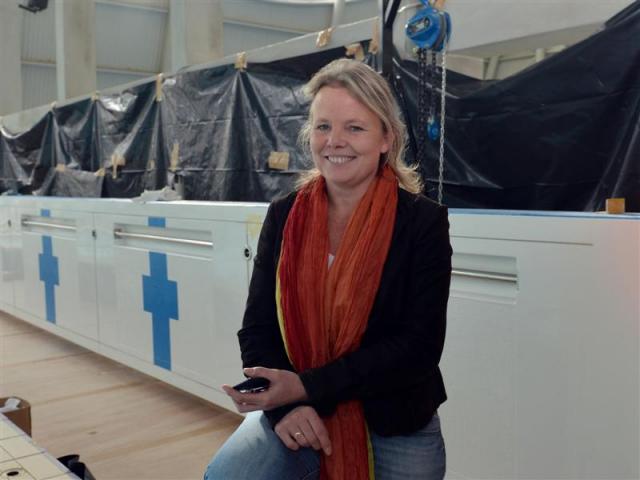 Moana Pool is getting an early present before its 50th birthday later this year.

The Dunedin City Council's new aquatic services manager says she is excited about taking charge of one of the city's key facilities.
The former manager of Dunedin's Moana Pool, Steve Prescott, is remaining tight-lipped about a new role running Ashburton's $34 million aquatic and recreation centre.

A Dunedin City Council manager has walked away from his own contract to restock vending machines at Moana Pool, as an investigation into a possible conflict of interest continues, it has been confirmed.
The investigation into a Dunedin City Council manager's private profits from vending machines at Moana Pool is to continue next year.

A Dunedin City Council manager says he is being ''dragged through the wringer'' over questions about his private contract to supply vending machines at Moana Pool.
The installation of high-tech cameras at Moana Pool was prompted by incidents such as the death of a man and a near drowning.

A man has been charged with the indecent assault of three women at Moana Pool, in Dunedin, yesterday afternoon.

A climbing wall at Dunedin's Moana Pool is still on the cards, although a year-old proposal to build it is still being assessed by Dunedin City Council staff.

The chairman of the Dunedin City Council's aquatic facilities working party says questions will be asked after the estimated cost of a new Mosgiel swimming pool complex jumped by more than 50% to $18 million.
A team of five people with swimming and sports administration backgrounds have been appointed to the new Dunedin Swim Coaching Board, formed to oversee coaching of the sport in the city.

A Dunedin Swim Coaching Board is expected to be in place by October 1.

Dunedin's swimming community will meet today to discuss future plans after the Dunedin City Council agreed a Dunedin swim coaching board be established to oversee coaching services at Moana Pool.

An independent panel reviewing professional swim coaching services at Dunedin's Moana Pool has recommended a "Dunedin swim coaching board" be established to manage and provide guidance for swim coaching in the city.
Moana Pool's popular children's facility is open again in time for the last days of the term break.
Irate parents are challenging the Dunedin City Council's decision to close a popular children's facility at Moana Pool during the July school holiday.
Swim clubs and coaches will have to pay lane fees at Moana Pool from next year, although the proposed charges were scaled back after multiple pleas that they were unaffordable.
Swimming coaches and affiliated clubs are to be approached for their views on the independence of a panel to review professional competitive swim coaching contracts at Moana Pool in Dunedin.

The establishment of an independent expert panel to review Dunedin's professional swim coaching needs has been proposed after multiple instances of contention around swim coaching contracts.