Swim coaching board proposed for Dunedin 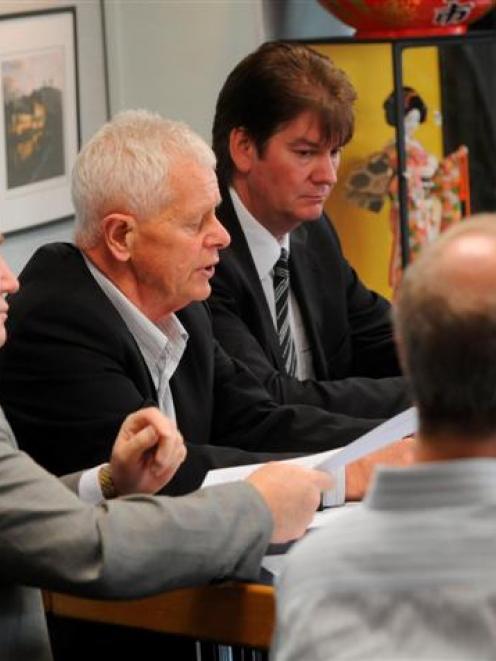 It has also recommended that two swim coaches be retained under the board, albeit under a more collegial and collaborative coaching arrangement, and discussions be held with existing clubs to encourage amalgamations of clubs to allow better use of pool space and time allocation.

The board would consist of five members appointed on a voluntary basis, who would also be responsible for providing swim coaching services, via two professional swim coaching contracts, to squad-based swimmers in Dunedin and implementing a raft of other recommendations made by the independent panel.

Those included ensuring the development of: consistent professional standards and key performance indicators for professional swim coaches; an independent process for dispute resolution; equal coaching contracts; the independence of coaches from swim club committees; and collaboration and co-operation between coaches.

It should also ensure that coaching services take advantage of expertise available at the University of Otago and that other aquatic disciplines, for example, triathlon and surf lifesaving, have lane space for coaching at Moana Pool or elsewhere.

The board would hold a $40,000 (from existing budgets) annual contract with the Dunedin City Council, which owns the pool, for the provision of swim coaching services, focusing on competitive swim squads and elite swimmers in the first instance.

The panel found the current professional swim coaches at Moana Pool provided a high level of service to individual squad members, which was reflected by performances at national level.

However, one of the current swim coaches, Andy Adair, has already resigned over the review, saying it was disruptive to his coaching and ignored eight years of hard work on his part.

Council staff support the recommendations, in the main, and councillors will be asked at next week's community development committee meeting to agree to consult on the board proposal, and that discussions with swim clubs regarding amalgamation go ahead.

They will also be asked to note the panel's support for work already happening this year on investigating extending the season for the Port Chalmers, Mosgiel and St Clair pools to increase the availability of quality water space for competitive swim coaching.

The panel of sports academic and former Olympian Dr David Gerrard, John Brimble, chief executive of Sport Otago, and former head New Zealand swim coach Mark Bone was formed earlier this year to review swim coaching services at Moana Pool to see what improvements could be made to existing arrangements.

The two existing coaching contracts were due to expire at the end of 2012 and in early 2013, and council staff deemed it to be a good time to review swim coaching services.

The panel called for submissions, receiving them directly from 30 people, and considered a further 18 written submissions.

Neptune Swimming Club president Colin Armstrong was still "digesting" the report, but believed the recommendations looked "hopeful" and the panel did a good job.

"They are trying to, I think, do what's good for the swimmers in Dunedin."

She was "keen to move forward and move forward quite quickly" and believed "there should be some happy people".

Review of swim coaching services at Moana Pool
The independent review panel of Dr David Gerrard, Mark Bone and John Brimble found:
• Current professional swim coaches at Moana Pool provide a high level of service to individual squad members, reflected by performances at national level, but outcomes limited by factors including unequal lane time and space between coaches and the absence of collegiality.

• Dunedin has a disproportionate number of swimming clubs, with each enjoying similar pool time and space irrespective of their size or capacity to provide a meaningful pathway to competitive swimming.

• Dunedin produces a sufficient number of elite athletes in water-related disciplines, but they are inadequately served by coaching and allocated pool time and space.

• Parents believe there are insufficient professional standards in swim coaching at Moana Pool, a lack of an independent process for dispute resolution, inequality in coaching contracts, no key performance indicators for coaches, and perceive an absence of co-operation between current coaches.