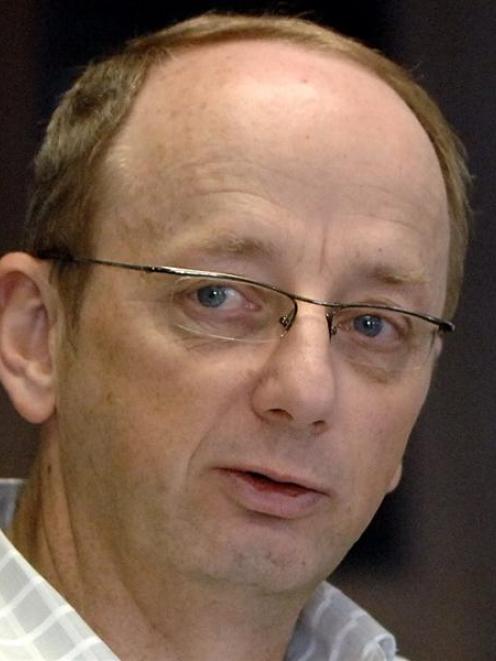 Tony Avery
A climbing wall at Dunedin's Moana Pool is still on the cards, although a year-old proposal to build it is still being assessed by Dunedin City Council staff.

A feasibility study, sketch plans from an architect and costings from a structural engineer for the $2.6 million project were presented to the council, which owns the pool, early last year by the Otago branch of the New Zealand Alpine Club.

The plans were for a 427sq m facility at the northern end of the learners' pool, including an 11m main climbing wall and a bouldering area, other climbing walls, a reception area, kitting-out area, commercial kitchen, toilets and cafe.

The Alpine Club, which proposes to set up a trust that would raise two-thirds of the cost and borrow the remainder, proposed the idea to the council early last year, after preparing the proposal in 2011.

A paper to councillors setting the final budgets for the 2013-14 financial year laid out options for changes to Dunedin's aquatic facilities in the mid- to long-term, including an upgrade of Moana Pool, but did not include any mention of a climbing wall.

Council's city operations manager Tony Avery said although the club only wanted the council to be a guarantor on a loan to help fund the wall, the council was yet to work out what its risk would be in that scenario.

The funding constraints the council faced this year also meant it ''really wasn't the right time to put it up''.

Adding the facilities to the site had been investigated, but was not yet in the council's long-term budget and, as such, was not addressed in this year's staff report to councillors on aquatic services issues to consider while setting next year's budget.

However, if the club made a submission through this year's annual plan consultation process, it might be considered as part of the following year's process, he said.

New Zealand Alpine Club and project member Andy Cunningham said he met council chief executive Paul Orders about the wall, and Mr Orders had asked him to look at alternative sites for the centre, but they had decided Moana was still the best option.

The climbing wall project presented little risk to the council, as if enough funds were not raised the project would simply fold, he said.

Mr Cunningham believed the wall would be so popular the loan could be repaid in two to three years, at which point the trust would gift the wall to the council.