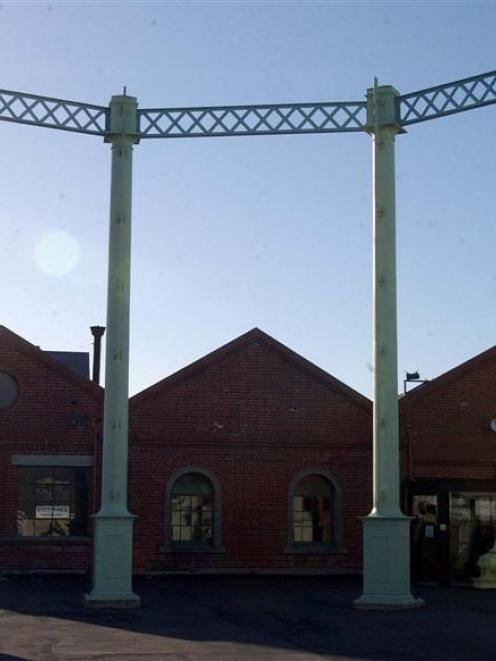 Andersons Bay Gasworks. Photo by Craig Baxter.
The dark histories of 30 properties in Dunedin contaminated by petrol spills, buried asbestos and industrial chemicals have been revealed by the Dunedin City Council.

The list includes 14 current and former service stations and garages across the city, found to have had a variety of petrol spills and other mishaps during their operational lives.

It also includes details of pesticides dumped at the AgResearch Invermay site at Mosgiel, and asbestos buried under the Orokonui Holiday and Recreation Park site, near Waitati.

The city's confirmed contamination hotspots were released to the Otago Daily Times this week, following a request under the Local Government Official Information and Meetings Act 1987.

However, the council is withholding details of another 194 sites - including 50 residential and 145 commercial properties - scattered across the city and also suspected of possible contamination.

Council chief executive Jim Harland is in Australia and could not be reached for comment.

However, in a letter to the ODT, he argued information about suspected sites remained "unverified" and required further work, and would be released only after payment of a $15,050 fee covering staff research costs.

Staff would need to spend an estimated 480 hours researching and preparing a 2000-page report, he said.

The cost of the report would actually be more than $36,000, but the council was prepared to undertake the work at a reduced rate "in the interests of the public good", he said.

Mr Harland's comments came after the Office of the Ombudsmen in August ruled the Hawkes Bay Regional Council should reveal details of confirmed and potentially contaminated sites in its area.

The decision prompted Environment Minister Nick Smith to say councils across the country should do the same.

However, Mr Harland said the council's decision came after careful consideration of the ruling of the ombudsmen and legislation.

It also followed the Otago Regional Council's decision last month to refuse to release a list of sites across Otago, following a request from another Dunedin media organisation.

Contamination of the gasworks site occurred in 1990 when sludge was washed into the stormwater system, but was being remedied, while excessive amounts of oil from heating storage tanks had been found in soil samples at the Coronation Hall.

The Glendermid Leathers tannery at Sawyers Bay was also found to be contaminated, with elevated metal levels detected in soil samples.

Elevated boron and lead levels, which breached Ministry of Health guidelines on drinking water, were also detected downhill from a former landfill at Gladstone Rd, in Wingatui, which had been closed in 1970.

The council responded by restricting the use of bores for potable water and irrigation in the area.

The regional council was responsible for identifying and monitoring contaminated land, but provided a list to the city council, which was tasked with preventing or managing any problems arising from use of the land.

The Dunedin City Council has released details of 30 sites across the city confirmed to be contaminated, and the steps taken to fix or manage each site.

◊ The council is withholding details of another 194 sites suspected of contamination, unless staff costs of $15,050 are paid.

◊ Types of confirmed contamination include buried asbestos and dumped pesticides, petrol and oil spills and leaks at service stations, and elevated metal levels in soil samples at a Sawyers Bay tannery.

◊ Release follows an Office of the Ombudsmen ruling in August that the Hawkes Bay Regional Council should reveal details of confirmed and potentially contaminated sites. Environment Minister Nick Smith says councils across the country should do the same.