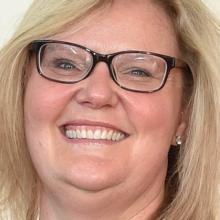 Susie Staley.
The Dunedin mayoral race could be about to heat up as  lawyer Susie Staley, of iD Dunedin Fashion Week fame, is believed to be considering a bid for the city’s top job.

Councillor Andrew Whiley said yesterday he would pull out of the race if another candidate, who he declined to name, entered the race.

The Otago Daily Times understands Cr Whiley was referring to Ms Staley, but she declined to confirm or deny she was standing when contacted yesterday.

"The rumours can keep going," she said.

Apart from being a lawyer, Ms Staley has served on a variety of boards including those of Tower, Maritime New Zealand and PGG Wrightson, and was a finalist in the Women of Influence Awards in 2013.

She stood down as iD Dunedin Fashion Week chairwoman last year after more than 15 years of service to the event.

Cr Whiley said it would be in the "best interests" of Dunedin for him to stand aside should the other candidate stand.

"I think there is a very good candidate who could do a lot for Dunedin."

If elected, they would give Dunedin a more "pro-business" focus and tap into a widespread sentiment that council had not achieved much in recent times and fresh leadership was needed.

He said it was common knowledge among councillors who the candidate was, but he did not want to name them ahead of any announcement.

Mayor Dave Cull could not be reached for comment yesterday.