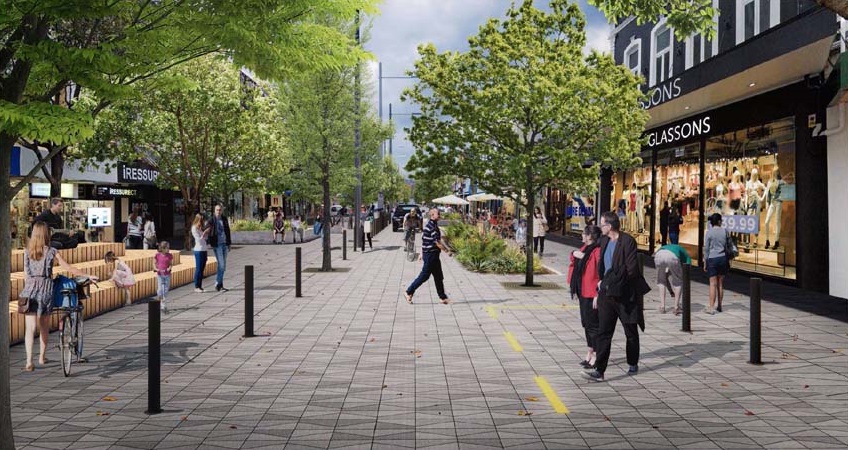 The report includes preliminary designs for the project. Image: DCC
Engagement on removing cars and increasing pedestrians in Dunedin’s main street could be just around the corner. 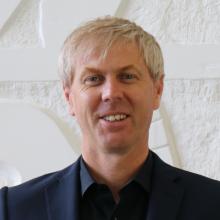 The council is due to "note" the report, with its attached reports including a preliminary design for the project, the central business district’s accessibility, economic resilience, parking, a "George St public life survey" and a 3 Waters preliminary design report enabling works for the underground infrastructure work the council aims to capitalise on to make the changes.

However, the council has created a firestorm over the introduction of its temporary plans — a public health response to physical distancing measures due to Covid-19 — for George St.

These plans are being decried for a lack of public consultation and there are calls from several councillors to revisit the issue.

While the narrative of a "pedestrianisation by stealth" had entered the conversation over George St, Mr Drew said there was no council staff push for a car-free city centre and, further, as a council staff member he had no opinion on what would "make George St great".

"I will build whatever the community wants," he said.

"What I have learned through all of this is that we absolutely need to take retailers and the community along for the journey.

"It’s not ideological, it’s ... well, I have to do what council wants, but I’m reading all of these reports done by independents and that’s where they’re saying the best investment for the long-term of 30 to 80 years should be focused." 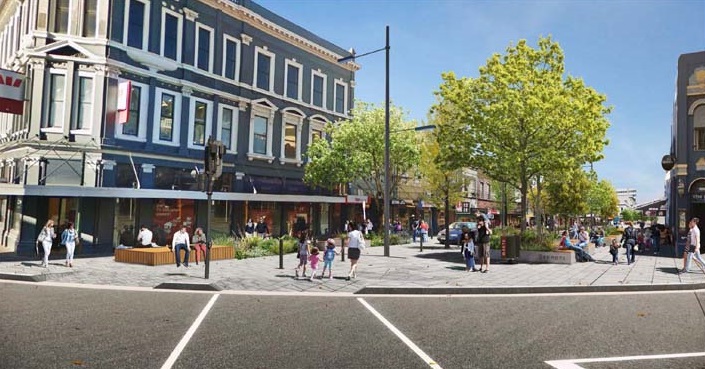 The report includes preliminary designs for the project. Image: DCC
A council spokesman yesterday could not say how much the council spent on the reports, requested last year by its planning and environment committee.

But in the "case for change", the council consultant First Retail notes George St and its surrounds are a "successful retail area" and a "vibrant public realm", but also that the "convenience" of "in-and-out" shopping enabled by car parking in front of shops was restricting "the economic potential" of the area.

"The demographic that want the park right outside the shop, that’s probably the baby-boomer demographic.

"But the younger generation, the ‘millenials’ or something, they want ‘experience’.

"They go to the Octagon where there’s people and people dining outside, not to the Golden Centre block because they can park right outside," Mr Drew said.

Within the 20m roadway at present, 60% was intended for vehicles and 40% for pedestrians.

The consultants had suggested a shift to 25% vehicles and 75% pedestrians and public space.

Brightly painted dots appeared on George St at the weekend to highlight that it is a shared space. Photo: Stephen Jaquiery

If the council wanted to proceed with the concept, there would need to be an engagement plan, Mr Drew said.

And if the public agreed with the plan, the project could be shovel-ready in about a year’s time.

Through the engagement, "the design would evolve over the course of the year for the better", Mr Drew said.

We should be working toward creating a great shopping experince for locals and visitors to the area, enouth room to move, fresh air, no cars, busses or cyclists. Another idea for goerge st would be to have it covered, a few stalls running the length of closed off area for the summer tourist season. Its a better idea than the harbour redevelopment idea the DCC have.

I agree and I really like your idea to have parts covered with stalls. Throw in some fun activities for kids and it really could become a fun shopping experience.

Really love the concept drawings!! Much better than the dots. Let crack on with it and stop being stuck in the dark ages. Support 100%!

Me too, the concept drawing looks wonderful! Exactly the city center that would make spending time and money fun.

What about a tram down the centre? Don’t let this be a missed opportunity Dunedin. It works so well in Christchurch and will also bring shoppers into the pedestrianised areas.

The thing that will bring shoppers into the area is shops that sell what they want and need to buy. The shops we visit most often sell goods we need more of all the time. The CBD has no butcher, no grocer, no fruit and vege store nowadays. Frequently bought necessities are in stores in many parts of town, just not in the CBD, unless you count the limited range at higher prices in night and day stores - if there is still one in George Street. I don't know, don't have any reason to go there and plenty of reasons to avoid it.

What about a daily parade and nightly fireworks? We aren't out of lockdown and DCC wants to proceed as if nothing has happened. The unemployment rate is going to go over the government projections. More layoffs are coming...things are going to get worse. These projects are I'll timed and don't stimulate the economy. Over the short term they have a marginal effect but not enought to make a difference. Who is going to be shopping if there are no jobs? People on the dole aren't coming as tourist to Dunedin. The borders will be closed until 2022 so who's going to be doing all the shopping? Even if every single person in new zealand went on a domestic vacation of 2 weeks that still falls well Short of what we need for a recovery. This is all smoke and mirrors, total BS and won't work! Future focus on tourism isn't the answer. Jobs need to be based on manufacturing and high tech. Funneling this money for these projects is waste that's going to assist in the economic demise of the country. These people have no idea what they are doing!

This will be the kiss of death for retailers who are already struggling to compete with an online market that we have been thrust even faster towards due to covid-19. Popping into town, will become a thing of the past as the effort to do so just won't be worth it.
"..the younger generation, the ‘millenials’ or something, they want ‘experience. They like the dining outside, the vibrancy.They go to the Octagon where there’s people and people dining outside, not to the Golden Centre block because they can park right outside," Mr Drew said.

I notice in the above comment, there is no reference to retail shopping, only about millenials wanting to sit outside and eat. How is that relevant to the retail businesses in the Golden Centre block?

Dunedin is a small town, with what will always be an ageing population. It is ridiculous given our demographics to suggest pedestrians and vehicles cannot co-exist.
Such a drastic change would doom what's left of Dunedin's sluggish retail industry.
Also, I'm always amused by the weather depicted in the "artists impression". Sitting outside eating and walking in the sun. This is Dunedin, clearly the artist doesn't live here.

""They like the dining outside, the vibrancy." It is a bold move to change the commercial centre of a city - all day, all year long - to appeal to people who like to dine outdoors.

This whole concept, has tunnel vision.
What about all the other streets that intersect George St ???
What about Fulleul St and what's left of Great King St ???
George St and the two one-way streets are the only means of getting from the north to the south of the city. The one-way streets (which is actually State Highway 1) have been butchered to provide cycleways and several times a day are overwhelmed by student getting to class.
In effect the council has already created a big obstacle course for traffic between Rattray and Hanover Streets and now they want to add more mayhem.
This current issue of turning George St into a kiddies playground, in the name of safety, simply highlights how devoid of any understanding on how the city functions, the DUNCE is !!!
Drew wants to use the underground infrastructure work, to push the anti car agenda and will even stoop so low as to pitt one demographic against another, to do it. That is a very sucky, lowlife, tactic and we deserve better.
Every week exposes how contemptible this non-council is of the cities ratepayers.

Here's an idea: pull up a deck chair in the middle of the "shared space" street. On a blue painted dot, maybe. Sit for an hour. With a cuppa and a newspaper.

This is just a "boil the frog" step on the Council's path to eliminating cars from Dunedin city centre altogether.

A few months from now, the DCC will begrudgingly admit "shared space" on roadways doesn't work, and will ban cars as a result.

You can call me Nostradamus.

The concept pictures look amazing. Dunedin is overdue for a tidy up and this looks great. I would also like to see some thought put towards bringing the tram back to George Street.

I come from an insular and old fashioned mill town in northern England. We had a pedestrian shopping area called Yorkshire St that thrived. This was in the 1960's! It's about time retail in Dunedin was brought kicking and screaming into the mid 20th century.