The former director of Aurora Energy's $30 million accelerated pole replacement programme says it is doomed to fail and believes the company faces a billion-dollar spend to upgrade its network. 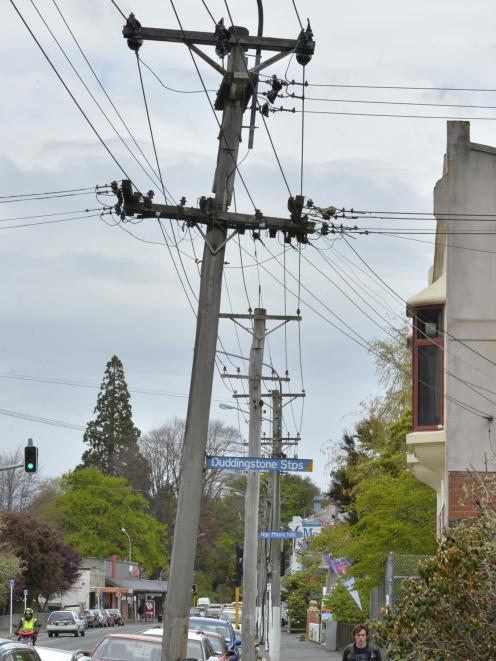 Jarrod Stewart says he quit the role last month in part because he believed the programme to replace thousands of compromised poles would be mishandled so badly someone would be injured.

''I don't enter jobs with the premise that I am going to fail,'' Mr Stewart said.

His claims were yesterday disputed by Aurora and Delta chairman Steve Thompson, who said they were ''exaggerated'' and it was disappointing he had gone public after leaving the company.

It was working hard to address the issues raised in the Deloitte review, which was a process Mr Stewart was involved in, Mr Thompson said.

Mr Stewart, who has more than 20 years' experience as an engineer in the mining industry, went public with his concerns yesterday because he was concerned the Dunedin City Council-owned company was showing signs it would return to its old ways as soon as public pressure began to lift.

He made a series of explosive claims about Aurora and its sister company, Delta, including that Aurora was guilty of misleading the public and it likely faced a billion-dollar bill to bring its dilapidated network up to modern standards.

This bill meant the company probably had a ''negative book value''.

He also said not enough had changed at Delta for its pole replacement plan to be a success.

The culture of ''there is no problem'' still existed among staff responsible for its maintenance programme and he had spoken to managers who believed the issue would go away once the public lost interest.

This meant it was likely the original aims of the programme would be watered down and Delta would reassess poles and say they no longer needed replacing.

Chief executive Grady Cameron micromanaged the company and took too long to make decisions and the company did not have a ''holistic'' view about the network and was too focused on fixing poles as opposed to the multitude of other problems.

There were also signs Delta and Aurora were not taking Deloitte's recommendations seriously.

This included continuing to use a mechanical method of pole testing, despite Deloitte saying Delta needed to take steps to satisfy itself it was a reliable way of testing pole strength.

The company had also been guilty of misleading the public by overstating the number of poles it had replaced in recent years and saying the pole replacement programme was about restoring public ''perception'' rather than actual safety risks, Mr Stewart said.

''How can you tell that to the employees of the business and have any credibility?''

For real change to happen there needed to be a clean-out of management and the appointment of a ''fixer'' chief executive with an appetite for change and a willingness to make unpopular decisions.

Even though it might be a ''hard selling point'', Delta needed to offer higher wages if it wanted to attract quality staff in what was a global market.

The ownership model also needed to change as the council, due to its three-year cycle, inevitably had a short-term focus. Infrastructure companies like Aurora could provide a ''nice steady stream of income'' but should not be used to pay for stadiums.

New systems also needed to be put in place so Aurora gained a better understanding of its network and what work was needed to fix it.

Mr Thompson disputed the claim the pole replacement programme was doomed to fail, saying there would be ''no shortcuts'' and the safety of its staff and customers would be kept paramount.

''As for the wider issue of network replacement - we are committed to the longer-term asset management planning process recommended by Deloitte and that work is advancing.

''In the meantime, the network continues to perform and deliver to customer needs and our performance is comparable to other networks.''

Aurora was going through a process of ''significant operational and structural change'' to address the matters raised.

''There will be significant change over the next year or so and at this stage I cannot say what that will look like.''

Mr Cull yesterday declined to comment, but said by email: ''Mr Stewart presumably gave these views (none of which is particularly new) to the Deloitte team and the conclusions of their review have been accepted by Delta, Dunedin City Holdings Ltd and council.''

If you have 50,000 poles with an average life of 50 years, then you need to be replacing 1000 a year. Most primary school classes could work that out.

The fact that we still have the same half-million-dollar-a-year CEO who couldn't work out even the most fundamental yet important part of his job, gives little confidence that he'll be able to handle fixing his own massive stuff up.

Add to that a feeble mayor, who when numerous poles were falling over and scorching the ground with live power, had to wait for a report to actually see if there was a safety issue.

While we have a lack of competent leadership, overseen by a lack of any leadership, who all along have tried to tell us there is no real problem at all, then there's not much hope for a good outcome.