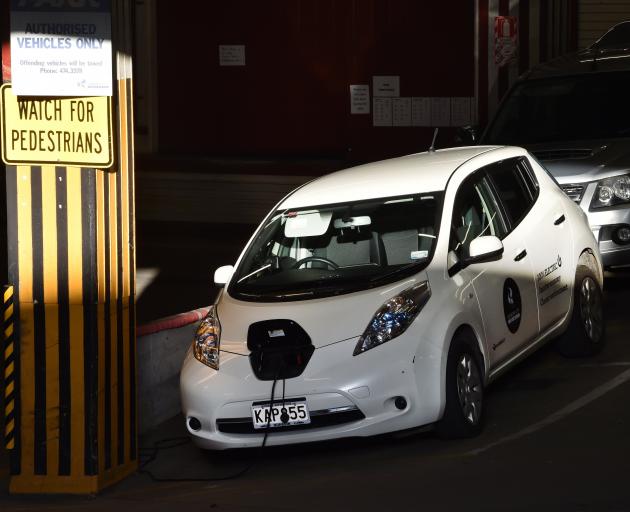 "The [council] plans to purchase another 12, as existing vehicles need replacement, to meet its goal of having a fleet of 20 electric vehicles by 2021," he said.

Some electric vehicle purchases planned for the 2019-20 financial year had been delayed by the Covid-19 lockdown, he said, meaning funding for these purchases were put into the 2020-21 vehicle replacement budget.

He noted at the past 10-year plan hearing in 2018 the council expected to buy "two or three electrical vehicles each year at an approximate cost of $80k to $100k per annum".

There are 123 vehicles in the council’s fleet, eight of them electric.

Spending our money to buy swanky stuff for themselves has never been a difficulty for the DCC!

While so many Dunedin residents are struggling to make ends meet, the Council will be zooming around in flash new cars paid for by us.

What do you suggest then? Come on don't just moan and whinge, what is the solution to whatever your problem is?

Are you suggesting the council doesn't have vehicles, or is it just electric cars you have a problem with?

Swanky? Most of the council vehicles I have seen around town are pretty basic models and some utes.

All electric vehicles are roughly double the purchase cost of similarly sized petrol vehicles. Hybrids are 50% to 100% dearer than petrol. Add to that the massive cost after 10 years to replace the battery "pack " and you have a singularly unaffordable mode of transport. And you have to love the way most electric car users ignore the cost to recharge them both in $ and environmental impacts.
So either council will make do with a smaller fleet, or ratepayers are once again paying for green follies. You may want to appear green - but do it with your own money.
Or we just all be like the mayor: never pay your own way and expect to use other people's vehicles and money.