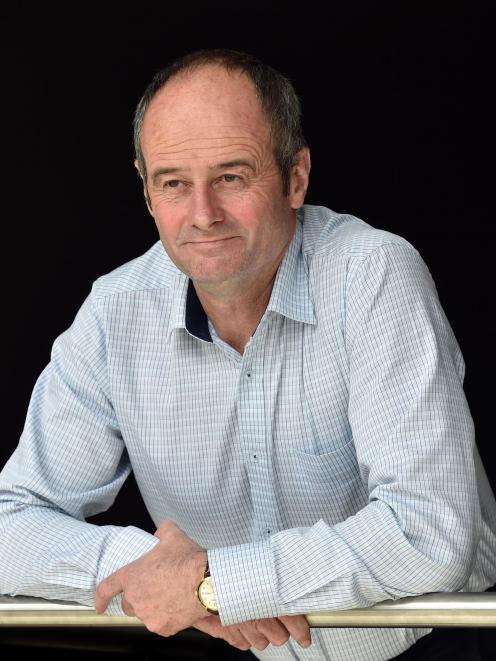 Jim O'Malley. PHOTO: PETER MCINTOSH
Dunedin city councillor Jim O'Malley says he is likely to walk away at the end of the next term, after missing out on the mayoralty and facing a difficult three years ahead.

Cr O'Malley came a disappointing fifth in the race for Dunedin's mayoralty, with 5915 votes, after again running a zero-spend campaign during a sometimes-heated election contest.

Yesterday, he told the Otago Daily Times he was "not that despondent'' at the result, but now accepted his campaign had its faults.

"It has basically proven my point, that obviously you probably do actually have to put up billboards.

"It's a bit of an indictment. It basically tells you the voters either can't remember who you are or don't care, without seeing a picture of you.''

However, Cr O'Malley - now entering his second term as a city councillor - said that realisation "doesn't really affect me'', because it was likely to be his last campaign.

He did not think he would run for mayor again, and was "thinking this will probably be my last time on council''.

Instead, he would give the coming term his best shot and was then likely to shift his focus back to his bio-tech interests.

"It's cost me a lot financially to put this amount of time into the council, so it's time to put my efforts back into that again. I think I could have done a lot for the city if I had been the mayor, and I would have committed myself to six years if that had been the case.

"If the voters decided the way they decided, then I think it's a frustrated effort to go back for a third time.''

His campaign had been forced to weather a series of challenges, initially as the Ocho chocolate company - which Cr O'Malley headed as chairman - struggled financially, and later when he found himself at loggerheads with Mr Hawkins on the campaign trail.

That prompted Cr O'Malley to declare during the campaign he would be unable to get anything done under Mr Hawkins' leadership. Yesterday, Cr O'Malley said those barbs were best left on the campaign trail.

"Now the election's over it's time to put those arguments down, and to actually see what the new mayor is going to do.''

That would become clearer today, when Cr O'Malley met Mr Hawkins to discuss potential roles, but he would remain committed to his council duties this term, regardless of the outcome.

"There's no doubt about that. I'll give it my best for this term, because I've got an obligation and responsibility for those who voted for me. It will depend on the environment as to how much affect I can have.''

Remember hawkins has got his overlords the green party behind him, they pull his strings. Nothing will get done without their say so despite there being other counselor's around the table.

He should hang up his boots now, his heart isn't in it and he'll just be sitting next to Vandervis being his lap dog.

Kezza you are being unnecessary mean for someone who despised Cr Vandervis for the alleged rudeness and toxicity. C'mon show us an example how a decent human should behave.
Jim was very open during election campaign that he doesn't want to see Hawkins in role of mayor because (according to him) Cr Hawkins either ruined or stolen his initiatives. No wonder he's so disappointed.

Cr O'Malley has always voted independently, according to his own best judgement, as all Councillors have an obligation to do. I attend meetings. Haven't seen Kezza there. Or is it hard to tell if this is a pseudonym?

He was on team Vandervis through the election. That hurt him and now he is saying his heart isnt in it. Time to hang up his boots and put some in that will.

I for one hope Mr O'Malley hangs in with the new council. This council, even more than the last, is going to need some business oriented focus to balance the place.

There was no ‘Team Vandervis ’ during the election. Vandervis stood as an independent. Kezza seems to just be making stuff up