Frustration over delay in pool decision

Dunedin city councillor Mike Lord is questioning the length of time it is taking the council to make up its mind on Mosgiel's proposed multimillion-dollar aquatic centre. 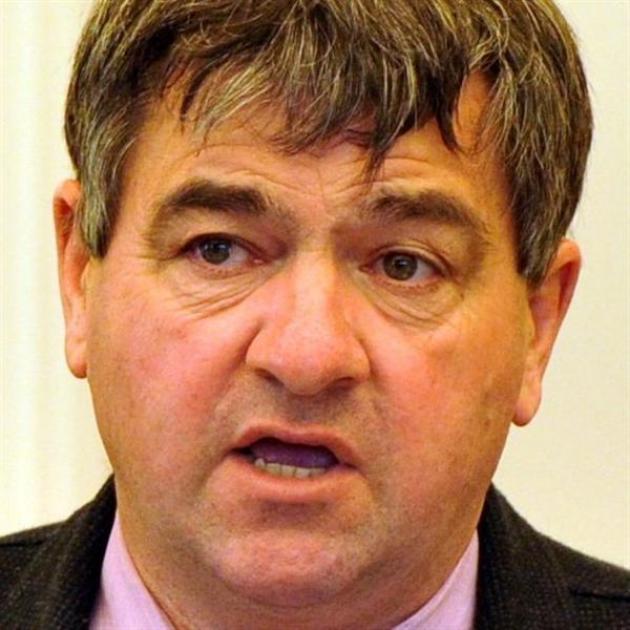 Cr Lord made the comments after councillors, council staff and members of the Taieri Community Facilities Trust looked at aquatic facilities from Dunedin to Christchurch in order to find examples that could be replicated in Mosgiel.

Last November, councillors voted unanimously to defer a decision on the pool's future after council staff disagreed with the trust's estimate it would cost $14.4 million for a four-pool complex and recommended a two-pool design instead.

Cr Lord, who is a Mosgiel Taieri ward councillor, said visiting the pools had been beneficial, but admitted to being frustrated at the length of time it was taking the council to make a decision on whether a pool should be funded.

‘‘The council never seems to do things quickly [and] it does seem to me that some of the work of the last year has almost just rehashed what the trust has already done.

‘‘I don't know that they have gained a lot by doing some of it. Sometimes, you have just got to do it, I believe,'' Cr Lord said.

However, he accepted that not everyone on the council was as convinced of the merits of the proposal as he was.

The Ashburton and Selwyn pools were good examples of the type of facility Mosgiel people would like to see, he said.

Both were four-pool complexes, but Cr Lord believed people in Mosgiel would be willing to compromise on size if necessary.

‘‘I don't think the Mosgiel people have ever asked for a grandiose facility.''

Council parks, recreation and aquatics group manager Richard Saunders understood some Mosgiel residents would be frustrated at a lack of progress but highlighted the importance of getting it right.

‘‘For a decision of this significance and the projected cost of the facility, it is important that the right decision is made.

‘‘It is important to follow a robust process, and that is what we are doing, just to ensure that we do understand the cost involved for developing a different level of facility,'' Mr Saunders said.

Once those details were understood, councillors would be able to make an informed decision.

There had been no concrete progress since the council meeting last November and it was still a matter of working with the trust to refine what type of facility could be delivered and how much it would cost, Mr Saunders said.

It was ‘‘very beneficial'' being able to see the different types of aquatic facilities constructed in recent years and have discussions with the staff who operated them.

Cr Jinty MacTavish was also pleased with the trip, which highlighted the importance of thinking about aquatic services in the context of a city-wide network.

"Otherwise, you just end up with inefficiencies and costs that can otherwise be avoided,'' she said.

Given the size of investment being proposed and the council's financial situation, she did not believe it was taking too long to make a decision.

‘‘There has to be a process to either identify cheaper ways of delivering a pool, or to identify a compromise in the level of service the trust has indicated it desires.''

The trust still believed having four pools was important, but it was unclear whether council staff and councillors would come to the same conclusion.

Ms Mosely would meet council staff this week to discuss the trip and a public meeting was being planned to update progress, possibly for next month.

She would ‘‘love for things'' to be moving faster on the project, but understood the importance of being patient when it came to council processes.