By Grant Miller
2 Comments
Any development of a cycle trail to replace the Taieri Gorge railway line will not happen before mid-2024.

Dunedin city councillors have decided to keep faith with Dunedin Railways in the meantime, including keeping the gorge line open for train services to Hindon.

Maintaining a train operation will cost council company Dunedin City Holdings Ltd up to $2.4 million a year, offset by ticketing revenue expected to be about $250,000.

Dunedin resident Clive Copeman had called on councillors to ‘‘tear up the tracks’’ in the Taieri Gorge and consider backing a trail for cyclists, walkers and horse riders.

The rail link through the gorge was ‘‘a waste of a terrific community asset’’.

‘‘Communities all over the country are getting great economic benefits from multi-use trails,’’ he said.

‘‘If we used our 60km in the Taieri Gorge as a walking, cycling and horse trail, I think we’d get more benefits economically and in community wellbeing.’’ 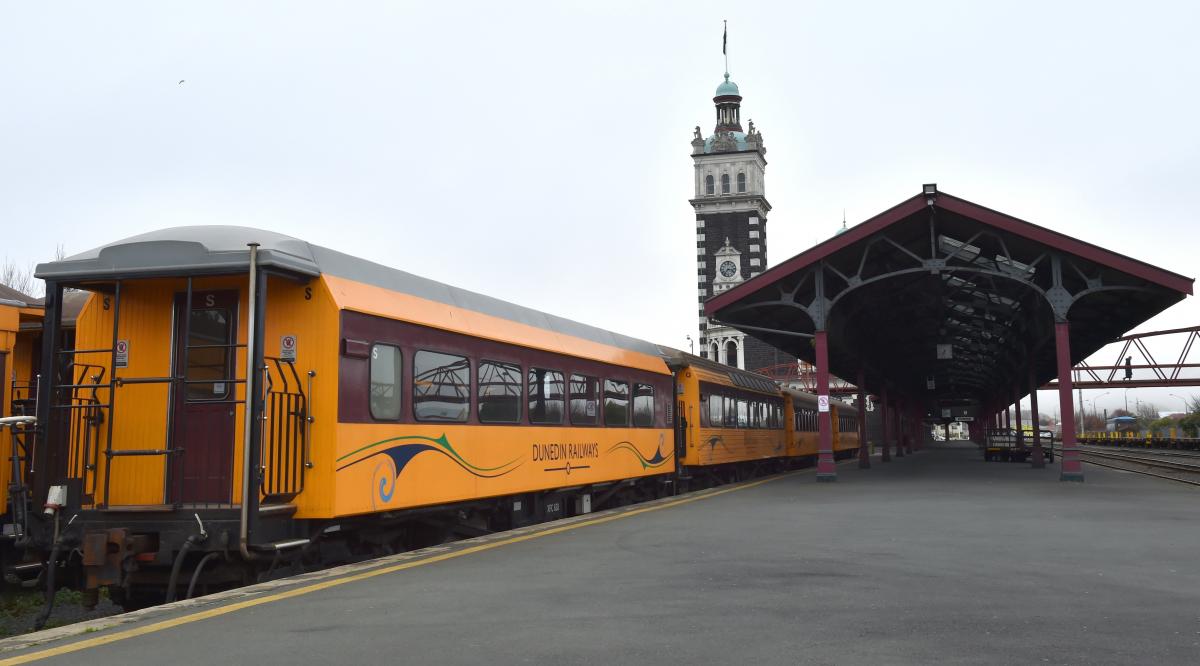 The council-owned Dunedin Railways intends to continue with both a service using the Taieri Gorge line and KiwiRail’s coastal tracks north of Dunedin. Photo: ODT files

However, councillors were told at a meeting today there had been lack of progress in exploring the potential of the route for a cycle trail.

The possibility of extending the popular Central Otago cycling trail beyond Middlemarch to Wingatui was pitched in April, when the Otago Central Rail Trail Trust signalled funding for a feasibility study would be pursued.

Such a study had not been completed, councillors were informed in the past week.

Trust chairwoman Kate Wilson has argued previously a cycle trail might not make the railway redundant.

There could be room for trains or cyclists, or both, she said.

Another idea was put in front of councillors this morning - that the Otago Excursion Train Trust could run the Dunedin Railways operation as a trial for two years.

Councillors chose to keep the operation with Dunedin City Holdings Ltd (DCHL) - at least for now.

‘‘Heritage is what sells this city,’’ Cr Chris Staynes said.

Cr Lee Vandervis, the only elected representative present to vote against council staff recommendations, said the council should ‘‘bite the bullet and realise there is no saving Dunedin rail’’.

Cr Vandervis said the operation had effectively been losing $1.5 million a year - even in good years - because of deferred maintenance on the Taieri Gorge line.

A reduction in passenger numbers from almost 80,000 in the 2019 financial year to less than 6000 last summer could only be read as a market collapse.

‘‘We have a liability of extraordinary proportions.’’

However, Cr Carmen Houlahan said the council should not be defeatist and ‘‘give in to Covid’’.

Cr Andrew Whiley said any development of a cycle trail would take years to implement, so that agenda had not necessarily been set back.

The council-owned Dunedin Railways intends to continue with both a service using the Taieri Gorge line and KiwiRail’s coastal tracks north of Dunedin.

However, it emerged at the council meeting it was unclear how a service might operate this summer, as there remained lack of clarity about the implications of the Government’s Covid-19 pandemic policies.

DCHL is also facing a one-off cost of about $400,000 for an alternative storage space while Dunedin Railways’ workshop in Cumberland St is needed by KiwiRail during redevelopment of the Hillside workshops.

Cr Sophie Barker said the operation was in safe hands with DCHL and the council’s decision-making had kept options open.

I have never seen such drivel as that espoused by Clive Copeman. He obviously has no idea of the pulling power of a historical steam railway. We have more than enough walking and cycling tracks, we will never get another railway like this one. Other countries see the value and work hard to keep them but here there is a great danger of losing our heritage for a few cyclists and to save a few dollars.
Well done the DCC though, at least for the time being. Now let's get a permanent solution.