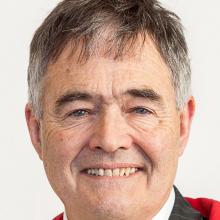 The Alcohol Regulatory and Licensing Authority (Arla) ruled that parts of the council’s local alcohol policy (LAP) were "unreasonable", including the proposal to cut off-licence hours from 7am-11pm to 9am-9pm.

Arla also ruled that a proposed moratorium on most types of bottle stores in North Dunedin, which the council hoped would help curb problem drinking in the area, was unreasonable.

The decision comes after parts of the council’s proposed alcohol policy were appealed by a number of organisations, including New Zealand’s two main supermarket operators, Foodstuffs and Progressive Enterprises.

Dunedin Mayor Dave Cull yesterday said he was disappointed with the decision and the council would consider appealing.

The decision sent a clear message alcohol legislation the Government had brought in could not work, Mr Cull said.

"We have now joined a growing list of councils who have been knocked back for providing solutions to their own circumstances.

"I will be meeting with my colleagues around the country to discuss how we can provide our own solutions to the sale and supply of alcohol and reduce alcohol-related harm in our communities.

"In the meantime, the DCC will be considering its options, including a possible appeal to the High Court," Mr Cull said.

In its written decision, the authority said the council provided "no evidence" that sales between 7am and 9am were associated with alcohol-related harm.

It also noted that council liquor licensing co-ordinator Kevin Mechen acknowledged during the appeal hearing the council was under the mistaken impression the maximum hours of sale in the LAP were a guideline and exceptions could be granted.

"This misunderstanding is evidence on unreasonableness as the [restrictions] cannot be said to reflect the policy sought to be implemented."

A proposed moratorium on liquor outlets in North Dunedin was unreasonable because it excluded some outlets including premium wine stores and breweries selling their own product.

"The moratorium creates a partial and unequal system as it singles out off-licences, but only some at that,’’ the authority said.Arla also sided with appellants in declining the council’s proposals for:

● A requirement that an application for a licence  be accompanied by a certificate from the respondent’s planning department.

● A mandatory requirement that all applications for the issue or renewal of off-licences be accompanied by an alcohol management plan. The parts of the LAP which Arla ruled unreasonable have been referred back to the council for reconsideration.

The authority turned down an appeal from police and Dunedin Hospitality Group against the creation of a special licence for "entertainment premises", allowing them to operate between 5pm and 4am.

The decision said neither presented "any evidence" to support their concerns.

Police’s failure to present evidence was "notable and somewhat surprising", given they had submitted they would have to "stare down the barrel of another year of dealing with alcohol-fuelled assaults and disorder [that] we know could have been mitigated by this policy".

Ha ha ha hilarious Dave,all we need now is somebody to shut down the idiotic cycleways and sack the Mayor then things will start to come right in this city.

Well done to New Zealand’s major supermarket chains who successfully fought Dunedin City Council efforts to restrict alcohol sales in the city- Awesome. More companies and people need to stand up to this Council and challenge them, it will start to wake them up and keep them honest. Its not about restricting the hours of sale, its education of people drinking. There are already rules/laws in place for companies not to sell to drunks or people who they suspect are supplying Drunk people. Deal with it DCC and don't waste rate payers money on an appeal.

reading this makes me thirsty

This ARLA decision simply highlights the stupidity of the idea of moving liquor laws from a central to local bodies. There should be simple clear nationwide laws which can implemented in all areas. New Zealand is NOT a huge place, there should not be different sets of laws every 50km because we cross a town boundary.

Just imagine of the same approach were taken to road laws? It would be unworkable, just as these liquor laws are.

Some DCC & Police staff seemingly pursue personal vendettas and high handed crusades which simply cost business people thousands of dollars and in some cases their livelihoods. Mr Cull would be well advised to not waste thousands more of ratepayer money appealing this, just to push his personal barrow.

Agree 100% where do we get these people like Cull from? I've noticed the newly elected councillors have not done much since being elected.

You are right about standardised laws.

As shown in the comments by locals, anything the DCC does is reflexively opposed. The issue is about sinking less p**s, and Dunedin needs less of it about. Education? A bright spark from Auckland beating up a female constable, families wanting to set up home drinking post School Socials, the Octagon as Bierfest, regardless of the non drinking public.
I may be a wowser (person always telling people off), but I am not teetotal.

Dave Cull is a waste of rate payers money. Cyclists don't pay any fees to use roads but have more rights than motorists. While thousands of dollars are wasted on ridiculous cycleways, three dangerous intersections in Green Island remain unaddressed. Is it possible for rate payers to sack the Mayor and appoint a business orientated person who has the interests of the City uppermost in their agenda - perhaps a Donald Trump clone?

KeithMcC has it right. NZ is not Is not a big Country and nationwide laws should apply. It's not illegal to purchase liquor, so what's the problem? I'm still seething at Mr Cull's backstabbing Wests (NZ) Ltd. He was very nice to them face to face but was instrumental in revoking their liquor licence.

I hope Philip beckgreymouth reads this, I loved your comment so am off to have a wine whilst cooking the evening meal.