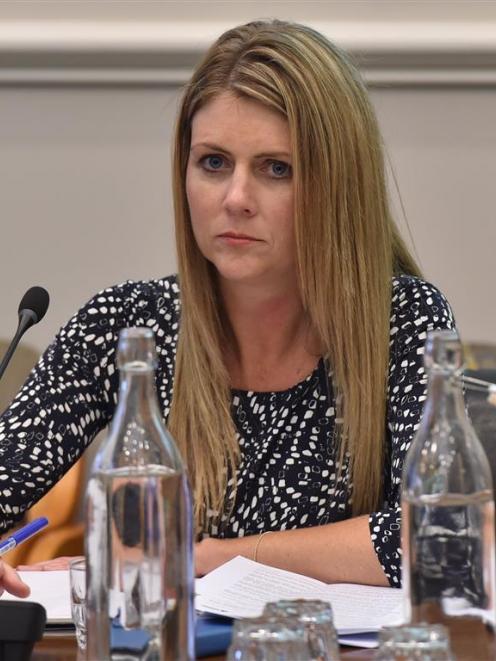 Council infrastructure and networks general manager Ruth Stokes started the meeting by apologising on behalf of the executive, saying staff and not councillors or the mayor, were responsible for the failings identified in the report.

The focus of the meeting was on what the council might need to do to ensure South Dunedin's infrastructure could better withstand severe rain events - work which could come with a cost in the tens of millions of dollars.

To that end, councillors unanimously passed a resolution asking that council staff update councillors on possible measures to ensure stormwater management in South Dunedin was capable of mitigating or preventing flooding caused by severe rain events.

Contractor Fulton Hogan's management of the city's mud-tanks and, in particular, the oversight of the mud-tanks contract by council staff also came in for criticism.

This included the revelation council staff failed to properly follow up a letter from Fulton Hogan in February, four months before the flood, in which the company said it was concerned it could not meet the specifications in its council contract.

In response to questioning from Cr Andrew Whiley, Ms Stokes said council staff responded to the letter by saying staff intended to work through issues raised in the following month.

‘‘However, from the information I have to hand at the moment, it does not appear that was followed up on,'' she said.

The clearest indication yet was also given that staff were being disciplined as a result of the failures, with chief executive Sue Bidrose saying ‘‘appropriate employment processes are being followed where needed''.

Ms Stokes earlier began the meeting by apologising on behalf of staff, for what she called a ‘‘management failure''.

‘‘I would just like to acknowledge that there have been many questions asked over a number of years, from particularly Crs Vandervis, Benson-Pope and the mayor, about the maintenance of the mud-tank infrastructure in the city.''

‘‘And for that I would like to, on behalf of the executive, apologise.''

‘‘That is a management failure, that is not a governance failure and we have and we are taking steps to rectify that,'' Ms Stokes said.

Cr Benson-Pope thanked Ms Stokes for the apology, saying the comments in the report ‘‘made it impossible to reconcile the statements that have been made to us previously''.

Dunedin Mayor Dave Cull highlighted the report's finding there would have been flooding even if the mud-tanks were properly maintained and what this meant for future investment.

Given the council had been warned six years ago by Prof Blair Fitzharris extreme weather events would become more frequent, the council needed to know what investment might be required in South Dunedin's infrastructure to make it able to better withstand heavy rain, Mr Cull said.

Cr Lee Vandervis said it was important the council investigated how much the flood had cost the people of Dunedin, so it could balance whatever investment it had to make against the ‘‘real costs'' to people.

‘‘When we have an appreciation of those sorts of millions then we can more confidently in the future vote [for millions in spending] as an investment in South Dunedin, knowing that it's going to improve the value of the properties.''

He believed knowing the costs would help blunt councillors enthusiasm for ‘‘pet projects'' and result in more spending on ‘‘basic infrastructure''.

Council water and waste group manager Laura McElhone said, apart from South Dunedin, Mosgiel was also an area which had a waste-water system which provided a ‘‘low-level of service''.

The three waters strategy signed off by council in 2010 was premised on investing and renewing infrastructure to maintain ‘‘existing levels of service'' - which meant a low-level of service in some areas.

Significantly improving infrastructure - for example to a level which would withstand a one-in-10-year event - was not budgeted for and would require a ‘‘fundamental change in strategy''.

In response to questioning from Cr Richard Thomson, she said most of the renewals for South Dunedin's storm water network were scheduled for the 2060s.

She said upgrading it to withstand a one-in-10-year event - from the current one-in-three-year level - would effectively involve ‘‘starting from scratch'', and the cost was likely to be in the tens of millions of dollars.

Cr Jinty MacTavish highlighted the importance of communicating with the people of South Dunedin, saying the council should be holding meetings and sending out leaflets to keep people from the area informed about its response to the issues raised by the flood.