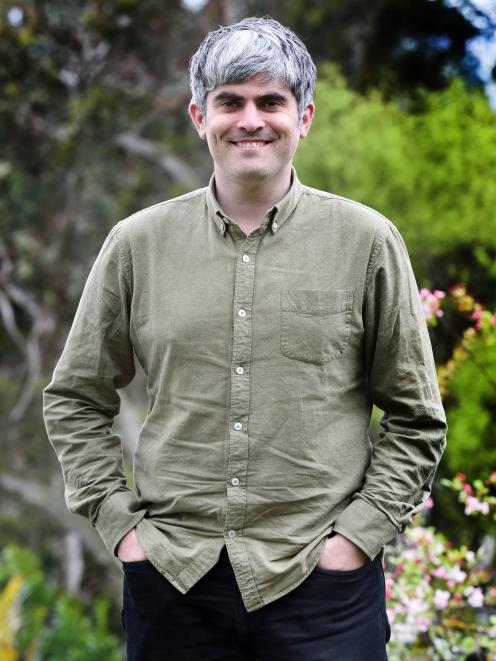 Aaron Hawkins
The public backs a more "ambitious" push to make Dunedin pedestrian-friendly but the hurdle of poor public transport needs to be tackled as well, Mayor-elect Aaron Hawkins says.

Mr Hawkins was commenting yesterday as he prepared to be sworn in as the city's 58th mayor at the inaugural meeting of the new Dunedin City Council today.

His comments followed a bruising election campaign in which competing views of the future of Dunedin's CBD collided, and Auckland Transport this week confirming plans to lower speed limits on scores of streets from next year.

NZ Transport Agency figures ranked the city as the lowest-performing metropolitan centre for deaths and serious injuries at intersections in New Zealand.

The council had already responded in recent years by reducing the speed limit along George St to 30kmh, and introducing Barnes dance crossings, to lower speeds and improve safety.

It was also planning a $60 million redevelopment of the central city, covering George St, Princes St and lower Stuart St, that would shift the balance more in favour of pedestrians.

Mr Hawkins told the ODT the plans were "a direct response" to concerns the balance between motorists and pedestrians was not right in the central city.

It also represented a move away from the old approach, "which was effectively to wait until people die, or are seriously injured, and then fix the problem".

"What we're trying to do is to get ahead of that and be more proactive in terms of safety for all road users," he said.

Mr Hawkins said the election campaign showed there was support for such changes, but also a public appetite to go further.

As a result, the George St upgrade would be designed with that in mind, allowing the balance to shift further towards pedestrianisation over time, he said.

"Building that flexibility into the design is going to be really important, because there is certainly a push in the community telling us we're not being ambitious enough."

Mr Hawkins said his own thinking on pedestrianisation was also shifting towards a more flexible use of space - for example, closing parts of George St at different times or days of the week, or for special events.

"I think it's probably a far more sensible way to start thinking about how we allocate space in the CBD in particular."

But wider changes - such as a move to fully pedestrianise George St, the Octagon or other parts of the CBD - also needed an improved public transport system and other challenges to be tackled first, he believed.

"Our fundamental challenge in transport is that too many people have to rely on driving their car places.

"Until we make it easier for people to not have to do that, it does make it difficult to have a conversation about what the ideal use of that space might be."

In the meantime, some change was coming.

The focus was on Great King St, which was still a 50kmh zone despite the arrival of the bus hub, but also other parts of the central city and high-risk roads further afield, he said.

I still feel unsafe at pedestrian crossings down Andy Bay, to many red light runners. Still walking is quicker to get to work, the busses do not stop close enough to work and are at the wrong times of I need to get in at least by 8:10am or Home by 6:30pm.

Public transport does not work for a hilly and strung out city of our size. Show me anywhere in the world where it does? Just another reason to increase our rates and have even more empty buses.

Why show you a city where its been done? Small, frequent, electric buses can lead the way in the world. Cars kill a city -hilly or otherwise.

"The public backs a more "ambitious" push to make Dunedin pedestrian-friendly".
Errr no it doesn't, the public want more car parks and no bridge to nowhere.