Gareth Morgan speaks to a packed audience at the Otago Museum's Hutton Theatre. Photo: Linda Robertson
The Opportunities Party (Top) could stand a chance in the general election if the size of its audience at an event in Dunedin last night is anything to go by.

The party took the chance to announce it would ban subsidies on fossil fuels, increase the price of carbon and overhaul energy efficiency efforts under its climate change policy.

Mr Simmons received warm applause when he went over the policy.

Mr Morgan also shared some of the party's other policies, which included tax reform and limiting immigration.

He also said the party would start along the road towards an unconditional basic income (UBI) for all New Zealanders - a ''radical'' policy he said would be announced next week in Christchurch.

''We will start with a UBI for parents of the very young, under 5s, and with the elderly.''

In an announcement before yesterday's meeting, the party argued New Zealand needed a plan to get to zero-carbon economy by the middle of the century, at a time when the country still emits around 7.5tonnes of carbon dioxide per person - much higher than the world average of 4.9tonnes.

''TOP's plan is to have a proper price on carbon, one that reflects the challenge of meeting our 2030 and 2050 targets.''

Mr Simmons said the party chose Dunedin to launch the policy as many of the 9000 houses at risk from sea level rise within our lifetime were located in the city.

''This is a red zone waiting to happen, and we can't just leave vulnerable people to face this alone.

''The response requires some long-term thinking from the community, local authorities and central government.'

Its policy would cancel a surplus of carbon credits the Government intended to use towards future climate commitments, then develop a plan to reduce emissions over time, using an approach similar to the UK's Climate Change Act.

The Emissions Trading Scheme (ETS) would be overhauled by setting a carbon budget, removing the current upper limit on the carbon price and keeping the scheme closed to international credits. 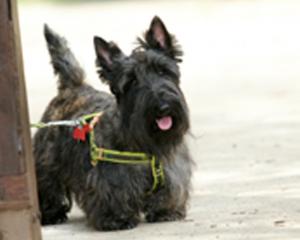 Get the coal out of the ground .for the production of power. for heating. etc. it is there and in very large amounts. it should be used. The PC climate dream is over.