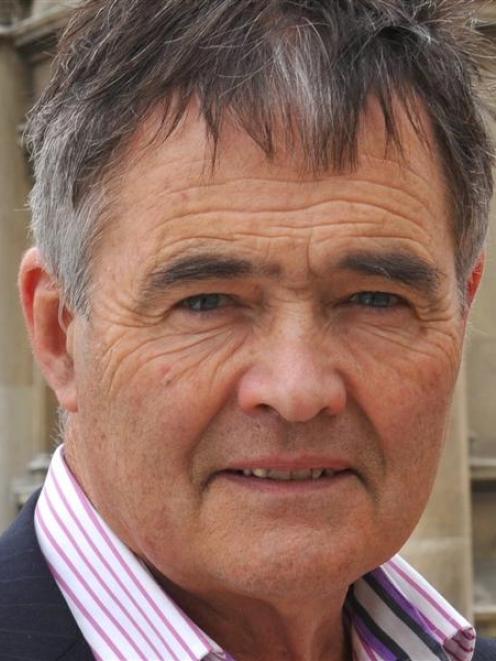 Dave Cull
The days of some types of insurance cover could be numbered, after two major companies lifted premiums in Dunedin and other centres because of the heightened risk of natural disasters.

AMI and State Insurance - both under the umbrella of parent company IAG - have announced they would increase prices in higher-risk areas, including Dunedin, to better reflect the risks from floods, earthquakes and other natural disasters.

Customers in higher-risk areas could expect an average increase of $91 a year, reflecting a better understanding of the risks, IAG said.

The areas deemed to be higher risk included Dunedin, which - despite being in a low-risk seismic zone - had faced high-profile flood events in recent years, an IAG spokeswoman said.

That included a 2015 flood which inundated parts of South Dunedin and other areas, and last year's July deluge, which is estimated to have cost the city and surrounding areas, insurers and taxpayers nearly $55million.

However, areas not deemed to be higher risk, including Southland, North Otago and Central Otago, would have average premiums drop by $54.

That was despite Central Otago being closer to the South Island's Alpine Fault, considered one of New Zealand's biggest natural disaster threats.

Dunedin Mayor Dave Cull said the increases were ''perfectly predictable'' but probably only the start.

''There will be places around the country that eventually they [insurers] say 'we will not cover you'.

''It might not be for flooding. It might be for coastal erosion, or a number of other things, but I would be surprised if in 10-15 years they're not withdrawing cover altogether,'' Mr Cull said.

He pointed to the recent example of Dunedin city councillor David Benson-Pope, who was forced to sell his Wellington apartment after premiums skyrocketed.

The apartment was one of 10 in a 1903 heritage building, which was not deemed earthquake-prone, but the existing insurer repeatedly hiked earthquake premiums while other companies refused to offer cover at all.

''If they perceived the risk in a certain area got beyond what they could cope with, it would be consistent for them to withdraw cover,'' Mr Cull said yesterday.

Cr Benson-Pope said yesterday any risk assessment needed to consider the actual performance of a property, not just its age.

Likewise, any risk assessment in Dunedin needed to consider a property's location within the city, and the risks present in each, rather than just taking a blanket approach.

Cr Benson-Pope feared insurers were concentrating more costs in areas where some people might not have the capacity to move, rather than spreading costs.

''It's an example of the market working to its own advantage, really, not to the advantage of the people who are its customers.''

An IAG spokeswoman said a ''blanket increase'' would not be applied anywhere, but the city had ''well documented'' examples of high-risk natural hazard areas, including ''flood-prone parts of South Dunedin''.

''In the past, the price people pay for home insurance hasn't fully reflected these differences in risk,'' Mr Hughes said.

"We support insurers' moves to signal to customers the risks New Zea land faces, particularly in regard to earthquakes and flood,'' he said.

thanks dcc for your incompetence at enforcing maintainence contracts that caused ‘the flood’ and is now costing us even more in directly related premium rises.
Feel free to deduct my insurance increases off my rates that you also increased

Agree Pantellica, The DCC past and current Mayor and council, you have sat on your hands and done jack, Cull is blaming the environment and nothing to do with the lack of maintenance throughout the town. All smoke and mirrors, shame on past and current Councillors and Mayors. You can't even be bothered to address this and have an action plan in place from here on in. What would your grandparents and parents think of you rouges - shame on you lot. Dunedin has paid 3 or 4 times over and still continues to pay. All Cull has his sights set on is his Knight hood. Time for Dunedin to protest and be heard and seen on TV, Cull would not like that because it shames him and his councillors to all of NZ.