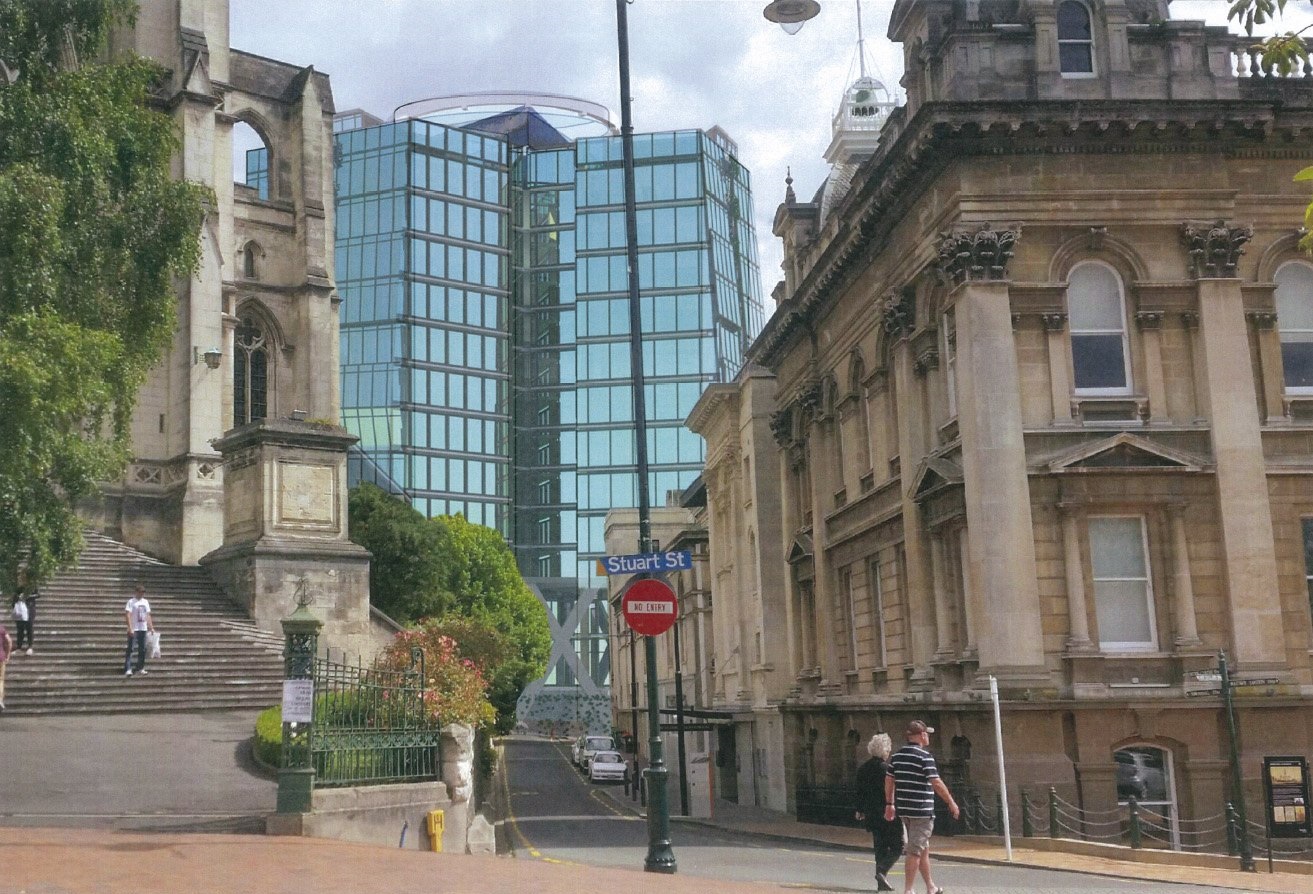 The deadline for receiving submissions on the proposed $75 million Moray Pl hotel was yesterday.

Just before the deadline, the council had received 245 submissions.

Council resource consents manager Alan Worthington said of the 195 submissions it had processed, 147 were opposed, 33 were for and four neutral.

The strong opposition from submitters contrasted with a survey of Otago Chamber of Commerce members showing 320 supported the development versus 44 who were opposed.

The survey formed part of the chamber's submission in favour of the hotel.

Submitters to the council against the hotel were worried about its height and a loss of parking.

But the most common concern was the proposed design was out of place with the surrounding heritage buildings, with one submitter calling it a ''total blot'' on the landscape.

Supporters argued it would deliver a boost to the city's tourist industry, economy and that it was declined it would send the wrong message to people interested in investing in Dunedin.

The submissions process will be followed by a public hearing before independent commissioners, expected to be later this year.

If approved, the 17-storey glass tower would be built on the council's car park, at the corner of Moray Pl and Filleul St, opposite the Dunedin Town Hall.

I am not surprised by the overwhelming Nay Sayers. The design is so flagrantly out of step with it's surroundings. Maybe it would be better to do some serious navel staring and build on the architectural strengths of our city. This sort of glassy soulless buildings are better suited to a skyscraper riddled city like New York where a mediocre design does not attract so much attention. Don't even try to become a New York... Find and enhance Dunedin's own unique identity and design accordingly...

As an Aucklander who witnessed the destruction of our heritage buildings during the 80's and 90's in the central city, I can sympathize with those who oppose this development on aesthetic grounds.
I've never understood why the modern developer insists on building something completely at odds with the local architecture. It's not like they can't build something comparable to the surrounding area.
The Chinese have built an exact replica of a British Tudor town and Las Vegas has a replica of Venice with it's canals. East Jerusalem in Israel has been built to look like the old city, but look behind the facade and it's all modern concrete.
Dunedin could be the city that stops this glass-front architecture becoming inevitable. Why not lobby your council to keep the character of your city intact for all time? I'm not advocating halting progress in design. Just keeping that old world charm with room for creativity within it. This could be a unique selling point in your tourism industry.

Oh do come and help us Gilbert O'Sughrue. Your letter should be one to to the editor of the ODT so everybody sees it in print (everybody believes what they read in the newspaper). So many of my friends chose to live here (from various parts of the world) because of its charm yet we find we have a battle from local contractors and tradies who don't realise they will still have work in a well designed building that we all support. BTW the email for that letter is editor@odt.co.nz :)