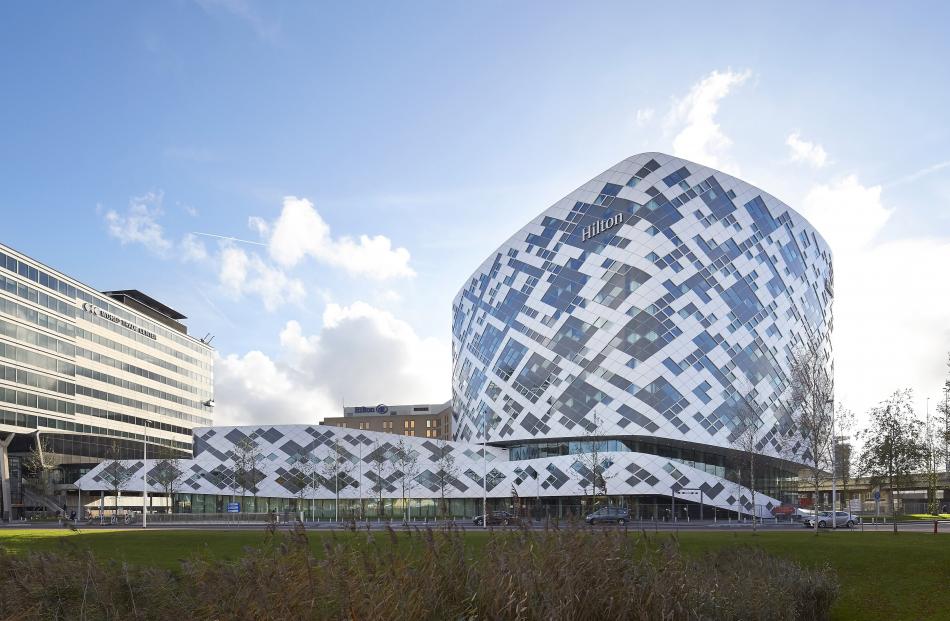 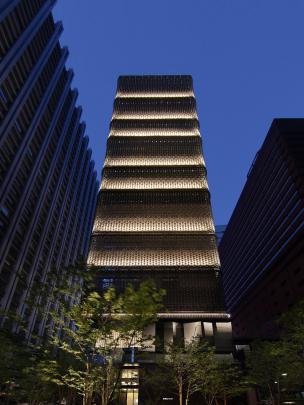 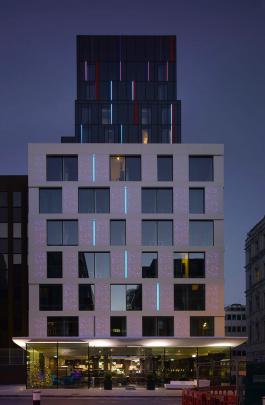 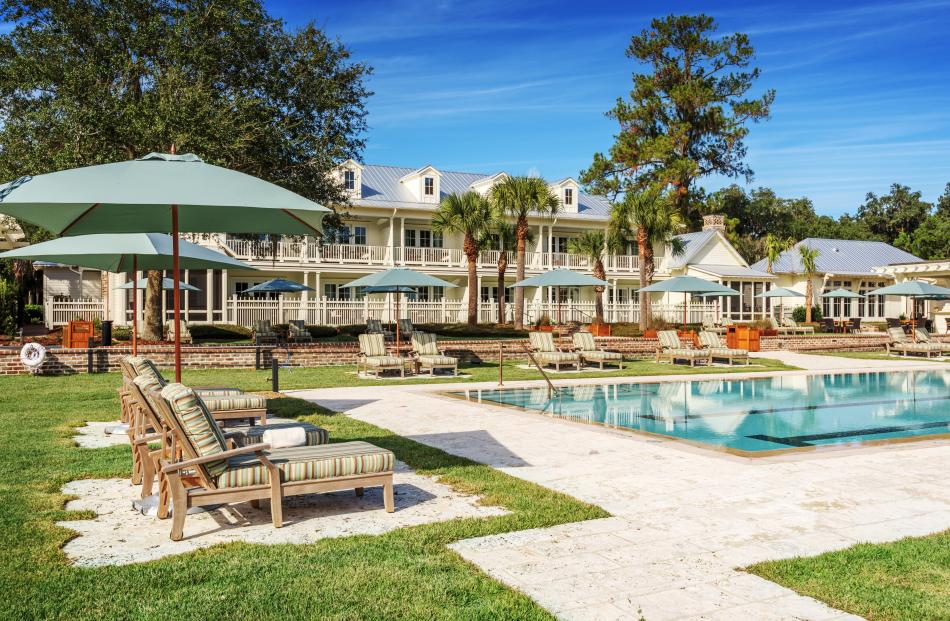 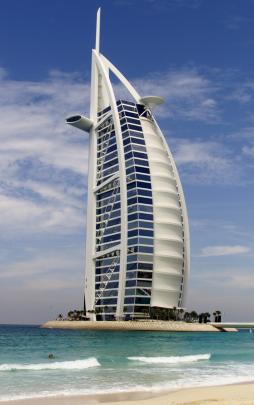 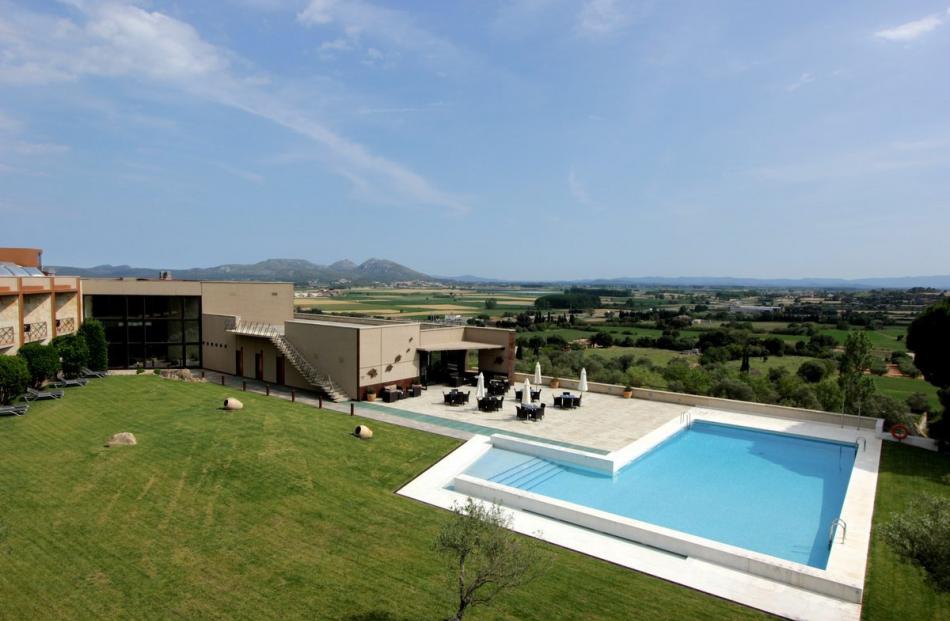 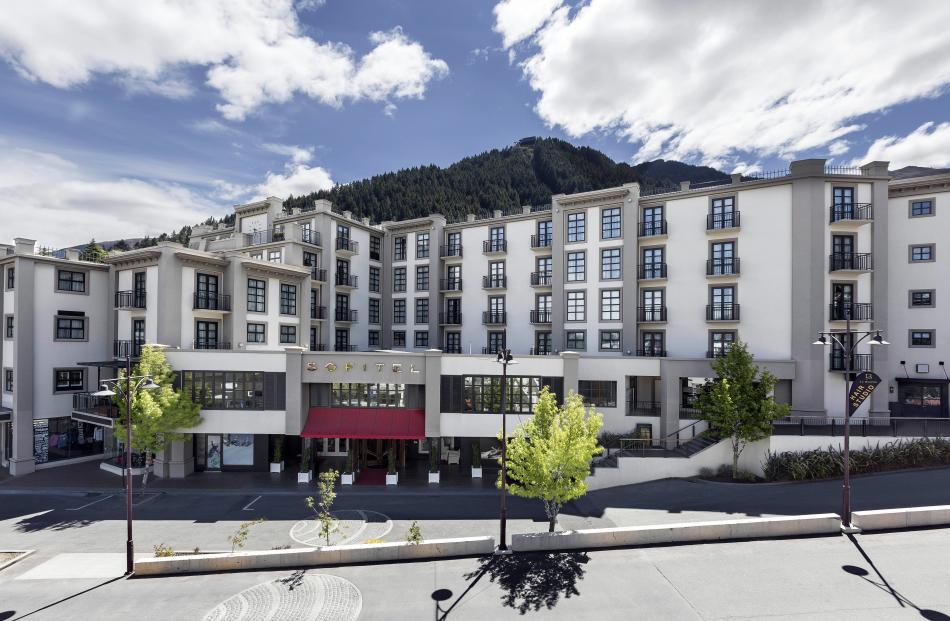 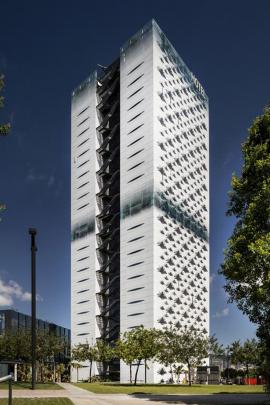 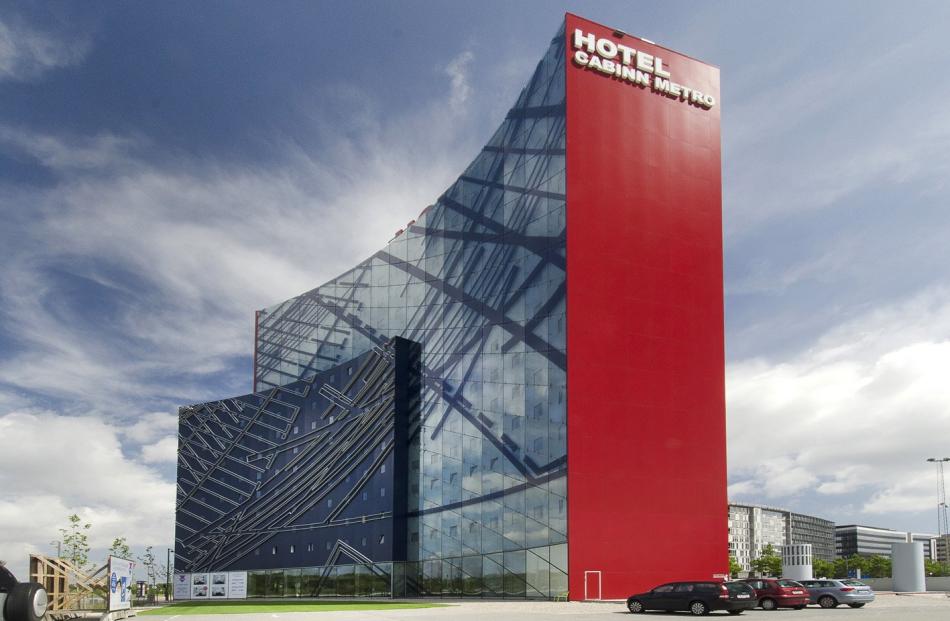 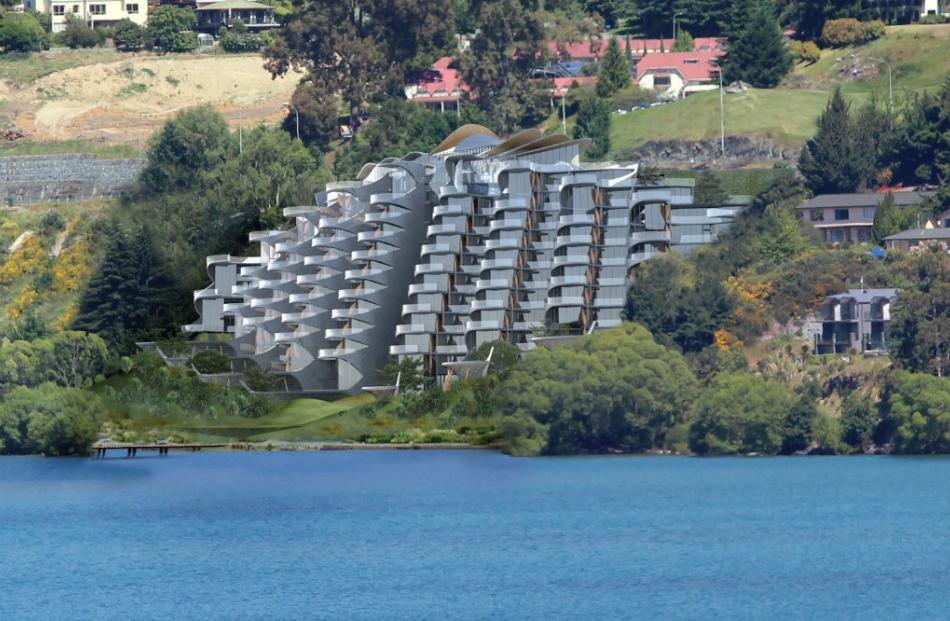 Debate over the design of Dunedin’s five-star, glass tower hotel bid is heating up. Is it a good "fit" for Dunedin? How does it compare against a selection of 10 celebrated hotels from around the globe? You decide.

Three-quarters of the public submissions on the proposed 17-storey Dunedin hotel oppose the plan.

During the past month, 43 people have told the Dunedin City Council what they think of the plan to build a $75 million 64m-high five-star hotel on the corner of Moray Pl and Filleul St.

At the time of writing, 33 submitters oppose the granting of resource consent, nine are in favour and one is neutral, says city council senior planner Campbell Thomson. 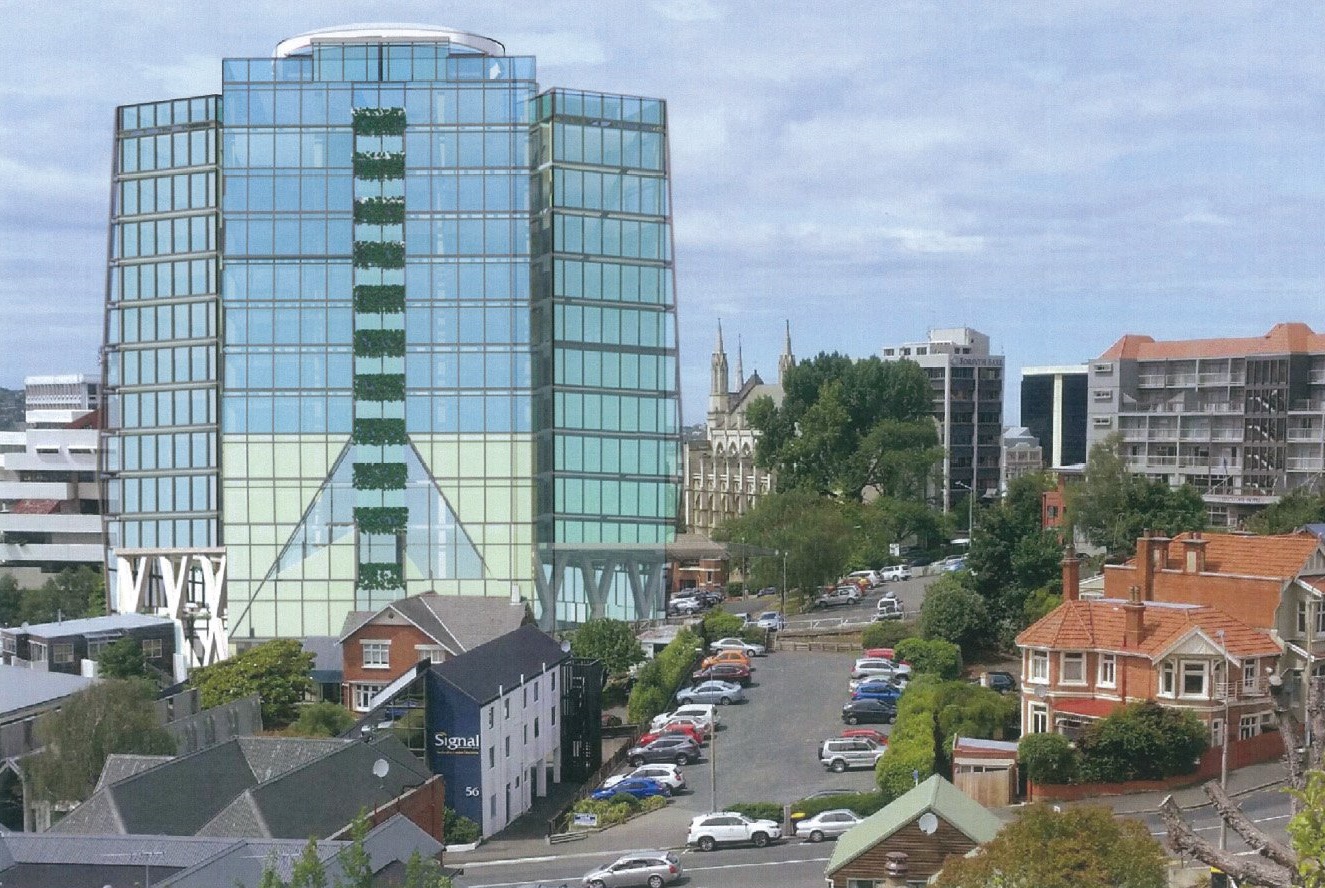 The anticipated view from Cargill St of the hotel proposed for Moray Pl, in Dunedin. IMAGE: PATERSON PITTS GROUP

Opposition centres on concerns about the height and the design of the hotel. Those in favour mostly cite economic benefits. The neutral submission is not opposed to the hotel in principle, but is concerned about the impact of the height.

Mr Thomson says the range of views is "not unexpected".

"It was an issue that came to the fore with the other [hotel] proposal at Wharf St; the height of the building and the effect on heritage values were the major concerns raised in submissions," he says.

"So, it was not unexpected to see those concerns raised with this proposal."

He expects a last-minute rush of submissions.

Tekapo businessman Anthony Tosswill is driving the hotel project. He has applied for consent to build the glass facade three-tower hotel on city council land opposite Dunedin Town Hall.

Mr Tosswill has been working with city council staff on the plan for more than a year. Initial concept drawings, released last October, drew a mixed response. In January, a new design, by Christchurch-based architect Thom Craig  was made public. It features three glass towers around a central core.

Public submissions close on Wednesday 10 May.

The Hilton Hotel at Schiphol Airport, Amsterdam, was the winner of the New Build category in the 2016 European Hotel Design Awards. The 3150sq m 433-room hotel, designed by Dutch architects Mecanoo, is a dramatic piece of architecture. The four-star hotel comprises three main elements: a plinth; a curved cubic hotel set at a 45deg angle to the base; and a passageway connecting the hotel with the airport. The distinctive diamond facade pattern, constructed of a combination of glass and composite panels in white and grey, blurs the boundaries between rooms and floors and unites the three elements as one whole.

The Hoshinoya Tokyo, opened last year, has been named on the Conde Nast Travellers’ 2017 Hot List and has recently won the 2017 Ahead Asia-region Design of the Year Award. The 84-room Japanese-themed hotel, opened in 2016, was designed by Azuma Architects and Associates. It was built in Otemachi, in the heart of Tokyo’s financial district. The facade of the 17-storey hotel is covered in an intricate black metal lattice, replicating traditional kimono patterns. At last month’s Awards of Hospitality, Experience and Design (Ahead), as well as winning Design of the Year, Hoshinoya Tokyo won the Urban Hotel and New Urban Concepts awards.

The Minories Hotel, which has a distinctive rainscreen cladding system with LED backlighting, won the Hospitality Architecture category in the 2016 American Architecture Awards. Opened in late 2014, the four-star 291-bed hotel comprises a seven-storey decorative cube street front and a 16-storey glass tower. The taller block is clad in highly insulated coloured glass. The lower block facade is a solid surface material with inset flush LED strips. Using the LED lighting and a computer-controlled dimming system, the Minories facade slowly changes colour during the hours between dusk and midnight. The architects were from Mackay and Partners.

Montage Palmetto Bluff Inn, in South Carolina, was named in the top five World’s Best Designed Hotels, 2015, by Travel & Leisure. Set within the 20,000 acre Palmetto Bluff community, the resort has had a $100 million makeover and now boasts 200 rooms. The largest element of the expansion was the development of the new Inn, built in classic Southern style, which sits along an expanded lagoon waterway. The Inn was inspired by the mansion built on the property in the early 1900s by prominent racing industry figure R.T. Wilson jun. It was developed by The Athens Group and designed by Hart Howerton, HKS Hill Glazier Studio and Wilson & Associates.

The business-focused city of Dubai wanted an iconic building to rival the Empire State Building, in New York, the Eiffel Tower, in Paris, and the Sydney Opera House, in Australia. It got just that in the Burj Al Arab Hotel. Designed by architect Tom Wright, of the UK, and built on an artificial island in the Persian Gulf, the 321m-tall luxury hotel is shaped like the billowing sail of a yacht. New Zealand firm Fletcher Construction was lead joint venture partner in the pre-construction and initial construction phases of the project. The Burj Al Arab Hotel cost $US1 billion to build. It opened in 1999.

This year’s winners of the world’s most prestigious architecture award designed a hotel in the late 1980s that still looks great.  Rafael Aranda, Carme Pigem and Ramon Vilalta, three architects virtually unknown outside the Catalan region of Spain, have been awarded the 2017 Pritzker Prize. Reporting last month’s award, The Guardian said: "For a glamorous gong that is usually bestowed on star architects for galleries and opera houses, it is a radical departure to see it awarded to an unknown trio who have spent the last three decades quietly improving their own area, designing beautifully made buildings . . . taking great care with how they are sited in the landscape and masterfully using materials to play with light, shade, mass and fragility." One of their first projects was the 32-room Albons Calm Hotel which, at the time, received an award for design originality. It still operates as a popular four-star hotel.

Sofitel Hotel and Spa Queenstown is one of the top hotels in New Zealand and Australia. The 82-room five-star hotel was designed by architects Group CDA Design. It was built by Amalgamated Builders and opened in 2006. At the time, it won the Seismic Tourism and Leisure Commercial Project category in the national RMB 2006 Commercial Project Awards. This year, Sofitel Hotel and Spa Queenstown was named among the top 10 best hotels in Australia and New Zealand in the annual Conde Nast World’s Best Hotels Traveller Awards.

The Renaissance Barcelona Fira Hotel was designed by lauded French architect Jean Nouvel. The 357-room four-star hotel comprises two 110m towers. It was completed in 2011. The facade design represents palm fronds, which double as hotel room windows. Nouvel was the co-founder of the French architectural movement Mars 1976. He won the Pritzker Architecture Prize in 2008, and was made an Officer of the Legion d’Honneur, in 2010.

Copenhagen’s Cabinn Metro Hotel was designed by vaunted, and sometimes criticised, Polish-American architect Daniel Libeskind. The 708-room two-star hotel opened in 2009. The decorative detail on the curved facade represents musical notes, the tune of which was played at the hotel opening. Libeskind is best known for his design of Berlin’s Jewish Museum and Manchester’s Imperial War Museum North. He was awarded the Gold Medal for Architecture at the National Arts Club, in 2007. He has also been criticised for a limited range of designs that can be perceived to ignore their location and context.

Still only a proposal, the Crest Hotel is worthy of inclusion because it is designed by an Otago architect for an Otago site. When built, on the outskirts of Queenstown, the 11-level, 100-unit hotel and managed apartment complex will have cascading balconies emulating the wave action of Lake Wakatipu. Crest is the creation of architect Fred Van Brandenburg, whose Gaudi-inspired design principles have been employed in innovative, eye-catching projects including the headquarters of fashion label Marisfrolg, under construction in Shenzhen, southern China. Van Brandenburg is confident he will find investors for the Crest development, which received consent from the Queenstown Lakes District Council 12 months ago.