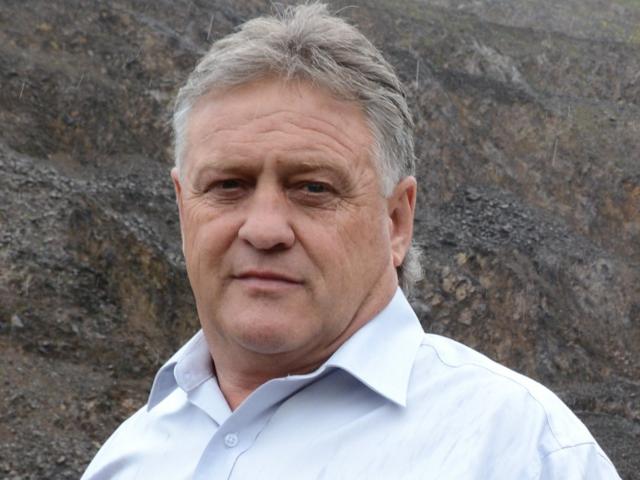 Calvin Fisher.
Dunedin City Council contractors were told not to use rock from the Saddle Hill quarry, going against the organisation's requirement to hold an open and competitive tendering process.

The council said the decision was made by a staff member who mistakenly thought the quarry was not to be used, but Saddle Views Estate Ltd director and quarry owner Calvin Fisher said it was a continuation of 13 years of bias towards his company.

The Otago Daily Times contacted Mr Fisher after hearing there had been communication on the issue between the two parties.

The council and Saddle Views Estate are locked in a long-running dispute over whether the company has resource consent for the quarry.

Last year, the Environment Court ruled while consent had been granted in 1960, the consent was no longer in force.

The company appealed, and the two will return to court on June 6.

Mr Fisher said when contacted the council was ''clearly involved in enticing contractors away from utilising rock from the [nearby] Jaffrays Creek Quarry''.

That was ''in breach of all sorts of requirements''.

Late last year, there had been a contract for work on a slump on Saddle Hill Rd, and the quarry was asked to prepare rock for the job.

On the morning the job was to start, the quarry was told the rock would be sourced from another quarry.

The added cost for the contractor involved to cart rock from another quarry to a job within 400m of the quarry entrance would have been ''enormous''.

Mr Fisher said another project taking the rock from elsewhere would have cost $1000 extra a day in trucking alone as it was double the distance.

That cost would be borne by ratepayers.

Mr Fisher said he had also noticed ''significant drop-off of client usage at a time when that shouldn't be the case''.

He described the issue as ''bias that's continued from this council for over 13 years''.

''Contractors need to know the process is open, it's not biased, best price wins, quality wins, and favours aren't given to friends.''

He had sought legal advice and quantified potential loss, but the court case was ''a bigger issue''.

Council chief executive Sue Bidrose said: ''One staff member was under the mistaken impression we weren't supposed to use Saddle Hill.''

Dr Bidrose said in case anybody else thought that, an email was immediately sent about Christmas-time to staff saying it was not the case.

While the council was trying to ascertain the extent of the company's resource consent, there was ''absolutely no prohibition on using Saddle Hill quarry''.

She said the council was required to hold open competitive tendering, and should not be ''selecting people it liked rather than those it didn't like''.

''It would be completely inappropriate of me to take some side activity to shut them down.''

Mr Fisher said his company had a consent to quarry.

''We're a legal entity, we shouldn't have to keep explaining ourselves to the public.''