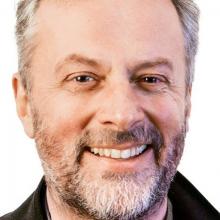 Lee Vandervis.
The Dunedin City Council’s committee appointments may be in for a change  before they have even been approved, after Cr Lee Vandervis refused a role then realised it could have been "an acceptable position after all".

Cr Vandervis apologised to Mayor Dave Cull after realising a hearings committee role he had declined "as a sop to council involvement" was in fact a more responsible appointment.

But by that time, the role had been changed and offered to another councillor.

However,  Mr Cull said yesterday he would consider rearranging the structure of the committees early next year to allow Cr Vandervis to take the role.

When approached for comment last night, Cr Vandervis said: "If Mayor Cull wants to offer me a role that has a chairs’ representative function, he should do that now.

"A week is a long time in politics and who knows what will happen by the new year?"

The pair are mired in a defamation claim taken by Cr Vandervis.

At the last election, Mr Cull gave him no roles leading committees, saying at the time he had no confidence he could contribute constructively.

The new council will on Tuesday vote on Mr Cull’s appointments to the committees.

One of those was to have been Cr Vandervis’ appointment to head the hearings committee, in charge of the councillors and commissioners who hear resource consent applications.

As part of the role, he would have been involved in meetings of the chairmen and chairwomen who head other council committees.

He would also have been deputy chairman of the infrastructure services committee and bylaws subcommittee.

But in an email to Mr Cull on Wednesday, Cr Vandervis said he considered the roles "inappropriate to my skill set and experience".

"For you to be suggesting no standing committee chairmanship but instead deputy roles for me is insulting, and for you an abuse of your mayoral powers."

"If this later wider involvement chair of hearings position was to be the case for the next triennium, then I apologise to you for rejecting as marginalising what might have been an acceptable position after all.

"I recognise that it is probably too late to change course now that other arrangements have been made, but wanted to apologise anyway for rejecting your offer ..." Cr Vandervis said.

Mr Cull said he had rearranged the role since Cr Vandervis turned it down, making the hearings committee a subcommittee and appointing Cr Kate Wilson as chairwoman.

However,  if Cr Vandervis wanted the role he was willing to have another look at the situation in the new year, and see if the original arrangement could be reinstated.

Mr  Cull said the role offered to Cr Vandervis was not an olive branch.

His proposed appointments were based on the criteria of the best skill sets and the best mix of those skill sets.

Cr Vandervis had been "doing very well" on resource management committees, and previous chairman former councillor Andrew Noone had recommended him.

"I felt that he would do a good job."

Cr Vandervis told the Otago Daily Times yesterday  he had made an early request to be considered for the chair of infrastructure services "where my strengths have been obvious, anticipating both mud-tank maintenance flooding and cycleway debacles", but was declined.

"I learned only today that this position was intended to be included in council chairs meetings, which would have introduced some representative function which I might have been interested in.

"Decisions have been made, however, so that I have no chairmanship position, these all going to Greater Dunedin councillors and [Cr David] Benson-Pope as before.

Oh the irony of seeing this story online with just below it, 'The makings of a very good council’ and a photo of the Mayor.

There is more likelihood of there being a good council if there is less petulance and intemperate behaviour from members.