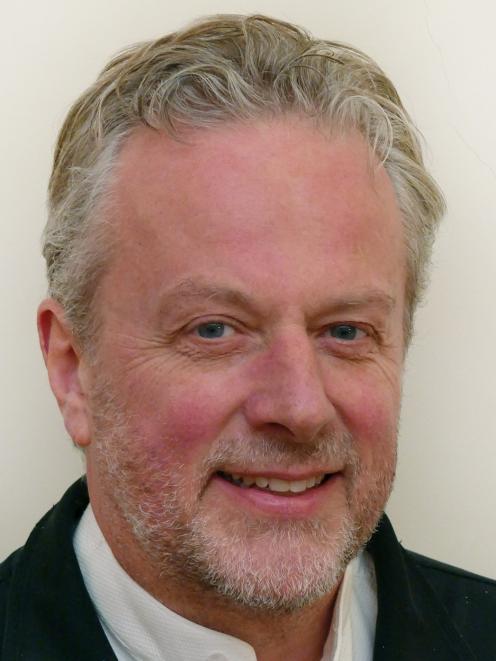 Lee Vandervis
Dunedin city councillors will consider sanctions against one of their own, when the findings of an investigation into ‘‘aggressive’’ behaviour by Cr Lee Vandervis are debated next week.

Cr Vandervis was the subject of a Code of Conduct complaint after being accused by a Dunedin City Council staff member of ‘‘loud, aggressive and intimidating behaviour’’ towards her during an exchange over a parking ticket in September.

An independent report into the incident, made public this week, concluded Cr Vandervis’ behaviour breached the council’s code of conduct on three counts.

That was despite Cr Vandervis’ continued denials and claims the complaint was ‘‘politically motivated’’.

The report by independent investigator David Benham detailed the September 13 incident, which began when Cr Vandervis came to the council’s Civic Centre customer services desk about 10.30am.

She maintained Cr Vandervis was trying to get a parking ticket waived — a claim Cr Vandervis disputed — as the exchange escalated.

She told the councillor a written form needed to be filled out, but he refused, and became ‘‘loud, aggressive and intimidating’’ while ‘‘leaning over the counter trying to intimidate her and waiving his finger at her’’.

The staff member said the exchange ended when Cr Vandervis told her: ‘‘See you in court,’’ the report said.

The woman was left ‘‘shaken and upset’’ and filed a formal complaint on September 18, prompting DCC chief executive Sue Bidrose to appoint Mr Benham to investigate.

He interviewed the complainant, seven other council staff and one member of the public who all witnessed the incident, and Cr Vandervis.

All witnesses were ‘‘consistently of the same view as expressed above by the complainant,’’ he wrote.

‘‘A number of the women said they would have been in tears had it been them,’’ Mr Benham wrote.

Cr Vandervis took ‘‘quite a different view’’, telling Mr Benham he was there to address issues with parking meter signage, not his own parking ticket, and denied being loud, aggressive or intimidating.

He also disputed saying ‘‘see you in court’’, instead insisting his comment was: ‘‘If you want to take this to court, I’m happy to argue.’’

He believed the complaint was ‘‘politically motivated’’ in the run-up to October’s local body elections — a claim denied by the complainant.

Mr Benham also reviewed CCTV footage, which had no sound but clearly showed ‘‘gesticulating and finger-pointing’’ by Cr Vandervis.

The councillor’s decision to post the footage on social media — before the investigation was complete — was ‘‘unfortunate and inappropriate’’.

His description of the staff member as ‘‘very unpleasant’’, also posted on social media, was also contrary to the statements of witnesses who said she remained polite and calm throughout, and added to her distress.

Cr Vandervis had ‘‘materially breached’’ the council’s code of conduct on three counts, including a requirement to ‘‘treat all employees with courtesy and respect’’ and not publicly criticise them, Mr Benham concluded.

Councillors would consider the report, and decide whether to accept its findings and impose any sanction, at Tuesday’s full council meeting.

Cr Vandervis could attend and make a statement in his defence, but would then be able only to observe proceedings.

Potential sanctions ranged from a letter of censure or a request for an apology, to a vote of no confidence in the councillor, restricted staff access or his temporary suspension from council committees.

Councillors could even decide to invite him to consider resigning as a councillor.

Alternatively, Cr Vandervis could be asked to take actions — such as an apology — which avoided the need for sanctions.