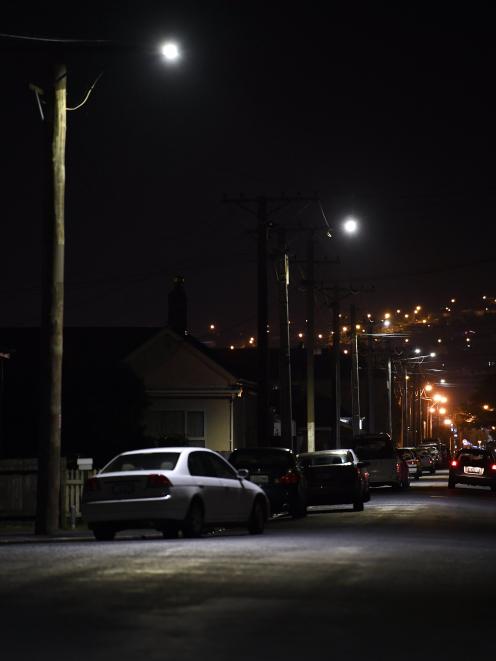 Dunedin's new LED street lights like the ones being trialled in Melbourne St can have sensors added to them to monitor traffic and pedestrian movements in the city, although the Dunedin City Council says it has no plans to use the technology at this stage. Photo: Stephen Jaquiery
Dunedin's smart new street lights will be able to double as monitoring tools, but there is no plan to use the technology.

The lights have already been installed in Melbourne, Oxford and Fawcett Sts as part of a trial.

Three companies have bid for the contract to supply the lights and a central control system, which will govern the brightness of the LEDs.

But the technology which powers the lights is also able to be used for monitoring.

Sensors, microphones and even cameras can be attached to the circuitry to monitor traffic and pedestrians.

Council transport manager Richard Saunders said there were no plans to incorporate the technology into the new lights, though the council might consider it.

Feedback from residents on lights installed in South Dunedin was still being received and a summary would be released early next year.

Software would be used to monitor factors such as energy consumption and the presence of faults, Mr Harris said.

There was already a network of CCTV traffic cameras and traffic monitoring counters on state highways which provided information on traffic, road conditions and weather.

Why so coy? Monitor and surveil.